Belle is an animated film of Japan released in 2021. It’s a science fiction fantasy film written and directed by Mamoru Hosoda. The story is based on Jeanne-Marie Leprince de Beaumont’s 1756 French fairy tale Beauty and the Beast, with Hosoda drawing inspiration from the 1991 Disney animated film.

The film had its global premiere on July 15, 2021, at the Cannes Film Festival, where it has been warmly welcomed by reviewers, receiving a fourteen-minute standing ovation. On July 16, 2021, it was released in Japan as a theatrical release. The film was licensed by GKIDS for a countrywide release on January 14, 2022, with previews in select IMAX theatres on January 12, and was released in the United Kingdom by Anime Limited on February 4, 2022.

This film is also 3rd highest-grossing animated of Japan accounting for over 6.3 billion yen. The picture grossed $1.6 million in its first weekend in the United States from 1,326 theatres, for a total of $1.8 million over the four-day Martin Luther King Day holiday period. With $570,213, the film fell out of the top ten at the box office on its second weekend.

Company Chizu received assistance from experienced Disney programmer and character artist Jin Kim and Michael Camacho on the design of Belle, and studio Cartoon Saloon on the backdrop work of the world of U.S.A. while working on the project.

As we have already mentioned that this is 3rd highest-grossing Japanese animated film, there is no wonder fans are demanding its digital and Blu Ray release to enjoy it in their homes. The creator of the show, Mamoru Hosoda already announced the release date of its digital release and Blu-Ray release. The producers GKIDS Films announced it by a tweet in which they mentioned that the Blu-Ray/DVD hard copy will be available in stores in Japan from May 17th, 2022.

Belle (2021) will release digitally on GKIDS on May 3rd, 2022. Fans can enjoy this movie by subscribing to a premium version. Studio also announced that on May 17, they will release Stealbooks of this film exclusively on Target.

So, that’s all the information we have got, for now, if we get any further updates on rescheduling this date on any condition, we will make sure to update the page with the newest dates they will announce, however, this date not going to change.

Suzu Naito is a seventeen-year-old Japanese high school student from the remote Kchi Prefecture. She grew up with a close relationship with her mother, who encouraged her to pursue her passion for singing and songwriting. Suzu, on the other extreme, saw her mother put her life at stake to rescue a child from a rushing river. Suzu became unable to sing as a result of the traumatic experience, which drove her to resent her mother for “abandoning” her for a random stranger child.

Despite her father’s best efforts, she has grown distant from him as a result of the incident. Except for her childhood buddy Shinobu Hisatake, on whom she has a crush; popular girl Ruka Watanabe; sporty classmate Shinjiro Chikami, nicknamed Kamishin; and her brilliant best friend Hiroka Betsuyaku, she is estranged from most of her classmates. Suzu joins the popular virtual world known as “U” on Hiro’s advice and develops a lovely avatar with freckles she names “Bell,” the English translation of her own name’s meanings. Suzu discovers that she can sing but she used to after logging onto U.

Bell’s freckles are initially criticized, but after repeated appearances, while singing and with the help of Hiro, who has designated herself as Bell’s manager and producer, Bell quickly becomes a big star. People begin to refer to her as “Belle,” which means “beautiful” in French, as a result of her popularity.

Suzu assumes Shinobu is the one Ruka loves until Ruka confirms that one she likes is Kamishin, as both Ruka and Shinobu are by far the most famous students at school. Ruka and Kamishin are ready to acknowledge their affections for one other with Suzu’s aid.

READ MORE: WHEN WILL SEASON 8 OF LEGENDS OF TOMORROW RELEASE? 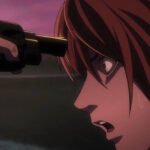