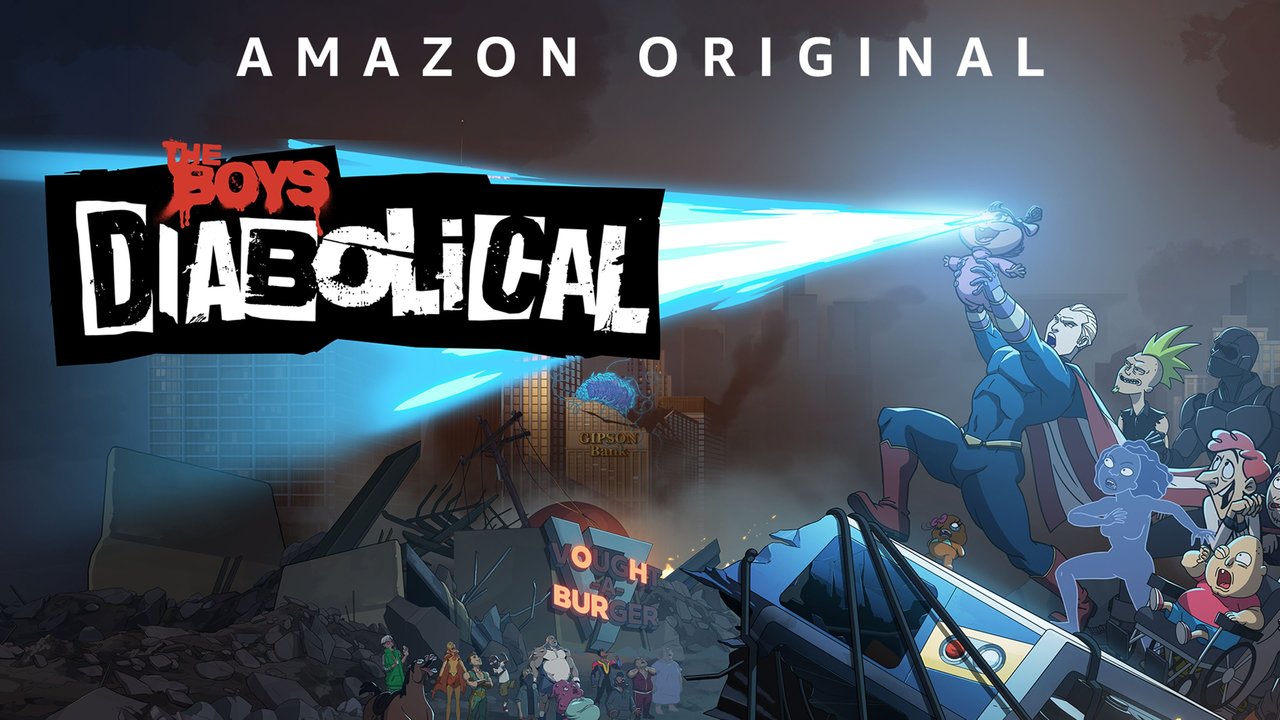 The Boys Presents: Diabolical is an adult animation series based on the comic book ‘The Boys’ by  Garth Ennis and Darick Robertson. The series has a total of eight episodes directed in a unique animation style and has a running time of 15 minutes each. The series consists of short stories portraying the events happening in The Boys universe.

The first season of The Boys President: Diabolical was premiered on March 4, 2022, on Amazon Prime Video, and the audience is already ready for a second season. This shows that the series conquered the hearts of millions of people with its quality content, storyline tone, and animation style. Though the creators haven’t made any official announcements about the release date of Season 2, they have left us with hints.

In the recent interview that happened in march 2022, the executive producer Erik Kripke mentioned that he and his team have many ideas that would help them continue the show. What more do we want? Like they have got ideas, and all they have to do is polish them and bring them to us. Yeah, it’s not as easy as it sounds, but still, we can hope for season two. So if Amazon Prime renews the series we can expect season 2 of The Boys President: Diabolical anytime in the quarter of 2023. Since they haven’t made any official announcements let’s keep our fingers crossed and wait for the good news to reach us soon.

The first season of The Boys President: Diabolical has eight short films written and directed by different directors and writers. The most significant part of each episode is that they have a unique animation style that adds beauty to the storyline. The eight episodes are written by many writers, Seth Rogen and Evan Goldberg(episode 1), Justin Roiland and Ben Bayouth(episode 2), Garth Ennis(episode 3), Eliot Glazer & Ilana Glazer(episode 4), Awkwafina(episode 5), Aisha Tyler(episode 6), Andy Samberg(episode 7), and Simon Racioppa(episode 8). The first episode is “Laser Babies day Out” directed by Crystal Chesney Thompson and Derek Thompson.

The story is about Sky, who is a new girl in the town. She steals powers to make friends. The sixth episode is “Nubian vs Nubian” directed by Matthew Bordenave. The story is about a young girl who tries to hold her parents who are on the verge of getting a divorce. The seventh episode is “John and Sun-Hee” directed by Steve Ahn. The story revolves around a John whose wife is struggling with cancer. So he tries to save her using powers. The final episode is “One Plus One Equals Two” directed by Jae Kim and Giancarlo Volpe. The story begins when Homelander joins team Seven followed by the struggles he faces to stay in the team. This brings us to the end of season 1 of the animated series.

Where To Watch The Boys Presents: Diabolical?

The Boys President: Diabolical Season 1 is available to watch on Amazon Prime Video.

MUST READ: WHERE TO WATCH GANGUBAI KATHIAWADI ONLINE? KNOW THE DETAILS HERE!