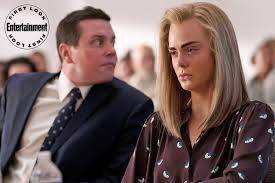 Dramas based on real-life always managed to grab the audiences’ attention. The element of truth adds to the drama. Dramas have something for viewers of every genre. They intrigue thriller lovers and make for the perfect viewing experience. The Girl from Plainville is a real-life-inspired drama. The Hulu TV series is based on a case that had received tremendous attention in the news and media. The case was immensely popular and the scenario was shocking. Created by Liz Hannah and Patrick Macmanus, the trailer of the show has been released and the response has been welcoming.

The Girl From Plainville Release Date

The Girl from Plainville is set to release on 29th March 2022. With its release nearby, the show is in news these days. Fans want to know as much as they can about the show. Especially considering the fact that the show is inspired by a true story, the excitement is contagious. When the case had occurred years ago, public speculation was also rife. Perhaps it is this connection that makes the show a fan favorite. The reception will only be decided after release but the initial reactions look fantastic.

Is The Girl From Plainville Is Based On A True Story?

The Girl from Plainville is the journey of finding the guilty from the innocent. The show discovers how people are driven to suicide. How seemingly normal people living normal lives reach a point where the only option is so extreme. The Girl from Plainville as a TV series is expected to deal with all of these elements. The episodic serialization will allow vivid exploration of the subject. The case had popularly come to be known as “texting-suicide”. A journalist named Jesse Barron had written a well-researched article over the same. The said article was published back in 2017 in Esquire. The show is mainly based on Barron’s article. The first look of Fanning as Michelle is out and fans are liking it.

The story revolves around The Girl from Plainville named Michelle Carter. Carter is a 17-year-old and is in a relationship with Conrad Roy. After Roy’s sudden suicide, an investigation commences that unravels many secrets. Carter, Roy’s girlfriend, and the prime suspect is ultimately convicted for involuntary manslaughter. However, why things happen the way they did and the process of the investigation as secrets come forth is what makes the series intriguing. In the trailer, Carter can be seen claiming that she is about to narrate her love story. However, it is this love story that ended Conrad’s life. After his death in 2014, many facts about the couple became known.

As the release date of the series, nears, viewers have been trying to find more information about the series. A frequently searched question is whether or not The Girl from Plainville is based on a true story. It is confirmed that not only is the series inspired by true events, it is in fact totally based on a high-profile case. The series grapples with convoluted territories of suicide and manslaughter. It is thus essential the topic is dealt with sensitivity. The makers have done an excellent job at the casting. The prosthetics have further ensured that the actors resemble their respective parts.

The Girl From Plainville Cast

Where To Watch The Girl From Plainville?

Viewers can watch The Girl from Plainville on Hulu. As a prior viewing experience, parts of the series can be viewed on SXSW from the 12th of March 2022. 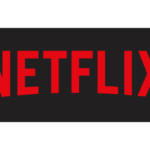 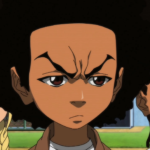