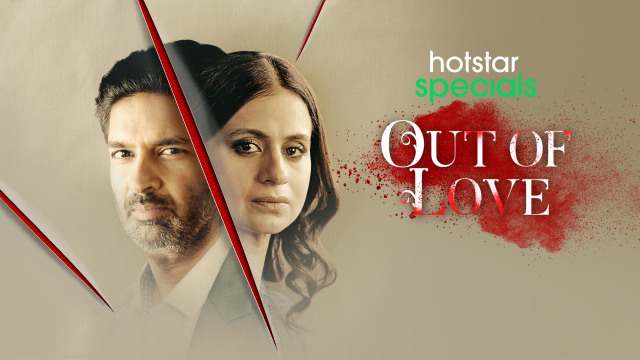 Many of us have heard about the BBC famous thriller and drama series doctor foster and here we are with the Indian adaption top the show. Out of love is an Indian thriller and drama series based on a cheating husband and the consequences he and the family have to face while he tries to seek revenge on his wife while she pushed him away from his son. The series has received two seasons already with quite a huge fanbase along with a 7.1 IMDb rating which is quite amazing and makes the show worth a watch for all. The entire two seasons of the series are Hotstar exclusives and after the very successful release of the second season, fans have been already anticipating the third season. Unfortunately, we haven’t received any updates regarding the third season of the show and there isn’t also much hope regarding season 3 if the format of doctor foster is being followed.

the show has been written by Suyash Trivedi, abhiruchi chand, Preeti mamgain, and Rajesh Chadha and stars the brilliant Rasika Dugal and Purab Kohli in the lead roles of the show and can be considered a must-watch for all those thriller lovers out there.

Out Of Love Season 2 Release Date

Out of love has a total of 2 seasons with each season having a total of 5 episodes each following the exact pattern of doctor foster. The first season of the show came out on the 22nd of November 2019 and after nearly more than a 1-year gap we received the second season of the show which released its first two episodes on 30th April 2021 and the final episode of the season 2 was received on 21st of May 2021.

We have received any updates regarding the third season and if there is any it will be a complete extra addition by the writers to the storyline of doctor foster and the entire process will take nearly a time of 1-2 year for production purposes. Each episode of the show till now had an approximate runtime of 45- 55 minutes.

Out Of Love Season 1 Story

The first season of the show has a total of 5 episodes and the story starts with the depiction of the beautiful household the Kapoor have and everyone is happy but soon the plot twists come when Meera becomes very much suspicious of Akarsh after she finds a highlighted hair on Akarsh’s coat whereas she hasn’t got any highlighted hair.

A lot of investigation goes on through the first few episodes of the season until and unless the dark truth of akarsh comes out when Meera catches glimpse of Akarsh kissing one of her own friends, Alia. Soon when she was just trying to cope with such a tragedy, her professional life as a doctor continues pushing her limits till her backs against the wall. Soon season 1 of the show ends with a chaotic dinner between the Kashyap and Kapoor which ends up sending akarsh far away to Delhi regarding his business matter and peace resides back into their household but not for long.

Out Of Love Season 2 Story

It has been nearly 3 years since akarsh has left and Meera and Abhi are doing well in their lives but soon we see the return on akarsh seeking revenge on Meera for separating him from his son, Abhi. We see a lot of drama and a lot of cursing throughout the entire series while meera goes on handling blows from akarsh in different ways. Though in this whole situation Abhi goes on suffering. Towards the end of the series, we see Meera trying to kill akarsh with her car but to know what happens to akarsh after that we need to watch the finale episode of season 2.

Where Can We Watch Out Of Love?

Both the seasons of out of love are currently available only on the Hotstar streaming platform as it is a Hotstar original series.

Out Of Love Season 2 Trailer

The trailer for season 2 of the show is currently available on YouTube along with the trailer for the first season of the show. To know more about the series readers can surely check them out. 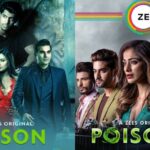