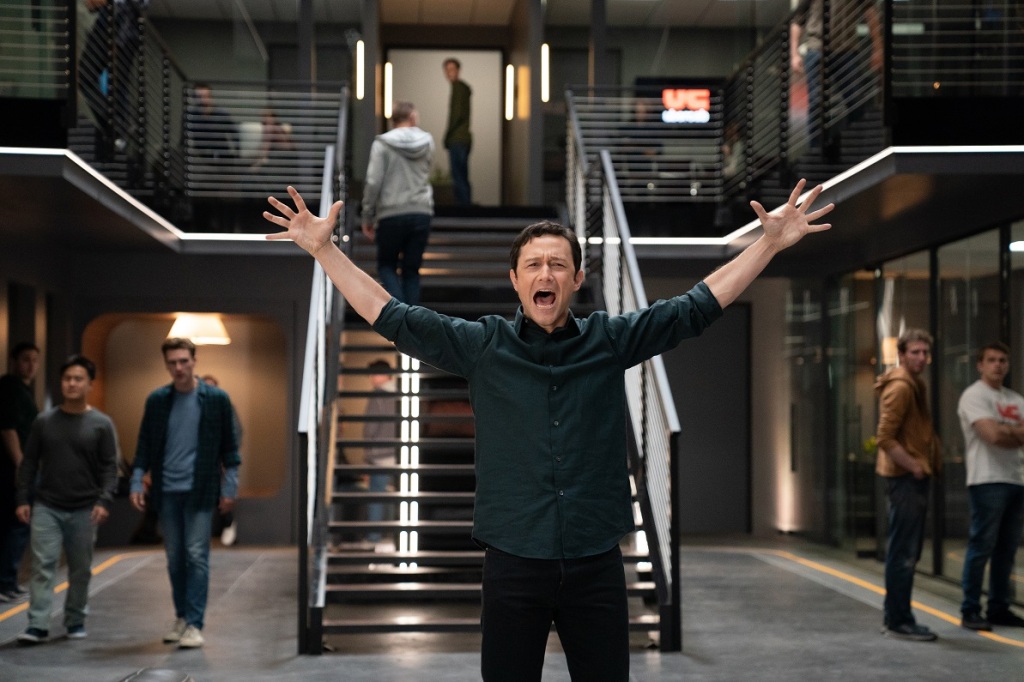 Super Pumped is an anthology drama series of America created by Brian Koppelman and David Levien. This television drama was inspired by a 2019 nonfiction book by Mike Isaac of the same name. The first installment, titled “The Battle For Uber”, is based on a book by Isaac and follows former Uber CEO Travis Kalanick, through his rise and fall. It aired on Showtime on February 27, 2022, and starred Kyle Chandler and Elisabeth Shue. The show was renewed for a second season ahead of its premiere, which will be based on a different upcoming book by Mike Isaac on Facebook.

The first season will follow the roller-coaster ride of Uber, one of Silicon Valley’s most successful and violent companies, from the perspective of its CEO Travis Kalanick, who is eventually ousted in a boardroom coup following tense domestic and foreign battles with unforeseeable consequences. Other stories of enterprises that have influenced culture will be explored in future series.

StartUp is a Ben Ketai-created streaming television drama series of America that launched on Crackle on September 6, 2016. Edi Gathegi, Adam Brody, Otmara Marrero, Martin Freeman, Addison Timlin, Ron Perlman, and Mira Sorvino appear in the series. The series was revived for a season 3 on 15th November 2017, and it premiered on 1st November 2018. The program was released on Netflix on May 4, 2021.

The story of the program follows the emergence of GenCoin, a brilliant yet controversial tech idea centered on virtual money idea that gets cultured on the side of the tracks by 3 unknown people who do not necessarily fit the mold of tech entrepreneurs and a crooked FBI agent that will go to any distance to bring them down.

Silicon Valley is a comedy-drama series of United States, that was created by Mike Judge, John Altschuler, and Dave Krinsky released on HBO. In India, this show is available on Disney+ Hotstar. Richard Hendricks, a software engineer at Hooli, builds the Pied Piper app, which includes a groundbreaking data compression method. Richard hires inhabitants of Erlich Bachman’s startup company, notably Bertram Gilfoyle and Dinesh Chugtai, as well as Jared Dunn, who also fled from Hooli, and Peter Gregory buys a stake in Pied Piper. Meanwhile, despite his lack of qualifications for the job, Nelson “Big Head” Bighetti accepts a significant promotion at Hooli.

Jesse Armstrong created the American black comedic drama television series Succession. It debuted on HBO on June 3, 2018. In India Succession is available on Disney+ Hotstar. The story follows the Roy family, the chaotic owners of Waystar RoyCo, a global entertainment and media powerhouse, as they vie for control of the firm while Logan Roy’s health is questioned.

The Roy family, who own the media conglomerate Waystar RoyCo, are the next in lineLogan Roy, the housefather, has been ill for quite some time. His four children – distant eldest son Connor, power-hungry Kendall, humorous Roman, and politically astute Shiv – all with varying degrees of ties to the corporation, begin to plan for a future without him, and each begins competing for prominence within it.

NEXT-READ: 12 SHOWS LIKE BETTER CALL SAUL THAT ARE ENJOYABLE!

David Levien, Brian Koppelman,(Creators of Super Pumped also), and Andrew Ross Sorkin created the American drama television series Billions. The show debuted on Showtime on 17th January 2016 and has now aired six seasons in total. Large financial cities, most famously New York and Connecticut, are frequently featured in the series. As this show is also created by the creators who created Super Pumped, it will be a good show for you. Some plotlines are based on real-life federal financial criminal prosecutions.

Preet Bharara, the United States Advocate for the Southern District of New York in Nyc from 2009 to 2017, about whom Rhoades is based, was the inspiration for the series. Chuck Roades (Giamatti) of the United States Attorney’s Office for the Southern District of New York is pursuing hedge fund kingpin and well-known humanitarian Bobby “Axe” Axelrod (Lewis). A collision course approaches, with each side employing all of their enormous intelligence and clout to outmaneuver the other.

Scam 1992: The Harshad Mehta Story is an Indian Hindi-language financial thriller series that was directed by Hansal Mehta and co-directed by Jai Mehta which is currently running on SonyLIV. The show was based on journalist Sucheta Dalal and Debashish Basu’s book The Scam: Who Won, Who Lost, Who Got Away, which was based on a 1992 Many stockbrokers in India, including Harshad Mehta, have been involved in a stock market scam. Vaibhav Vishal, Sumit Purohit, Saurabh Dey, and Karan Vyas wrote the screenplay and dialogues.

Harshad Mehta is an ordinary Gujarati salesman who lives with his parents, wife Jyoti, and brother Ashwin in a tiny one-room apartment in Mumbai’s Gujarati-dominated district of Ghatkopar. He joins the Bombay Stock Exchange as a “jobber” after completing a variety of odd jobs. He soon establishes his consulting firm because he is dissatisfied with his progress. Later he quickly accumulates a large amount of fortune by exploiting market flaws and bribing various officials. In a parallel story, journalist Sucheta Dalal is looking into Mehta’s firm after receiving information from a bank employee concerning Mehta’s involvement in a State Bank of India scam.

The Netflix original series Dirty Money recounts stories of corporate wrongdoing, securities fraud, and inventive accounting. On January 26, 2018, Netflix began broadcasting all six one-hour episodes. Alex Gibney, an Oscar-winning documentary director, is one of the show’s executive producers. Each episode focuses on a single case of corporate wrongdoing and features interviews with key individuals in the case. The show’s second season aired on March 11, 2020.

Lee Daniels and Danny Strong produced the American drama television and streaming show Empire for Fox. Imagine Television and 20th Century Fox Television collaborated on the show, which is syndicated by 20th Television. The program is set in New York and is filmed in Chicago. The show revolves around Empire Entertainment, a fictional hip hop entertainment & Music firm, and the drama that ensues as generations of the founders’ family vie for control of the company.

Lucious Lyon is the CEO of Empire Entertainment, a hip hop entrepreneur, and a former drug dealer. Lucious is compelled to choose a successor from among his progeny to manage his dynasty after he is told of his own impending early death due to a medical ailment. He starts grooming one of his three kids — Empire CFO Andre, Singer-songwriter Jamal, and rap artist Hakeem – to take over all the family business. Lucious puts everyone against each other in the process. Cookie Lyon, Lucious’ ex-wife, is released from jail after completing a 17-year term, and she vies for control of the firm as well as her sons.

Mad Men is a television period drama show of America that was produced by Lionsgate Television and created by Matthew Weiner. From July 19, 2007, until May 17, 2015, the series aired on the cable network AMC, lasting seven seasons and 92 episodes. It takes place between March 1960 and November 1970 in a fictional timeline. Mad Men begins with the fictitious Sterling Cooper advertising firm on Madison Avenue in Manhattan, New York City, and continues with the newly formed Sterling Cooper Draper Pryce, near the Time-Life Building.

Christopher Cantwell and Christopher C. Rogers created the American period drama television series Halt and Catch Fire. From June 1, 2014, until October 14, 2017, it broadcast on the cable network AMC in the United States, spanning four seasons and 40 episodes. Set between 1983 and 1995, the series portrays a fictitious insider’s view of the 1980s computing market and the early 1990s emergence of the World Wide Web.

The title of the show alludes to the computer machine code instructions Halt and Catch Fire (HCF), which when executed causes the computer’s central processing unit to shut down (and facetiously catch fire). Cantwell and Rogers’ first employment in television was on Halt and Catch Fire. They wrote the pilot in the hopes of landing a career as writers in the industry, but instead, AMC offered them a series of their own. Cantwell’s background in Dallas–Fort Worth’s Silicon Prairie, where his dad worked as a software salesman, as well as the writers’ later research into Texas’ significance in personal computing advancements in the 1980s, inspired the plot.

Matthew Carnahan created the American comedic television series House of Lies. The episode is based on Martin Kihn’s book House of Lies: How Consulting Firms Steal Your Watch and Then Tell You the Time, which aired on Showtime on January 8, 2012. Kihn is a former consultant at Booz Allen Hamilton. It revolves around a gang of consulting firms that will go to any length to close business deals. The series was terminated by Showtime on May 17, 2016, following five series, with the final season aired on June 12, 2016.

The sitcom follows Marty Kaan (Don Cheadle), a dishonest, unscrupulous, determined, and frigid management consultant, in both his personal and professional worlds. Marty used to be a successful partner at Galweather Stearn, where he led a team that included engagement manager Jeannie van der Hooven (Kristen Bell) and partners Clyde Oberholt (Ben Schwartz) and Doug Guggenheim (Josh Lawson). He eventually leaves this job to start his own business, Kaan & Associates.

ALSO READ: 6 SHOWS LIKE REPLY 1988 THAT ARE AVAILABLE TO STREAM RIGHT NOW!