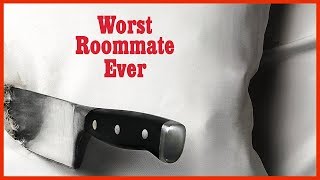 Here comes once again a crime thriller true docu-series which shows you the worst ever roommates that bring the life of their owners to hell. The series got released under the production of Blumhouse Television and was directed by Domini Hofmann who is a producer too. The series is based on an article that was published in the New York magazine in 2018 that described the same thing.

Season 1 has recently released on March 1, 2022, and has covered its stories in five parts. The series is pretty good for the crime thriller genre, and best fits into too. Although, with limited stories that are complete in the period of 30 to 60 minutes, the series is best for its genre lovers. About its season 2, three are no updates yet, and it will take some time too to decide to launch its next installment or not. As it all depends on the ratings and the reviews, the makers have to wait for a little for that to make any judgment. Till then, just give it a watch.

The series is divided into five parts with four parts showing the terrific story of a new person. The first part shows the story of an eighty-year-old woman Dorothea Puente who runs a boarding house. It is to be noted that she has killed a total of nine people in her eighties, but still, she has no regret about it. She takes the social security cheques following the deaths of the people. After a person gets disappeared from the house, the investigation starts and the police found seven dead bodies from the property and charged Puente. Later, she died in the prison in 2011.

The next story is about the mysterious death, no murder, of Maribel Ramos, who was a 36 years old college student who served in the Iraq military and got disappeared in California. Her family and friends made her disappearance report. Police investigates the case and got to know about her roommate KC Joy. When asked, he constantly referred to Ramos in the past tense and said that his English is weak, that’s why he is mistakenly doing mistakes. On further research, he was found surfing in a library computer on how long do bodies take to decompose. It was revealed that he argued with Ramos the day before she died. Actually, he was in love with her but, his feelings does not reciprocate and did not give the same results. He was found guilty and got a prison sentence of 15 years.

Another story is the attempt of murder and fraud by Youssef Khater to Callie Quinn, a college graduate. However, it was later revealed that he had also done scams and fraud previously. In this case, he attacked Quinn over her head with metal, and try to burn her alive, but she survived, although got nine stitches in her head and got suffocated. On investigation, he insisted that he did not intend to kill her. In the last, he got a jail of 602 days in total.

The next case in the series is of Jamison Bachman, whose story is so troubling that it takes two episodes to cover. Alex Miller made a post to rent her spare bedroom. Jed Creek pretends to be a lawyer, takes her bedroom on rent but, in reality, he was Jamison itself, who was not a lawyer, surrounds here and there, takes rooms on rent, gives no money to the owners, stole things, and violent them. He later attacked Miller and got arrested too. Getting out on bail by his brother, he murdered him shortly, and suicide in the prison before the trial could begin.

Where Can You Watch Worst Roommate Ever?

You can binge the series on Netflix, as it got released on it first. Watch the series once, and you will then be careful after renting your space to anyone.

The series follows four criminals, Jamison Bachman, Dorothea Puente, Youssef Khater, and K.C. Joy, as they are the mains of the show. Family members and the friends of the victims and the police officials have also been interviewed as they are also important.

MUST-READ: When Are We Getting Severance Episode 4 Release Date?