Crime thrillers and murder mysteries are the genres we never get tired of. Let it be books or movies, they always impress us. We will be even ready to skip meals until they reveal the suspense or solve the mystery. If the show is similar to a series like Unbelievable, then it’s decided it will blow our mind and our brain should be ready to think in all the crooked ways possible to see how the creators take the story ahead. So if you loved the miniseries Unbelievable, then these are a few shows which you should add to your movie list.

Lost Girls is an American drama directed by Liz Garbus and written by Michael Werwie. The drama is a true story of the missing of a 24-year-old sex worker, Shannan Gilbert in New York. A book was also released based on this true story titled ‘Lost Girls: An Unsolved American Mystery.’ It’s a mystery drama starring  Amy Ryan (real-life activist Mari Gilbert), and Sarah Wisser(Shannan Gilbert) in the lead roles.

The story revolves around Mari Gilbert and her daughter Shannan Gilbert. Shannan is a sex worker who goes missing for days and Mari becomes determined to find her missing daughter. The desperate personal investigation of Mari Gilbert unfolds many unsolved cases of sex workers. The story takes a turn when they realize that the sex workers are not randomly gone missing instead it’s planned murders committed by a Long Island serial killer.

Mare of Easttown is an American thriller written by Brad Ingelsby and directed by Craig Zobel. It’s a crime investigation thriller starring  Kate Winslet(Marianne “Mare” Sheehan) in the title role as the crime investigating officer. The story revolves around the personal and professional life of Mare. Mare is one of the skilled and talented detectives in her department. But for the past year, she has been solving the missing case of a young girl, which s still unsolved. This made her seniors doubt her detective skills. They were not aware of Mare’s personal life. She was recently divorced, lost a son who committed suicide, and fought with her daughter-in-law regarding her grandson. She was fighting her own battle. But she was confident that she will win both battles soon.

ALSO READ: 12 SHOWS LIKE TEEN WOLF THAT YOU CAN WATCH!

Safe is an American action thriller movie written and directed by  Boaz Yakin. It’s a crime investigation thriller starring  Jason Statham( Luke Wright), Chris Sarandon(Mayor Danny Tremello), Robert John Burke(Captain Wolf), and James Hong in the lead roles(Han Jiao). The story revolves around Mei, a young girl who is gifted with excellent memory power which holds numerical codes. Mei gets persuaded by people who wanted to use her memory skills for illegal purposes. Soon she finds herself surrounded by goons and police who are fighting to take her. Luke Wright comes into her life like a guardian angel and saves her from the Russian mafia, Chinese Triads, and corrupt New York City police.

The Stranger is a British thriller series on the novel ‘The Stranger’ by Harlan Coben. It’s written by Danny Brocklehurst. It’s a murder mystery starring Richard Armitage(Adam Price), Siobhan Finneran(Detective Sergeant Johanna Griffin), and Hannah John-Kamen(The Stranger). The story revolves around the life of a 20-year-old young girl, who is referred to as the Stranger in the series. She knows the deep secrets f the people and those secrets have a great impact on their lives. She demands money from people to keep their secrets as secrets forever. Soon we realize that she is connected with more secrets. This continues until she meets a man whose perfect life gets ruined because of the secret revealed by her.

I May Destroy You

I May Destroy You is a British television series written by  Michaela Coel and directed by Sam Miller. It’s a drama starring a predominantly Black British cast, Michaela Coel as Arabella Essiedu, Weruche Opia as Terry Pratchard, and Paapa Essiedu as Kwame. The story revolves around the life of a budding writer Arabella. Arabella is a young influencer-turned- writer in her twenties who recently enters the fame light with her debut book ‘the Chronicles of Fed-Up Millennial’ which got famous, especially among youngsters.

Soon she starts to work on her second book and rushes to meet her deadline. But she realizes that she needs to take a break to get some idea. So she decides to catch up with her friends and they party hard in a London club. The next morning she wakes up to find herself in an unknown place and couldn’t remember anything about last night. But things get worse when she gets to know more about last night from her friends.

The Night Of is an American crime thriller based on a British series ‘Criminal Justice’ by Peter Moffat. It’s written by  Richard Price and Steven Zaillian. It’s an interesting series starring John Turturro(John Stone, a lawyer who represents Nasir Khan), Riz Ahmed as Nasir Khan, a college student accused of murdering a woman) and Sofia Black-D’Elia

(Andrea Cornish), the victim, in the lead roles. The story is about an incident that happens at midnight which changes the life of a young college student upside down. Nasir Khan decides to go to a party at night. One the way, he meets a young woman, Sofia, and becomes friends with her. They both party throughout the night and ends up sleeping in the same room. The next morning he finds Sofia stabbed to death. But the story becomes more intense when he is accused of murdering her.

Deadwind is a crime thriller created and directed by  Rike Jokela, starring Pihla Viitala(Sofia), Lauri Tilkanen(Sakari), Jani Volanen(Usko), and Tommi Korpela(Alex) in the lead roles. The story revolves around the murder of a social consultant, Anna Bergdahl. Sofia is a widow in her 30s who has two children. She returns back to her work and s appointed to solve the case of Anna Bergdahl, The case begins as a missing case but as the investigation progresses they figure out that she was being murdered.

Quick Sand is a 2003 crime thriller movie written by Timothy Prager. It’s a Britsh-French-German co-produces movie starring  Michael Keaton(Martin) and Michael Caine(James) in the lead roles. Martin is an American investigator who is sent to investigate the financial dealings of a movie production company. When he investigates the production company his suspicions increase as there are many loopholes in the finances. When the officials figure out that Martin has almost found out their malpractices they offer him a mega-bribe, which rejects without a second thought. Little did he know that they were powerful enough to frame him for a murder that he didn’t commit.

Where To Watch: Amazon Prime

Seven Seconds is an American crime thriller based on the Russian film ‘The Major’ by Yuri Byvok. The story unfolds the various ways in which police misuse their power to cover up crimes. A white polish American police officer, Peter accidentally hits and injures a lack teenager Brenton Butler from Jersey City. Breton dies in the accident. Peter gets panicked and calls up his friend from the narcotics department. Things get more complicated when they decide to cover up the crime.

Collateral is an American action thriller directed by  Michael Mann and written by Stuart Beattie, starring  Tom Cruise(Vincent) and Jamie Foxx(Max) in the lead roles. The story revolves around Max whose life becomes hell after meeting a stranger Vincent. Max is a taxi driver in LA. After a long day, Max decides to return home but his plans get interrupted by a strange passenger, Vincent. Vincent pays $600 just for five stops. Max considers this as a good bid and takes him to the first place. But as soon as he reaches the first place, Vincent kills a man. He realizes that Vincent keeps killing at each stop. Adding fuel to the fire, he notices police and FBI following them. Will they be alive to watch the sunrise?

Where To Watch: Amazon Prime

Marcella is a Britiish investigation series written by  Hans Rosenfeldt. It’s a crime thriller starring  Anna Friel(Marcella Backland) in the lead role. It has three seasons with a total of 24 episodes. In the first season, Marcella returns back to work after divorcing her husband. She gets appointed to investigate the unsolved murders of 2005 when the serial killer who committed it came back. In the second season she deals with a serial killer’s case but most of the time her personal life is shown. In the final season, she works under a new identity  Keira Devlin and works as an undercover agent.

MUST READ: 12 SHOWS LIKE RAISING DION THAT ARE MUST-WATCH! 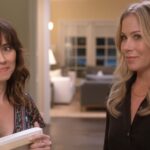 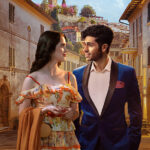