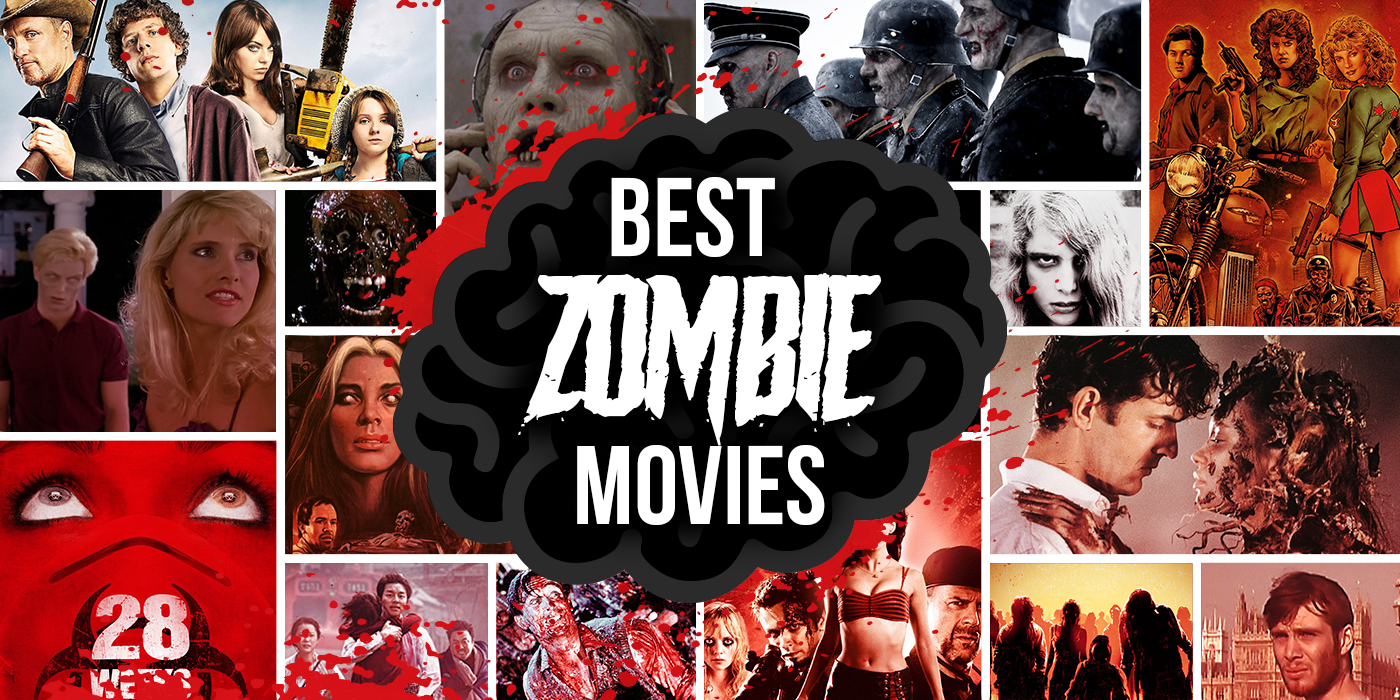 Train to Busan is a South Korean thriller drama written by Park Joo Suk and directed by  Yeon Sang-ho. It’s a zombie apocalypse movie starring  Gong Yoo( Seok-woo), Jung Yu-mi(Seong-kyeong), Ma Dong-Seok(Yoon Sang-hwa), Kim Su-an(Su-an), Choi Woo-shik(Min Yong-guk), Ahn So-hee(Kim Jin-hee), and Kim Eui-sung(Yon-suk). The movie setsin a high-speed train from Seoul to Busan. Seok-woo and his daughter, Su-an travels to Busan to meet his wife to celebrate their daughter’s birthday. But the journey turns into a nightmare when they get attacked by zombies and they get trapped in South Korea amidst of zombie outbreak.

The Night Eats The World

The Night Eats The World is a French movie based on the novel ‘The Night Has Devoured The World’ by  Pit Agarman. The zombie movie is directed by Dominique Rocher starring  Anders Danielsen Lie(Sam), Golshifteh Farahani(Sarah), and Denis Lavant(Alfred). Sam is a musician who stays in Paris and he decides to visit his ex-girlfriend to get his old tapes. But she says that she is holding a party at her home. Sam ends up attending the party but soon passes out when he sees blood coming out from his nose.

When he wakes up the next morning, he realizes that the entire apartment is silent. When he moves out of the room he sees bloodstains on the walls and floor. He calls his girlfriend only to realize that she has become a different creature soon he escapes from there. He sees the entire streets and houses being attacked by zombies. He realizes that Paris has been invaded by zombies overnight. He couldn’t resist the fact that he is the lone survivor there, but he gets a new hope when he hears the breathing of a person near him.

The Odd Family: Zombie for Sale

Zombie for Sale is a South Korean horror-comedy movie written and directed by Lee Min-jae, starring  Jung Jae-young( Joon-gul), Kim Nam-gil( Min-gul), Uhm Ji-won(Nam-joo), Lee Soo-kyung(Hae-gul), Jung Ga-ram(Jjong-bi) and Park In-hwan(Man-deok). The story revolves around the Park family. One of the biggest pharmaceutical companies in South Korea conducts an illegal human experiment that goes wrong. But instead of dying the subject escapes and finds shelter in the Park family’s gas station.

When they find out the uninvited visitor they try to push him out but he ends up biting the head of the family, the elderly father. Instead of dying or fainting, the grandfather gets more energy and his body becomes fully active. The Park family finds it interesting and decides to make it a business but little did they know about the danger waiting for them.

Zombie Child is a French drama written and directed by  Bertrand Bonello, starring Louise Labeque as Fanny, Wislanda Louimat as Mélissa, Adilé David as Salomé. The story sets in the year 1962 in Haiti. A Hait man was buried alive by white colonists to bring him back as a zombie slave. After fifty-five years, a teenage girl Melissa tells her new friend Fanny about her family secret. Fanny had recently broken up with her boyfriend so she was ready to do any stupid thing to distract herself. So Fanny convinces Melissa to perform the same deed. Melissa informs her aunt and she gets ready to help. But things get worse when the ritual doesn’t go in the right way.

Mulberry Street is an American horror movie released in the year 2006. It is written by Nick Damici and directed by Jim Mickle. The story sets n Manhattan. On a long hot summer night, a dreadful infection breaks out in the town of manhattan. When the people get affected by the infection they soon change into rapid creatures with the eating habits of rats. The entire movie is shown in the form of news reports. The Government tries its best to rescue the uninfected people through military forces.

Quarantine 2: Terminal is an American horror movie based on the 2008 movie Quarantine. It’s a thriller movie starring  Mercedes Mason(Jenny), Josh Cooke(Henry), Ignacio Serricchio (Ed Ramirez) Noree Victoria as Shilah Washington, and Mattie Liptak(George). The movie sets on a plane. One of the passengers in the plane gets affected by the rabies virus which forces the plane to land at the airport but at the same time, they should be quarantined somewhere else. The Government officials surround the airport to make the arrangements but the passengers inside are already finding ways to escape. The group of members must stick together to live throughout the quarantine.

The Night Of Living Dead

The Night Of Living Dead is an American movie that was released in the year 1968. It was directed by George A Romero, starring Duane Jones and Judith O’Dea in the lead roles. The story revolves around a group of individuals who takes refuge n a rural farmhouse unknown of the facts about the graveyard near it. Soon they notice that the dead bodies from the graveyard are walking around the house in search of human blood. One of the group members, Ben tries his best to control the situation, while the other members get trapped and eaten by the zombies one by one.

The Dead is a zombie apocalypse movie written and directed by Howard J Ford Jon Ford. The movie was released in 2010 starring Rob Freeman, Prince David Osei, and David Dontoh. Lieutenant Brian Murphy, a United States Air Force engineer is the only survivor of the plane crash that happened on the west coast of Africa. The only way for him to escape is by crossing a village. The village nearby was attacked by zombies the night before the crash. Unknowing of the danger he begins his journey towards the village.

Seoul Station is a South Korean animated zombie movie written and directed by  Yeon Sang-ho. It s a horror thriller movie starring  Ryu Seung-ryong, Shim Eun-kyung, and Lee Joon. Apart from the zombie attack, the story shows the strong bonding and relationship between a daughter and a father. The story sets in the Seoul Station. Suk-Gyu is the father who comes to the Seoul station to find his long-lost daughter Hye-sun.

Hye-sun ran away from home with her boyfriend and deceives her father. But Suk-gyu couldn’t stay without his daughter for long so he comes to search for his daughter. He finds her boyfriend and gets to know that she is a prostitute and her boyfriend is the one who arranges clients for her. This news breaks the heart of Suk-gyu. Soon they clear the differences and he forgives his daughter. When they almost get united a zombie breakout happens in the Seoul Station which puts them in a life or death situation.

Alone is an American horror movie written by Matt Naylor and directed by Johnny Martin. It is a zombie apocalypse movie starring Tyler Posey and Donald Sutherland. The story begins with a young man, Aidan recording a video of him attempting suicide. The movie then takes us 42days before the suicide attempt day. Aidan wakes up on a tiring morning and finds his apartment surrounded by random creatures named Screamers. Soon he realizes the seriousness of the situation and locks himself in the room. But one of the screamers enters hs apartment and he scares it with a knife and he gets out of that place. Soon Aidan finds more spout the virus.

It spreads through the and scratching and people will repeat the lats words sad by them before they were turned. Though he tries to contact his family, he couldn’t because of the poor network issue. However, he gets a message from his father to ‘Stay Alive’ until they reach home. He fights the zombies with his basketball and waits in his apartment for his parents to arrive. Later, he receives a voicemail from his mother, from each he gets to know that they died while hiding from Screamers. This made him choose suicide as the only attempt to save himself. But he changes his mind when he sees a girl hiding in her apartment. He gives up on the suicide plan and decides to fight this battle together with her.

These are the must-watch movies related to zombies attacks on Amazon Prime, which should be added to your watchlist. These thriller, horror, and suspenseful movies will take you to another world. So what are you waiting for go grab your snacks and enjoy watching them.

MUST WATCH: IS THE 100 WORTH WATCHING? 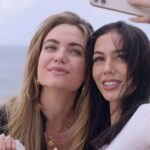 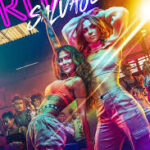