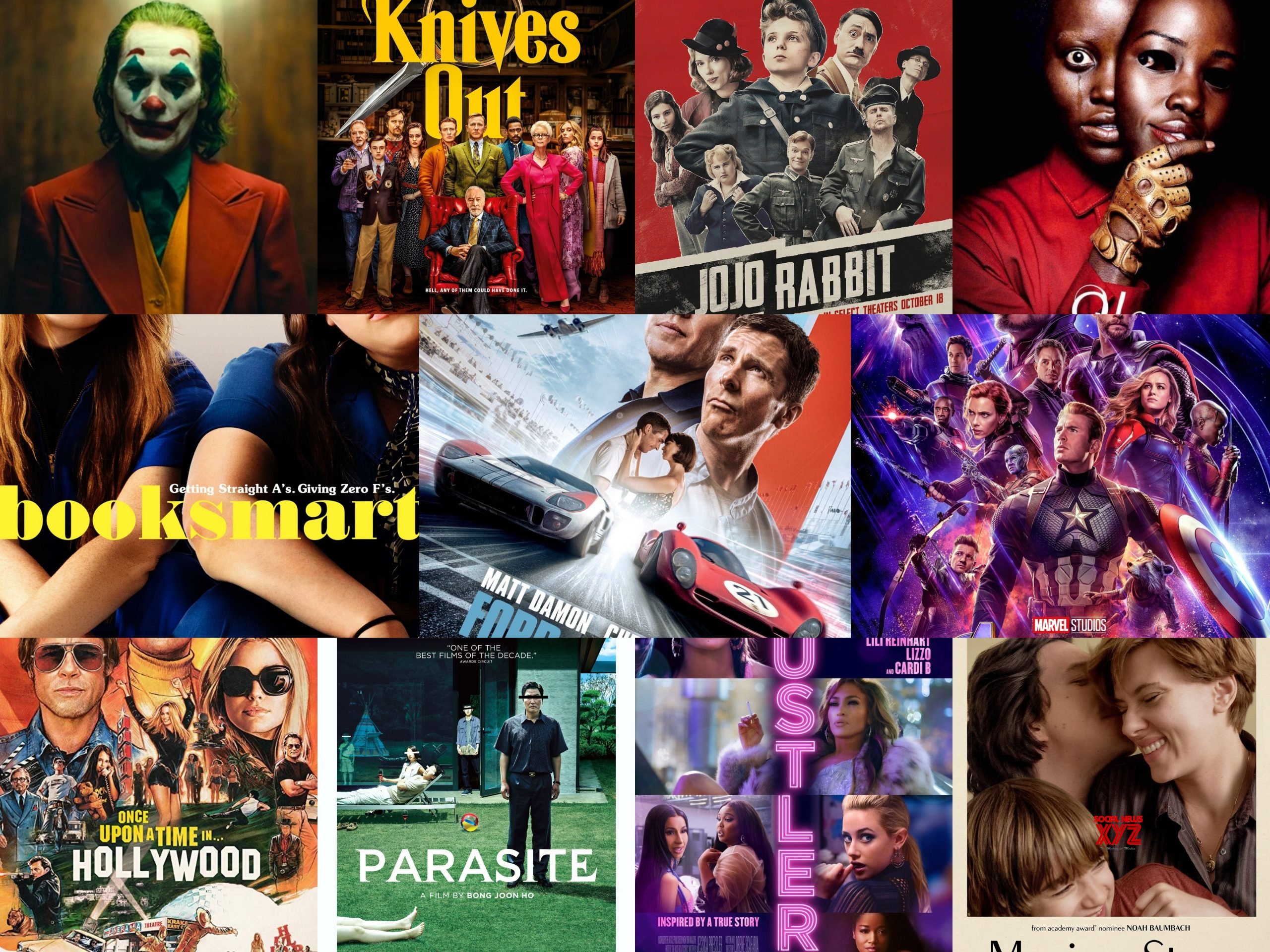 In this article, you will get to know about the films just like Dolittle. Released on January 17, 2020, Dolittle surrounds the carefree life of a doctor after he retreats himself from human society, and his animals, until he once again gets involved in the human society to treat an illness of Queen Victoria. Just give a watch to the films given below, and they will be on your wishlist then.

Many of you must have watched this movie. Directed by Rob Minkoff, Stuart Little is based on a novel of the same name by E. B. White. Released on December 17, 1999, the plot of the film revolves around an anthropomorphic mouse Stuart, who was adopted by the Littles. Although many problems and difficulties came in between their way, at last, he lives with the family happy and made an unbreakable bond. Start Little has its sequel and a short-term television series too. Stuart Little series was loved by everyone till now.

The first film on the list is Garfield. Released under Davis Entertainment Company and 20th Century Fox productions, Garfield is an American comedy animated film which is directed by Peter Hewitt and based on Jim Davis comic strip of the same name. The film got released on June 11, 2004, and it also has a sequel, Garfield: A Tale Of Two Kitties which was released on June 16, 2006.

The film all surrounds the main character of the film, Garfield, who is a lazy, overweight, and trouble-making cat with a dry sense of humor. How he first hated Odie and then understood the meaning of friendship is beautifully shown in this movie. Although the film gets negative reviews and ratings from critics, it holds a good story.

3) Night At The Museum

The next film on the list is a media franchise of fantasy and comedy films that is based on the 1993 book by Milan Trenc of the same name. Written by Robert Ben and released film in the direction of Shawn Levy, Night At The Museum has its three sequels. The original film was released on December 22, 2006, with Battle Of The Smithsonian on May 22, 2009, and Secret Of The Tomb on December 19, 2014. The story follows Larry Daley, who is a divorced father and finally got the job in the American Museum of National History as a night guide. Thinking it to be the most suitable job, his life suddenly turns into hell when he discovered that an ancient spell has caused the exhibits of the museum to come to the life. The sequel follows the further story where the previous one had left.

Also known as Blumhouse’s Fantasy Island, the film is based on the supernatural drama concept and is directed and co-written by Jeff Wadlow along with Chris Roach and Jillian Jacobs. The film is based on the 1977 television series of the same name by Gene Levitt. Released on February 14, 2020, the story revolves around a mystery and how the wishes can b poisonous sometimes. A group of friends reached a franchise resort with having their unfulfilled wishes. But, the problem starts when their desires come true, without their willingness.

5) Dora And The Lost City Of Gold

Were you a fan of Dora? Yes, she was loved by everyone; for her cuteness, kindness, and intelligence. Dora And The Lost City Of Gold is the adventurous film released on August 9, 2019, in the direction of James Bobin with the screenplay of Nicholas Stoller and Matthew Robinson. The film is based on the Nick cartoon series Dora The Explorer and Dora And Friends. Just like the cartoon, the film is too based on the mysterious adventure of Dora.

All the characters are finding the hidden Inca city of Gold, Parapata to grab the hidden treasure. But, did they get success? Alejandro got a prison sentence of thousand years, and when confronted, Dora tells the queen in Quechua that they all came here for her parents. Typically a normal adventure, but the memories of Dora will once again rejuvenate.

6) Jumanji: The Next Level

About 80 to 90 % of you people have heard about Jumanji, no matter if you have not watched this till now. Released on December 13, 2019, this is the sequel of the 2017 installment Jumanji: Welcome To The Jungle, which is further a sequel of 1995 Jumanji. Directed by Jake Kasdan and co-written by Jeff Pinkner and Scott Rosenberg, the story is set two years forward to the last installment. The group once again starts a new journey by entering into the game to find a magical necklace known as the Falcon Heart. Ok, so you will once again get another adventure. So, get ready and watch it.

This can be best suited for you and will give you a new experience. Into The Woods is an American musical fantasy film directed by Rob Marshall and adapted to the screen by James Lapine and Stephen Sondheim. Had its world premiere on December 8, 2014, with the release on December 25, 2014, in the United States, the film revolves around a Baker and his wife who wish for a child but, are under a curse laid upon by a witch. The family, with Jack, Cinderella and Rapunzel try to eliminate the curse and lose their dear ones too. The film once gives you a feeling of a fairy tale, whose story is emerging from the lows to the highs, but overall it is the best on the list.

What if you can talk with the animals and share your every emotion with them? Zookeeper, by its name, suggests the same. Zookeeper is an American comedy film that is directed by Frank Coraci. Released on July 8, 2011, the film tells the story of a heartbroken zookeeper Griffin Keyes, who decides to be a zookeeper at the Franklin Park Zoo after he gets broken up with his girlfriend Stephanie when he proposed to her.

He starts talking with the animals in the zoo and cares for them deeply. All the animals hold a meeting and decide to find some way to help him in winning Stephanie back. In the latter half of the film, Griffin quit his job as a zookeeper and starts working with his girlfriend. Realizing later on that he is not fit in this life, goes back to his previous work as a zookeeper and proposed to Kate. He lives with Kate and his unconditional love; the animals. However, the film received negative reviews and ratings from the critics but, some praised this film too. Well, you can watch and decide.

The Borrowers is a fantasy comedy film written by Gavin Scott and John Kamps in the direction of Peter Hewitt. The film is based on the children’s book of the same name by Mary Norton. Released on December 5, 1997, in the United Kingdom, the film is about the Lenders and Potters family, how Potters deceive Lenders and a small borrowers family. Lenders think that their every little thing is being stolen but, in actuality, the things were being taken by the family of tiny people known as Borrowers. They are secretly living in the house, taking every little thing plus the will of the Lender’s aunt too. The latter half of the film shows how the two families make their way and plan to get back the will. But, at last, it was a happy ending with the Lenders and the Borrowers family now living under the same roof.

ALSO READ: IS NO EXIT BASED ON A TRUE STORY?

Homeward Bound: The Incredible Journey is an American adventurous comedy film, which is a remake of the film, The Incredible Journey, which is too based on the novel of the same name by Sheila Burnford. Directed by Duwayne Dunham, it was released on February 3, 1993, and gained positive reviews. It is completely designed for the kids, and if you are watching it with a kid, then you will end up giving the film alike. The film narrates the story of two dogs, Shadow and Chance, and a cat named Sassy. They used to live with their owners happy, but there comes a time when they have to live a couple of days without food, fight with anonymous animals, had to injure themselves, and face the harsh realities, but, in the end, they all are reunited with their owners and live happily again.

Nine Lives is directed by Barry Sonnenfeld and written by a number of people including Gwyn Lurie, Matt R. Allen, Caleb Wilson, Dan Antoniazzi, and Ben Shiffrin. The film got released on August 5, 2016, and did not receive such great points. It was being called less funny, as the film depicts, and received just bottom-line good ratings. The story revolves around a cat Mr. Fuzzypants and his nine lives. It is being shown that the owner Tom had his soul transferred to the cat, and how he makes a balance being a cat is a task.

Cats and Peachtopia is a Chinese animated film directed and written by Gary Wang. Had its release on April 5, 2018, the story revolves around Cape, a restless but curious and smart yellow kitten who lives with his father Blanket and a lively parrot named Mack. He dreams of adventures and shelter out of his comfort zone. After knowing about a mythical land where cats can live freely and happily, he sets out on a quest to explore the land. The film grossed a total of $ 3,424,207 on its closing day. 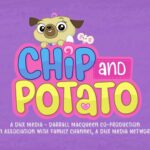 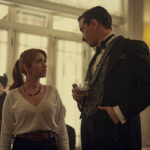