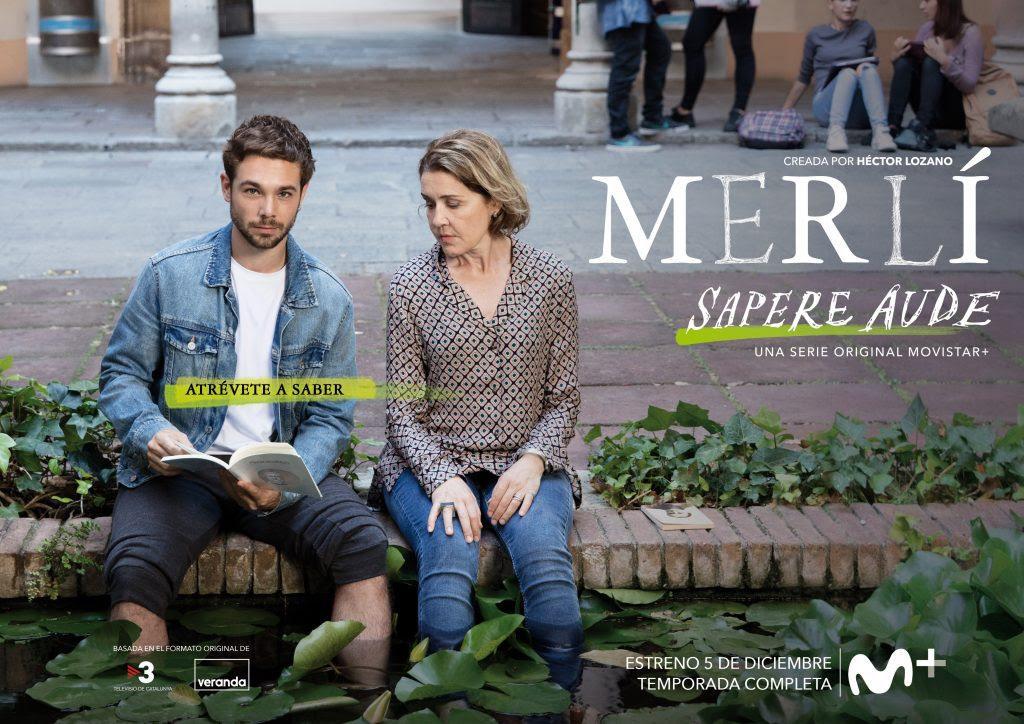 How close and blessed a relationship of a teacher and his student is! A person is blessed with everything if he is under the shadow of his teacher. The relationship of a student with his teacher is far more anything, and this is proved by today’s series that is Merlí Sapere Aude. Merlí is one such great series that is based on the relationship of a teacher and his student. How he follows the footsteps and rules of his teacher is shown beautifully in this series. It is a Spanish teen drama streaming television series created by Héctor Lozano in the direction of Menna Fité. The series is a sequel and spin-off of the Merlí series broadcast by Catalan channel TV3. Released under Movistar+ and Veranda TV, the series revolves around a favorite student, Pol Rubio of his teacher Murli. The series encircles his life along with the relationships he has.

Season 1 got released on December 5, 2019, with its season 2 that ran from April 2, 2021, to May 7, 2021, in the original languages of Catalan and Spanish. It got 7.6 ratings on IMDb and 6.4 on FilmAffinities. It is also liked by 94 % of people. The series got the views and love of so many people. The viewers are now waiting for its next season; season 3. Ok, so what about its next installment, whether the series will come back with its third installment, or is it canceled?

Well, it might be bad news for its viewers that the third installment is canceled and the series will not return. However, the reason is not clear, but maybe the makers did not want the series to launch more or they have no source for this. The series is canceled on its respective network, but maybe, it can be picked up by any other channel. The series has done a great job with both of its seasons, and many of the audience want it back. Well, you can just wait and make up your guesses for this, till there comes any updates or announcements about the same.

ALSO READ: Will There Be A Season 2 Of The Fame Game? Know Here!

With a motto of “Dare to know” of Sapere Aude, the series revolves around Pol Rubio, a favorite student of his teacher Merlí, who has died recently. Following his steps and rules, Pol got involved in the Faculty of Philosophy at the University of Barcelona to pursue a bachelor’s course degree in Philosophy. There he meets with his new teachers, one of them is Maria Bolaño. His new journey with new friends, new teachers along with a new environment get started, and he has to manage all this peacefully and with an open mind. Being surrounded with so many conflicts and family issues, his student stage is very crucial, and at the same time, love and relationships are also very important, though misleading and misguiding sometimes.

Maria sees the great potential, power, and willingness to do something new and unique in Pol, who always pressurizes him to face his new life and reality at his adult stage. His new relationship with Bruno Burgeron brings problems and conflicts in his life, which at one point takes him away from his goal, until becoming a philosophy teacher. Well, after all the shit happening in his life, he proves himself again and becomes everyone’s favorite, and aims to the summit of success.

Where To Watch Merli Sapere Aude?

Now, after knowing all the details about the series, the question arises: Where to watch this series? So, you don’t need to worry much, as the series is available on Netflix. If you are a member of Netflix, then you would probably not have any problem, but if you don’t have then just ask your friend, but do watch the series once.

As season 3 is canceled, so is the cast. However, both seasons had a great cast who have done a good job and left an impactful image. Former casts include Carlos Cuevas as Pol Rubio in the main lead, David Solans as Bruno, Ana María Barbany in the character of Carmina Calduch, Boris Ruiz as Alfonso, and Assun Planas as Glòria along with Arancesc Orella as Merlí. The new characters that entered the series are Pablo Capuz as Rai who is Pol’s classmate, Azul Fernández as Minerva, María Pujalte as María Bolaño with Gloria Ramos. Well, you can pray for the upcoming season and you will get the amazing cast again.