Breaking Bad is among some shows who have the best storyline, performances, characters, and directing in one place. When you start watching Breaking Bad you’ll get hooked up so badly, you will love that slow-building pace of characters and their development. In my opinion, Breaking Bad has the best character development. Characters choose their next move according to the situation created by the previous decisions they make. The journey of Walter White from an ordinary high school teacher, who is not happy with his got because he is super intelligent and he has much more potential to do much bigger things but he can’t do, which you will learn while watching the show, to evil and criminal mastermind named Heisenberg.

Even the character Jesse Pinkman (played by Aaron Paul), suffered so much in his life. He lost almost everyone by the ending of the show. This character also got changed little by little consequences which he creates. This is the best part of Breaking Bad, nothing happens suddenly, you feel how they are changing. Breaking Bad is so perfectly made, it challenges us on who we should support. Though the character of Walter White was the lead character or a Protagonist, he is clearly not a hero or someone you should support but you’ll end up supporting him even you know what he is doing is not morally or legally correct.

So, if I summarize the answer, Yes, Breaking Bad is worth watching, even it is a MUST WATCH. This Tv show is defiantly the greatest show of all time.

Sets in Albuquerque, New Mexico, between 2008 and 2010, Breaking Bad is a Neo Western Drama Crime Television show which follows Walter White, a timid high school chemistry teacher who develops into a vicious player in the local methamphetamine drug trade after being diagnosed with terminal lung cancer. Initially producing small batches of meth in a rolling meth lab with his old student Jesse Pinkman, Walter and Jesse soon expanded to producing larger batches of rare blue meth that is exceedingly pure and in high demand.

To hide his true identity, Walter adopts the moniker “Heisenberg.” Walter eventually finds himself at odds with his family, the Drug Enforcement Administration (DEA) through his brother-in-law Hank Schrader, local gangs, and Mexican drug cartels (including their regional distributors) as a result of his drug-related activities, putting his and his family’s lives in danger.

Is Breaking Bad Worth Watching?

Vince Gilligan created and directed the American neo-western crime drama television series Breaking Bad. There are 62 episodes in its five seasons, which aired on AMC during the time from 20th January 2008, to 29th September 2013. In 2013 the series got ended with a very satisfying conclusion. Breaking Bad’s first season received largely positive reviews, whereas the rest of the show received unanimous praise from its very conclusion, critics have acclaimed the show as one of the best television shows of all time. It had a decent audience for the first three seasons, but when it was made available on Netflix just before the fourth season debut, it enjoyed a small increase in popularity for the fourth and fifth seasons. The start of the second half of a fifth season in 2013 led to a dramatic increase in viewership. It was among the most viewed television shows on American television by the time the final episode aired.

Vince Gilligan, who spent several years writing the Fox series The X-Files, created Breaking Bad. Gilligan intended to make a show in which the protagonist was turned into the adversary”Historically, television has excelled at keeping its characters in a self-imposed stasis so that programs can last for years, if not decades,” says. he said. “Once I discovered this, the logical next step was to consider how I might create a show with a core desire to change?”

He went on to say that his ambition with Walter White was to turn him become Scarface from Mr. Chips. Gilligan thought that displaying a character’s complete development throughout a television show was a hazardous concept that would be difficult to sell without other compelling elements such as good cinematography and performance. 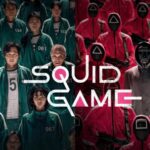 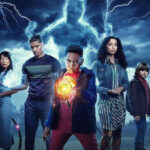