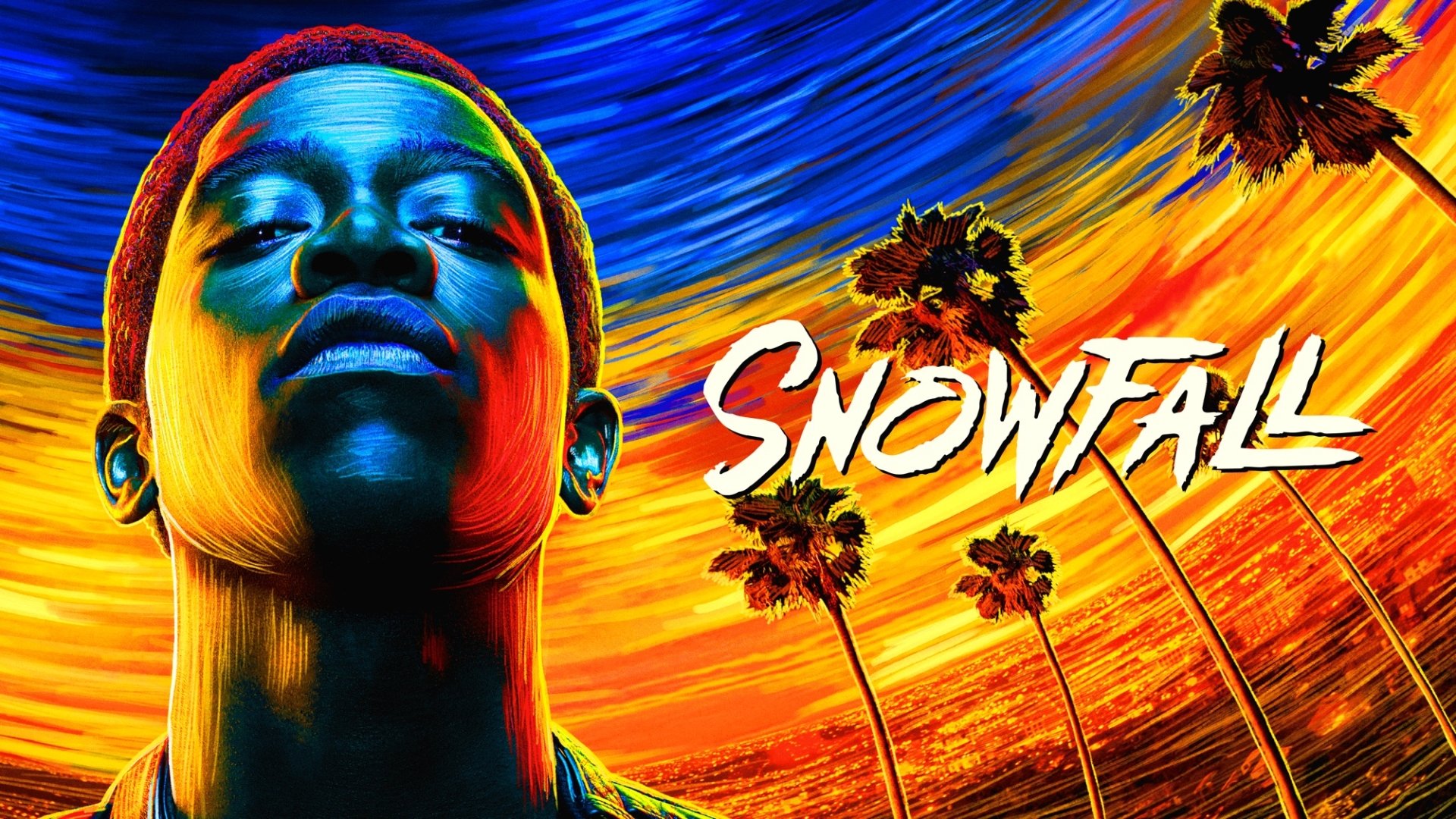 Snowfall is an American television crime drama show directed and created by John Singleton, Eric Amadio, Dave Andron. This television series was first broadcasted on FX on July 5th, 2017. In the series, we learn about Franklin Saint, a heroin dealer, as well as Gustavo “El Oso” Zapata and Teddy McDonald, the CIA operative, and Lucia Villanueva, the niece of a Mexican crime boss.

This series was renewed by FX for a fourth season on August 6, 2019, after filming was momentarily halted owing to the COVID-19 pandemic. The series was initially set to premiere in 2020, however, filming was temporarily halted due to the COVID-19 epidemic. On February 24, 2021, the fourth season premiered. FX renewed the series for a fifth season on March 23, 2021, which premiered on February 23, 2022.

Is Snowfall Based True Story?

‘Snowfall’ is based on a genuine story in part. It describes how, in the late 1980s and 1990s, a large spike in crack cocaine uses across the United States led to an increase in crime and violence in cities, as well as a severe criticism of law enforcement. At an ATX Festival panel in June 2017, late creator John Singleton discussed how he drew inspiration for Franklin’s persona from his childhood. But it is not exactly based on a real event, the story might be inspired but not based on any event that happened in past.

Crack cocaine arrived in America in the early 1980s, even though the New York Times didn’t mention it until 1985. It was created in response to the falling price of cocaine. Cocaine was very popular in the United States during this time, but the market was oversaturated. Cocaine’s price plummeted by as much as 80% in the early 1980s due to its widespread availability.

Drug dealers wanted a means to profit from their product swiftly, and they needed it now. This is where crack comes in. Because it was a smokable type of cocaine that was inexpensive to produce, it could be supplied in lesser quantities to a larger number of individuals, allowing the dealer to make more money from a new customer base.

Franklin Saint, 19, watches his favorite wrestler, Gustavo “El Oso” Zapata, lose a high-stakes match in 1983 Los Angeles. After that, Oso’s contact, who works as a cartel enforcer on the side and offers him a new job. Also, Franklin has a second job, which he hides from his mother, selling marijuana on behalf of his uncle. Following the overdose of CIA officer, Logan Miller on cocaine, fellow spy Teddy McDonald discovers that he was running a secret drug operation out of his house to fund overseas militants. Oso learns that the job involves burglary after McDonald conceals Miller’s death. McDonald requests that his supervisors allow him to take over Miller’s operation. Franklin convinces Avi Drexler, a sociopathic Israeli drug dealer, to front him a kilogram of cocaine that he promises will sell in his area, but Franklin’s uncle refuses to assist him.

Oso is compelled to kill a man in self-defense throughout his work. Franklin’s aunt takes him to Claudia, Franklin’s old boss, who agrees to sell the coke if he delivers her more the next day. Franklin passes his homeless father on the street on his way home, but he refuses to stop and talk to him.

The series has an 87 percent fresh rating on Rotten Tomatoes, despite the fact that its first season has a 62 percent approval rating based on 63 reviews, with an average rating of 6.19/10. Rotten Tomatoes gave the second season a perfect score of 100 percent acceptance, and a 7/10 average rating based on 7 reviews. Metacritic gave the series a score of 62 out of 100 based on 38 reviews, signaling “generally positive reviews.”