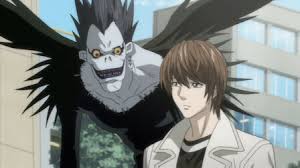 Death Note is a brilliantly written show that grips the audience’s interest through its constant twists and turns. As the detectives try their best to find evidence against the primary suspect. Death Note never bores its viewers. The story is so intelligently written that one finds it hard to guess what would happen next. It’s an anime that can easily be viewed in a sitting. The anime was originally a Japanese manga series written by Tsugumi Ohba. The illustration was done by Takeshi Obata. The manga was published in a magazine named Weekly Shōnen Jump from December 2003 to May 2006.

The first season of Death Note was released on the 3rd of October 2006. Death Note is also available for streaming on Netflix. It is a psychological mystery thriller drama. There are a total of 37 episodes in season 1. Each episode of the series has a runtime of around 23 minutes. It has an IMDb rating of 9 on 10. The show has been directed by Tetsurō Araki. The last episode of the series was released on the 26th of June 2007. It was originally broadcast on Nippon TV. It has been very long since season 1 ended. Chances are meager that the anime will have a season 2. However, you never know that the makers decide to revisit the series. As of now, it is better to not expect an upcoming season. Additionally, the manga series also ended after its first publication.

READ MORE: Is Fishbowl Wives Based On A True Story!

Death Note revolves around a genius high school student named Light Yagami. Yagami is also the son of the chief of police. He has the ability to use reasoning to form opinions. The story begins when Light finds out a notebook that states Death Note. Initially, he is apprehensive of this being a prank. However, as he begins to listen to the Shinigami that owns the notebook, he realizes that the Death Note indeed is true.

Shinigamis are different creatures. They live in a world different from ours. They are the God of deaths. The death note that Yagami found belonged to Shinigami Ryuk. Ryuk loves apples and only wants to have fun. So he goes along with whatever Light plans. Through the story, Light escapes getting caught multiple times. He uses all the different properties of the note to his benefit. Since Light plans to kill people who are criminals, he derives a lot of support from people who think he is doing the right thing. They start calling him Kira. Light, though not very happy with the nomenclature goes along. He is persistent in his aim. He knows he wants to eradicate criminals from the world and be the God of the new world. However, as ‘L’, the detective points out, Light’s sense of right and wrong is driven by a false sense of justice. He is not willing to see the grey areas.

The story ensures that it covers all possible ways of investigation. Light is intelligent and the script uses this to its advantage. There is a lot of scope for another season as the story revolves around the death note. The makers can depict another Shinigami visiting Earth in season 2.