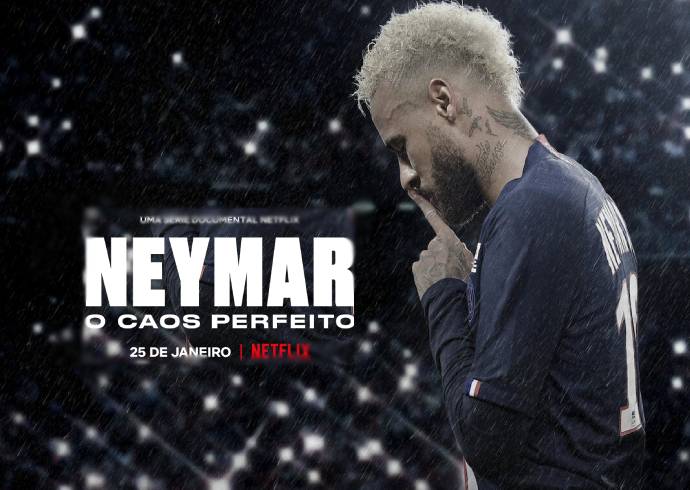 Football has always been one of the biggest sports in the world and when it comes to movies, that has been one of the biggest entertainment factors in most people’s lives. So why not put both of them together. Football movies sound pretty good and have a great list that can be a part of most people’s watch list. Netflix also has got its own football watchlist with some great football movies depicting the team spirit every sports enthusiast must have and the true meaning of football, the struggles, and the glory both come hand in hand.

Following are the names of 12 such great football movies based on the lives of many great footballers, football teams, and some fiction-based plots too which are currently available on the Netflix platform.

This name is very known to most sports lovers out there and worshipped by many too. This story depicts the story of the great football legend who comes from a small town in Brazil and showed the world the true meaning of football. The movie released is actually documentary-based and has received a 7.0 IMDb rating which is quite admirable.

The show was released in 2021 and is currently available on Netflix. The movie starts from the slums of Brazil where Pele grew up and his all-time obsession with the sport which he used to call “the beautiful game”. His entire journey, while he won three world come titles over his entire career period of 12 years and the struggles he faced being from a different race and the hostilities which football was subjected to during that era, is beautifully captured and depicted in the movie.

Home team is an early release of 2022 and is completely based on the real-life story of one of the biggest scams in American football history. the movie has got a 6.0 IMDb rating which is quite moderate but at the same time has received some great comments from the critics. The show is based on the life of New Orleans Saints head coach, the world-famous Sean Payton.

The movie is based on that 1 year which is 2012 while he was suspended from the team because of the famous saint’s bounty gate scandal. He returned back to his hometown and ended up motivating his 6th-grade son’s football team who were in terrific condition. It shows what’s the value of a real coach in a team and how he can change the whole game for all.

For the last decade, the only name Brazil has been chanting is Neymar and with a worldwide huge fan base, Neymar has been one of the biggest legends of football and the audience is always interested in the happening life of the football star. This is actually a tv mini-series that is exclusive to Netflix and has got a 6.7 IMDb rating which may be a bit contradicting with all those Neymar fans out there. the show stars some of the greatest players of all-time starting from David Beckham, Messi and goes on till Thiago silva.

Players who have played very closely with Neymar and from the starting of his career. They talk about the entire mentality Neymar has got, answer questions about him, and give a completely vivid description of the player from their own perspective. The show is actually very well put together and recommended to all.

Here comes one of the greatest and very controversial names of football, Diego Maradona, and a movie completely based on his life story. The movie was released in the year 2019 and has got a 7.7 IMDb rating which speaks for itself and also has got a huge audience response. The show covers up the entire life story of Maradona, starting from the words of Pele, which he said in a press conference for Maradona and many more people who have closely known him for a long time and mentored him.

The glory he had brought along with the struggles he faced and comments on all his achievements were beautifully depicted in the documentary. The movie ends with the depiction of the slow downfall of his career along with his life and all the escape points he took to cope with those changes and maybe somewhat lead to career and personal disaster at the end. This show is an excellent watch for all the Maradona fans out there.

Here comes another Netflix original series which was released in 2020 and has received a huge 7.6 IMDb rating which makes the show quite worth a watch. The show has received great words from critics along with a huge fanbase it has gathered. The show dates back to 1879 when football was still a new game and was in its early stages before it gained the huge world recognition it has got now.

At that time football was considered as a game of elites, a game enjoyed and won by the higher portions of the society, but soon came in the change, the working-class club Darwen FC brought in a revolution just before the fa club quarter-finals by signing talented Scottish players. This led to political unrest and the great dominance that the rich want to hold against the poor came out in a publicized way. The show beautifully depicts the birth and the growth of football into where it stands today and is worth a watch for all.

6. Antonio Griezman: The Making Of A Legend

Another Netflix original here we have based on the life of one of the growing and biggest names of football.

The movie has got a 6.5 IMDb rating and is a fan-loved movie. The story depicts France and Atletico Madrid star Antonio griezman who is considered as the new big thing in the world of football and how he has got to play with some of the biggest names in the world and talks all about the struggles he faced on his path.

READ MORE: TOP 10 ANIME BASED ON FRIENDSHIP THAT ARE MUST-WATCH!

This is a show specially made for all those Juventus supporters out there. The show was released in 2018 and has received a 7.3 IMDb rating and is a Netflix exclusive series. The show depicts the story of one of the oldest clubs of football, the path they are chasing towards their 7th Italian title, and the on and off pitch life of the players playing the team. The show beautifully depicts the mentality of the players and the team as a whole while they walk towards glory.

Here is another documentary movie based on one of the biggest clubs in the history of football. Barcelona fans this is a must-watch for you all. The movie was released in 2015 and has got 7.3 IMDb rating which is quite satisfactory. The documentary gives us a deep insight into the club’s ideology and the player’s mentality towards their fans, their glory, and their fame. The show stars many great Barcelona players of all time and is a documentary to cling to.

Another movie for another legend of football. The movie was released in 2014 and unfortunately isn’t available on Netflix India, but can surely be seen using a VPN, the show has got a 7.3 IMDb rating and depicts the story of the legend’s rise from a young age in Barcelona to his international fame and glory and it also stars some of the greatest players and sharing their views on Messi who have played with or against him throughout his career.

NEXT-READ: 12 MOVIES SIMILAR TO AFTER WE FELL THAT YOU MUST WATCH!

One of the best movies from the entire list is the blindside. The movie was released in 2009 and has received a 7.6 IMDb rating and has also received some great words from critics. the show beautifully depicts the life story of a poor homeless and abandoned child who with the help of his new family ends uprising to be one of the biggest American football stars. The story shows the dark side he came from and how he got introduced to a completely new world just with the support of his family and his willpower.

Here comes another series that was released in 2018 and has got a 6.7 IMDb rating and does thorough justice to its title. It covers the biggest cup of football, the world cup, and the eight teams who have won the cup and also the stories and struggles from the 8 nations and their heroic player’s perspectives behind their glory. The show stars many great players belonging to the 8 nations and their own perspective behind the game and their path to the world glory and title that they have received.

Here is another movie based on another fan favorite and one of the oldest clubs, Sunderland AFC. The series was released in 2018 and has got its second season in 2020, the show depicts the long path and the struggles the team has faced in its paths towards glory and fame and the deep bond the people of Sunderland share towards the club and their loyalty towards it. the club story is a beautiful one and the show has given a delicate description of each event. The show is not only a must-watch for all the Sunderland fans but for all the sports enthusiasts out there.

ALSO READ: TOP 10 ANIME BASED ON FRIENDSHIP THAT ARE MUST-WATCH!