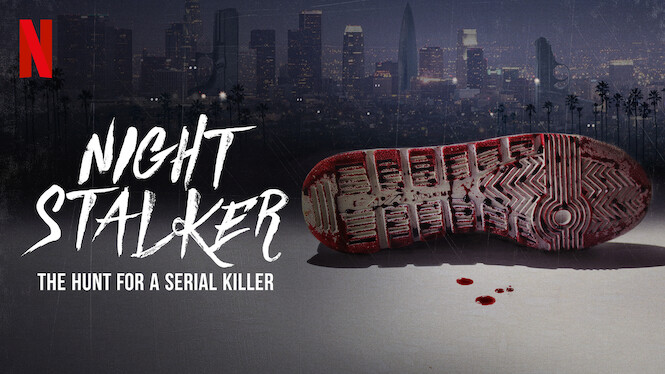 Some of the most viewed Netflix series are its crime documentaries, especially the ones that are based on serial killers. One such docuseries is Night Stalker: The Hunt For a Serial Killer. The series has 4 episodes revolving around Richard Ramirez who terrorized Los Angeles during 1984-85. All the episodes are directed by James Carroll and Tiller Russell.

The series was released on 13th January 2021. All the episodes are 46 to 48 minutes long and contain original clips from the case. Also, the officers and detectives give brief details about the whole case and talk about their emotional and mental state while solving the case. All the episodes are available on Netflix. It has a rating of 7.5/10 on IMDb and a 73% approval rating on Rotten Tomatoes.

Like all other Netflix mini docuseries, Night Stalker is also a limited story about a real-life serial killer. This documentary tells the whole story in four episodes. Since all the events conclude by the end of episode 4, there is no possibility for a season 2. This was a limited series and the directors are not looking forward to renewing it for a second season.

However, the show might come back with a story of another serial killer. The show might turn into a serial killers’ docuseries with each season portraying a different serial killer. Even so, nothing is official as of now and there is no confirmation of the Night Stalker Season 2 Release Date. Fans will have to wait and watch for any further updates from the show creators.

The show Night Stalker documents the heinous crimes committed by Richard Ramirez, a serial killer who operated during 1984-85. In the very first episode, we are introduced to the detectives who were there in charge of the investigation of the series of murders committed by Ramirez. The first case that came to light was the murder of Dayle Yoshie Okazaki. The detectives, Frank Salerno and Gil Carrillo then found some similar murder cases in Los Angeles and started putting two and two together.

The horrible rape case of Anastasia Hronas also comes to light. In the second episode, the detectives and the police officers conclude that a serial killer is operating in Los Angeles and terrorizing everyone. They spend a lot of days gathering evidence and trying to crack the case. They name the killer “Night Stalker” because his identity is still unknown. Finally, they also find tooth samples of the Night Stalker.

Interrogations begin and many leads come up but nothing is enough to break the case. The detectives also miss a very opportunity to catch the killer at a dental appointment, which irritates the officers. The media also takes up the case and continues to give updates and news briefings. Salerno then interrogates Armando, who is connected to a suspect who was dressed as the Night Stalker. This interrogation finally gives them the name of the killer, Richard Ramirez.

The media connected with guideline approval print Richard Ramirez’s face in the paper, which makes occupants of the LA district start a manhunt searching for the man known as “The Night Stalker.” Richard Ramirez returns from an excursion and observes that he has been gotten when he sees his face on each paper stand. The episode likewise subtleties Richard Ramirez’s court presence, his female fans, and eventually his passing from a malignant growth in 2013 while as yet holding up execution.

The series closes with the criminal investigators specifying what this case has meant for their lives. Anastasia Hronas clarifies that despite the fact that you go through a horrendous encounter, you can in any case decide to carry on with a decent life.