The Marvelous Mrs. Maisel is an American comedy-drama series that has the setting of the 1950s and is created by Amy Sherman Palladino. The series has already released four of its seasons which all are great hits. The show is an amazon prime exclusive and has received an 8.7 IMDb rating which is remarkable, it has also received great reviews from the critics along with many awards and gained a huge fanbase over the past four seasons.

The show is completely humorous and is based on the life of a housewife whose marriage is broken, and soon she realizes her ability to be a standup and pursues a career in that. After the release of the fourth season, the audience has started questioning the release of the fifth season, fortunately, though we haven’t heard about the renewal of the show for the fifth season, the storyline along with the shows huge success doesn’t give us any reason for the show not to continue. The show is not a family show and has, made references to many great standups of America from that time, the show is full of drama and is completely worth a watch for all the audiences out there.

The Marvelous Mrs. Maisel season 1 aired on Amazon Prime exclusively in the year 2017 after that we have been receiving yearly releases for the upcoming seasons. Season 4 of the show made its release on February 18th of 2022. Each season is taking a one-year making time thus we also predict season 5 of the show to make its release in early or mid-2023.

The first season of the series is completely based on the happy married life that Mrs. Maisel is having with her four years long talentless husband who also has a hobby of performing as a standup, they have a son named Ethan and soon the day comes when Joel leaves midge for her secretary and the entire family starts falling apart, within a lot of family chaos we see, midge getting extremely drunk and performing as a standup which leads to the starting of her career, with constant pushing we see midge finally taking up the career as her profession and the first season gets complete with a lot of family drama and fun.

The second season of the show is where the family slowly starts accepting midge’s career as a standup comic, though her father Abe is quite supportive of her and supports her through her entire journey while midge gets back to dating and ends up dating a handsome doctor whom the entire audience loves dearly, we see Joel getting very angry as he is being a subject of humor in her comic but midge is all set and also makes her introduction to shy Baldwin who is her idol in standup comedy.

The third season of the show is mainly based on her tour with shy Baldwin as she gets to do the opening act in her every show, we also see a lot of financial problems arising in the family where they have to evacuate their apartments along with Joel whom we see continuously being an idiot, we also see midge making some wrong decisions but soon gets on the right track. The fourth season of the show is mainly based on midge getting determined to be a star of herself and not doing any gigs and opening performances for others. She gets on working and Susie is with her throughout to make her one of the best out there. Season4 is one of the most glamourous seasons of the show.

We predict that season 5 of the show will be as usual full of family drama but will also depict the struggles that midge faces while becoming one of the greatest comics of that time and that I surely going to be a fun ride.

ALSO READ: THIS IS US SEASON 6 EPISODE 6 RELEASE DATE UPDATES! 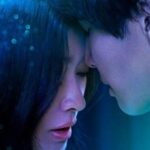