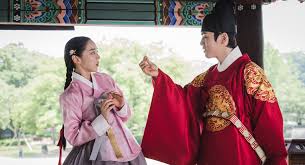 Korean dramas have always been famous for their content and since the last decade, the world has emerged into their world of love romance, and subtitles. Korean dramas are mainly famous for the romance and comedy genre but they at the same time have been appreciated for action, thriller, sitcoms, and historical dramas. Though for a beginner it may be a bit difficult to immerse into the whole concept of continuously reading subtitles and watching the show for them, we have dubbed content too. Amazon Prime is one of the biggest Ott platforms in the world competing with Netflix and Hulu and has a wide range of k dramas that are surely worth a watch by all.

In the following list, we have mentioned some of the most famous and best k drama series which have been appreciated and loved by fans over the last few years and are available on Amazon Prime.

Café midnight is a Korean drama series that is very appreciated for its unique storyline and has been renewed for two more seasons since its release in the year 2020. The show has also received a 7.0 IMDb rating along with a huge fanbase that keeps awaiting new content based on the café and its customers. The show mainly revolves around a café that only opens from midnight till early morning and serves various customers from different time periods, some may be from the past and some may be from the future. The protagonist of the series works in that café and we get to find new experiences of the protagonists with all those customers.

The second season is based on the protagonist’s resignation from the high pressure of the café and his next phase of life where he finds another café, and the third season is based on a guy who is able to see his future. The series is very beautifully written and directed.

Saimdang is a historical drama series that is currently available on amazon prime. The story has a 7.8 IMDb which is pretty impressive along with a huge fanbase who are anticipating the release of season 2 for the show. The show currently has a total of 24 episodes. The show mainly belongs to the romance genre and is based on the life of our protagonist who is supposed to write a paper on a 500-year-old painting but soon we see her traveling back to the past to the actual period when the artist of the painting was alive. Then we see a beautiful story and great depiction of the lifestyle of saimdang, the artist of the famous painting along with our protagonist mixing into the history of the world.

The flower boy next door is a drama series that belongs to the rom-com genre and dates back to 2013. The series ended with only one season and has got a considerable fanbase, it has also got a 7.2 IMDb rating which is quite remarkable in its genre. the series is mainly based on the story of a shy girl who keeps herself locked in her world or her apartment as we can say and spies on a doctor who lives across the street, the girl slowly starts growing feelings for him and soon we see the entrance of a super energetic good-looking guy into the locality with his friends, who light the entire locality up. He helps her to slowly get outside her boundaries and make contact with the outside world. Throughout the story, we see the growth of friendship along with love and a lot of comedy and drama. The show is purely worth a watch and recommended to all.

This is also a series that belongs to the rom-com genre and is available on amazon prime. The show has a 7.3 IMDb rating which is quite appreciable too along with a quite huge fanbase. the show received great words from critics and is a single-season series that aired in 2014. The show is mainly based on a heartbroken 39-year-old woman who is completely indulged in her work and is not very social with others.

People assume her to be very dedicated and her to be an introvert but we soon find her that the main reason is her broken heart which is because of her ex-fiancé’s rejection. The story continues with the introduction of a jack of all trades 25-year-old guy with whom she slowly gets close and finds a different kind of relationship. The show keeps the question till the end that whether they are able to carry on their life as a couple or end up being separated for their huge age difference.

Mischievous kiss is again a rom-com Korean drama series that was released in the year 2010 and is based on a manga. The show received a 7.1 IMDb rating which is quite great along with quite positive remarks from the critics. The show is based on two high school students who are completely opposite to each other’s characters, one being completely obsessed with the other while the other being completely ignorant of the other. They both soon out of certain circumstances are made to live under the same roof and the story is based on the growing tension between those two and a lot of drama on part of their friends.

Oh my ghost is another very appreciated Korean drama series belonging to the fantasy romance genre. the show received an 8.0 IMDb rating which is quite great and makes the show worth a watch. The shoe is mainly based on the story of a talented sous chef bong sun who has a special capability of talking with ghosts and her becoming possessed by a seductive ghost who has some unfinished business by bong sun’s head chef. We see the story proceeding as the bong sun being possessed by the ghost ends up getting close to Kang sun woo and their growing relationship.

Queen and I is also a Korean drama series that belongs to the fantasy romance genre. the show was released in 2012 and is very appreciated by critics since then. The show is based on the growing love story of Choi hee jin who is a struggling actress and belongs to the present time period and a time-traveling scholar named Kim bung do whose entire family was killed in a massacre and belongs to the past. The story is filled with timeline changes, a lot of drama and humor between the two, and their slow-growing love which makes the show actually worth a watch for all.

This Korean drama series belongs to the more recent times, it was released in 2019 and has received a 7.9 IMDb rating which surely makes the show worth a watch for all and has gathered a considerable fanbase since its release, the series is also a single-season series. The show is available on amazon prime and is based on a small-town boy who has lived most of his life in his town and now due to his new job has got to move to the city. He finds a cheap apartment for rent where he starts living where he has to share his kitchen as well as the bathroom with the other residents of the apartment. Soon it seems to the boy that the other residents are weird and quite suspicious and the entire story is based on them.

9. The Penthouse: War In Life

The penthouse is a Korean drama series that has been running for 3 consecutive seasons which started airing in 2020 and delivered its finale season in 2021. The show has received an 8.1 IMDb rating which is pretty much impressive and has also got a huge fanbase who are anticipating another season but have been disappointed by the makers. The show is mainly based on the life of a woman with a tragic past who is now married to a successful businessman and is trying to make her place into the high societies but is struggling to. We also see their child playing a big role along with their love for them and a lot of drama. The show is surely worth a watch for all and is now available on amazon prime.

Mr queen is a Korean drama series that was released in the year 2020 and can be regarded as the best from the above-mentioned list. the show received an 8.8 IMDb rating which speaks for itself along with great words from critics. The show has released a single till now with a total of 20 episodes. The show is mainly based on the life of a very successful chef who ends up in the body of a queen of the Joseon period. The present queen and the monarch are very easy going but we see the monarch plays the role of only a puppet king whereas the real power is in the hands of the ex kings’ wife, we see a lot of drama throughout the entire series, and is surely worth a watch for all. 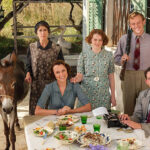