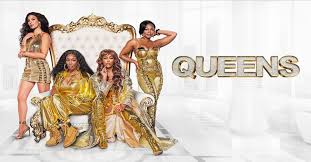 A show about women’s friendships makes for a perfect weekend watch. In a world where women are often blamed and wrongly accused of being bitter towards each other. It is always refreshing to see women celebrating other women. Queens is a show that fits this description and challenges the narrative. The American drama is a musical TV series broadcast on ABC. The series was released on the 19th of October 2021. The series created by Zahir McGhee has only one season as of now with a total of 12 episodes. Each episode of the show has a runtime of around 40 to 44 minutes.

Zahir McGhee is also one of the executive producers of the series along with Sabrina Wind and Tim Story. The ABC series is also available for streaming on Disney plus Hotstar platform. Music plays a huge role in the series as it’s a musical. The music has been composed by Swizz Beatz. Like other shows of ABC, this show can also be streamed on Hulu.

After the positive reception of season one, it was expected that a renewed season will soon hit our TV screens. However, the rating was underwhelming as compared to other high-performing TV series. The profit of makers will play a huge role in the final decision. Therefore chances are that fans may not get to watch season 2 of this series. As when season 2 of Queens is under production, the makers will make an official announcement.

Even if a season 2 is on the cards, it will not release anytime before next year. The last episode of the series has only been released and season 2 is not even under production as of now.

The story of Queens revolves starts with the reunion of four girlfriends who had lost connection as life happened over the years. As the story progresses we learn that the gang of four were members of a 90s music group and had been estranged. They were known as the Nasty Bitches and were considered as legends of the hip-hop world. The group of Naomi, Jill, Valeria, and Brianna was insanely popular. Queens showcases the aftermath of them coming together after years. There is excitement in the air but also apprehension as to what will happen if things go south.

We meet the women in their 40s. They are older now. For investors, their reunion is a way to regain money and prestige. For the women, it is also an opportunity to rekindle their friendship. The star women are also popularly known by their stage names Professor Sex, Butter Pecan, Jill Da Thrill, and Xplicit Lyrics. We follow them as we discover whether or not the women will succeed in attaining their goals.

Whether the former queens use this opportunity to prove themselves or their reunion proves to be a disaster. Whether their friendship grows or misunderstandings increase are all questions that one will get the answer to after watching the musical. Through a gripping trailer, the makers have managed to create a sense of intrigue around the series. Hip hop is big in our world. A movie dedicated to art will surely be liked by audiences.