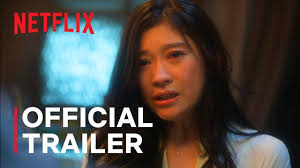 Fishbowl Wives is the latest show in town. The Japanese drama directed by Michiko Namiki, Hiroaki Matsuyama, and Aya Narakino is streaming on Netflix. The TV show has an IMDb rating of 7.1/10. The show is a romantic drama with a gripping storyline. Each episode of the series has a run time of around 44 minutes. The show follows the lives of six young women who find themselves in unsatisfying marriages. The trauma of their marriages drives them to the verge of infidelity in their relationships. We follow the women as they grapple with their lives.

Unlike what fans think, Fishbowl Wives is not based on a true story. It is not inspired by real-life events. The drama has been adapted from a manga series. The series showcases the lives of six young adult women who chose to walk on the path of adultery when their marriage gets tough. The manga series was also named Fishbowl Wives. The screenwriters behind adapting the manga series are Ryô Kurosawa, Fumi Tsubota, Miyako, and Tomomi Matoba.

Even though it is clear that the show is a manga adaptation. Its depiction of adultery and relationships takes a lot from real-life bonds and nuances. It delves deeper than what meets the eye. Relationships showcased in the show are more than just love and light. The loneliness that one might deal with in marriages has been also delved into. The first season of the show was released on the 14th of February 2022. The show was shot in Tokyo. It’s highly improbable that the makers will go ahead with a season 2.

Is Fishbowl Wives Based On A True Story?

Fishbowl Wives never choose to defend or explain infidelity. However, it neither judges those who participate in it. The show succeeds in conveying various emotions to its audiences. It challenges the preconceived notions of its audiences. The story primarily deals with the story of Sakura Hiraga who after facing an accident drops the idea of pursuing her ambitions. The accident makes her take a lot of forced decisions that irreversibly affect her life. She opens a hair salon and gets married.

Despite seemingly having a perfect relationship and a luxurious lifestyle. Sakura finds herself stuck in an unhappy and abusive marriage. The show has been very aptly titled. The title has a story of its own. Our protagonist feels caught in the marriage like a goldfish in a fishbowl. The goldfish is used as a metaphor throughout the film. Even as Saruka meets a new man through a goldfish.

The show is one of its kind. It never puts its characters in a place of judgment. On the other hand, it makes the audiences question themselves. Often we put things into a black and white glass. We do not want to accept that infidelity can also have layers to it. It isn’t necessary that a person is bad solely based on their choices. Unless we understand the motivations behind someone’s choices. It is hard for us to understand anyone’s situation.

Fishbowl Wives may not be based on a true story but it is the story of nearly every person we know. People are grey. They have a story behind them. A past that makes a lot of what they are. If we look at people with a curiosity for their past experiences and not the biased judgment of their actions. It gives us a perspective that everything need not be according to the rules for us to accept it. The show despite not being based on a real-life story tells the story millions live in real life, every day. It makes people feel seen. All the while keeping them intrigued.