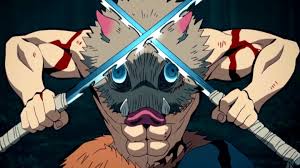 Based on a Japanese manga series of the same name, Demon Slayer is an anime series. The manga series is illustrated and written by  Koyoharu Gotouge. The first season of Demon Slayer is named Demon Slayer: Kimetsu no Yaiba whereas the second season is called Demon Slayer: Kimetsu no Yaiba – Entertainment District Arc. Season 2 is directed by Haruo Sotozaki whereas the character designs are done by Akira Matsushima. It has a rating of 8.7/10 on IMDb. The episodes are licensed to stream on Bilibili, iQIYI, WeTV, Netflix, Viu, and Disney+.

The first episode of the anime premiered on 10th October 2020. Soon after the end final episode of the first season was released, it was announced on 14th February 2021 that a second season was on the way. The first episode of Demon Slayer: Kimetsu no Yaiba – Entertainment District Arc was released on 5th December 2021. The concluding episode aired on 13th February 2022 hooking the fans all the way. Now everyone is asking just one question – Does Inosuke Die in Demon Slayer Season 2? Here’s the answer you’re looking for!

The simple answer is no. Inosuke does not die in the finale of season 2 of Demon Slayer. The event happens when Tanjirou fails to keep the Upper-Rank Six’s primary holder in check. Gyuutarou takes the chance and stabs Inosuke using his poisoned sickle. The weapon seems to go right through the heart of the Demon Slayer. He falls off the roof and is unconscious for a while. The poison spreads into his body but does not affect Inosuke because he can shift his internal organs at will. This is also why even though he got stabbed in his heart at that time, his heart is alright for now.

However, things still look problematic for Inosuke, and his health gradually deteriorates. Zenitsu reveals that Inosuke’s condition is getting worse as his heart grows weaker. Worried for their friend, Tanjirou and Nezuko try to observe Inosuke’s condition. Tanjirou starts panicking and thinking of ways to save his companion and friend. But, Nezuko comes up with a better idea. She uses his Blood Demon Art and burns all the poison that was running in Inosuke’s veins. As a result, Inosduke is revived and slowly starts getting better. In a penultimate episode, Inosuke is seen joining for his upcoming battles.

The story follows a kind-hearted and smart boy named Tanjiro Kamado. He and his family live in the mountains. Tanjiro is also the one who looks after his family post his father’s death. One day, when he returns from his usual charcoal selling business in a nearby village, he finds out that all his family members have been killed by a demon. Only his sister named Nezuko Kamado has survived the attack. However, she has now converted into a demon herself. But Tanjiro is relieved when he sees that his sister still possesses human emotions and feelings.

Soon after this incident, Tanjiro meets Giyū Tomioka who is a demon slayer. He recruits both of the siblings and sends them for training to Sakonji Urokodaki, his retired master. Tanjiro trains hard to become a demon slayer so that he can avenge his family’s tragic death. He also looks for ways to help his sister become a human again. In the final test after two years of rigorous training, Tanjiro passes it and is one of the very few survivors. Thereafter, he starts to go on quests and begins his journey as a demon slayer.