Comedy – romantic sitcom is one of the greatest genres till now, as it always comes up with something new and different story with an amazing cast. How would it feel if someone gets dumped by his / her partner? Dollface is such a series that shows its audience the story of a woman who is dumped by her longtime boyfriend. The series ventures around her struggles and how she again got her female friends is a task. Watch her journey after being dumped until she becomes the star. This is an American comedy television series which is created by Jordan Weiss under the production of Clubhouse Pictures, LuckyChap Entertainment along ABC Signature Studios.

Season 1 got released on November 15, 2019, along with its season 2, which was released on February 11, 2022, on the Hulu network. Both the seasons have 10 episodes each. After gaining ratings like 7.4 on IMDb and 59 % on Rotten Tomatoes with liked by 72 % people, the series is appreciated and praised by the audience. The series is recommended as one of the best series with such an amazing cast and its premise.

After its two big blooper hits, the audience is waiting for its season 3. As of now, there have not been any announcements and updates on whether the makers and the Hulu network will renew it, but if the engagement would be even better than the earlier, then there is a surety that the series will be back soon.

ALSO READ: Is I Want You Back Based on a True Story?

The story revolves around a woman named Jules, who has been dumped by her longtime boyfriend, Jeremy whom she had a relationship of 5 years. She soon realized that all her relationships are expired which gave her no fruitful results except grief. She decided to reconnect with her girlfriends Madison Stella. Though all the three girls have different attitudes and personalities, at last, they are ” The One “. Madison is a bossy one, Stella: is a funny one with Jules, who is a boring personality.

Jules works at Woom in the web designing team, where she encounters different personalities. Shortly after her breakup, she meets with an Old Cat Lady at the bus stop who helps her navigate the right path. She never gives her advice but pushes her to the right path, which she does too. Although, the three women make things interesting in their life with the combination of each other, on the other hand, also have to deal with different problems. Her friends also end up dating someone and get ruined by inviting the so-called issues, which Jules had broken up with earlier.

Jeremy, at last, asked Jules if they can again get into the relationship, but the answer was a simple No for Jules, as she did not want to repeat the things and mess up with everything. In the last episode of season 2, Stella opens up a restaurant with her lady partner Liv.

The cast too is not decided yet that who will be back in season 3, if the series will renew. But, there is some main cast that can make their journey back with the season 3 which includes Kat Dennings as Jules Wiley is a woman who works as a web designer at a company called Woöm.

She has broken up with her longtime beau. Brenda Song seen as Madison Maxwell is a PR expert and Jules’ best friend from college with who she recently reconnected. Shay Mitchell in the character of Stella Cole is Jules’ other best friend from college who she recently reconnects with Alon with Esther Povitsky who is seen as Izzy Levine is one of Jules’ co-workers in the company.

Beth Grant can again be back as Cat Lady, Connor Hines as Jeremy, Jules’ ex-boyfriend with Brianne Howey in the character of Alison B. who is also one of Jules’ co-workers at Woöm. Santina Muha as Skyand Lilly Singh can also appear as Liv, the owner of Frank Ginatra’s Cocktail Lounge and Stella’s new love interest. She is a single mother to having a young son. 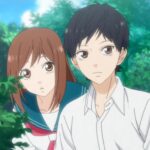 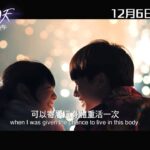