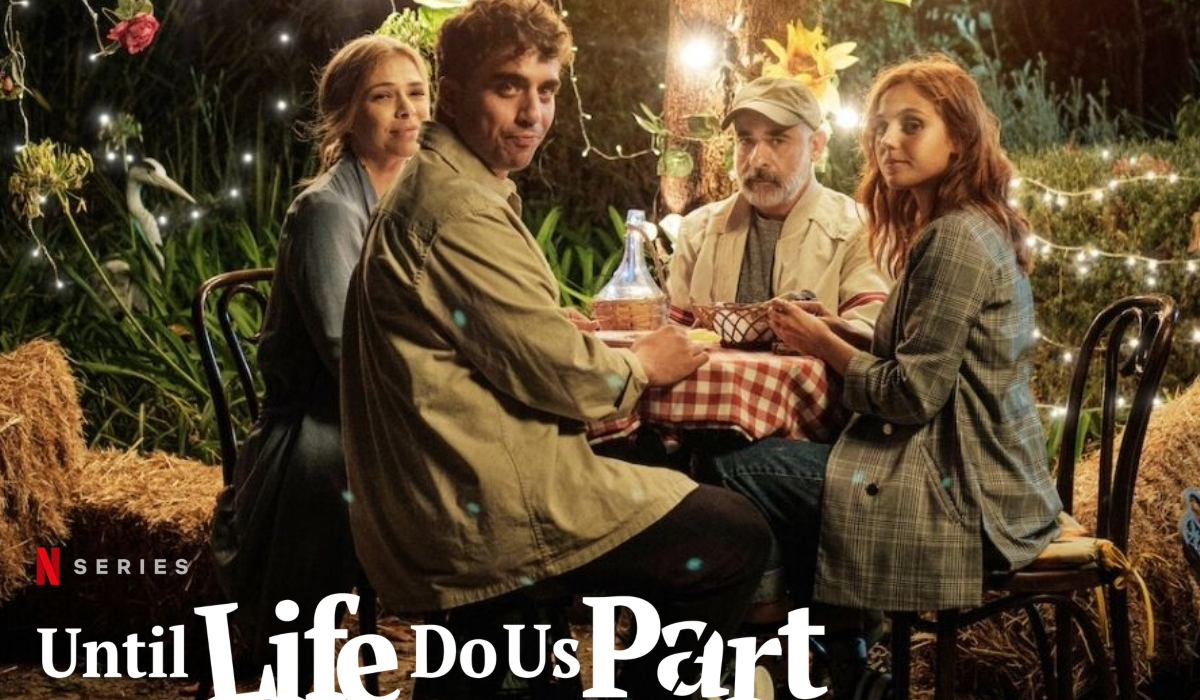 People are all about romance these days, they wanted to feel good in these rough times. That’s where movies came where people can imagine the experience. Especially this Valentine week, you can stream tons of romantic movies with someone you want or can have your own company. It seems fitting how the streaming service has arranged its line-up for the week. Just like this Netflix released a new romantic Tv Show ‘Is Until Life Do Us Apart’, directed by Manuel Pureza.

It is a Portuguese television show which promises us to be different. It reflects in its very name, an inversion of the famous phrase ‘till death do us part. The show also hints at humor that we will likely see in the show. Find out about the cast, plot, and more ahead of its release. The characters in the show and their experience are not much different from those of the typical multigenerational family. Additionally, the beautiful villa that the Paixoes live in has attracted viewers’ attention.

Is Until Life Do Us Part Based on a True Story?

Answer in short, No, ‘Until Life Do Us Part, is not based on any kind of true story. It is a work of fiction, created a whole new different world, created by Hugo Goncalves, Tiago Santos, and Jaon Tordo by working as the writer of this series. According to many, they have done a fabulous job, the story is just perfect and has everything you wanted to be in a drama series. There are so many shows on Netflix that revolve around family members working together. Some are comedies or dramas, while others have a darker tone, such as thriller and crime shows. Examples include ‘Family Business’, Heartland and ‘Peaky Blinders’, and Monarca.

The storyline of ‘Heartland’ revolves around the fleming family, who runs the titular ranch in Alberta. It follows the ebbs and flows of their lives as they cope with hardships and triumphs. This may be why ‘Until Life Do Us Part’ is thought to have been based on real events. Businesses are often the cornerstone of family dramas. At some point, this show reminds us of all different forms of parenthood, except for the fact that parenthood is like lovefest delivered by comparison.

Until Life Do Us Part Story

As a part of some pre-wedding preparation, the men make a video – one is called the “Best Man” but that’s just ceremonial. Rita Paixao, interviews them, while Vanessa who is in charge of the family wedding planning business, gets a prescription for estrogen from her doctor, who informs her that she may experience vaginal dryness.

She later has dinner with Vasco, the father of the groom in the couple whose wedding she’s organizing, who blames the problems with the car on her menopause symptoms. When that doesn’t work out, Vanessa fantasizes the workers are all flirting with her and the owner says the problems are all caused by her menopause.

Her business isn’t doing well because more people are getting divorced. She and Rita are even going to a conference where they will learn how to plan divorce parties. She tells him they could have gotten together in college, but chose not to. Daniel, a photographer, is greeted by his son Marco at his studio. His business has faced a setback lately; he’s also feeling unfulfilled by weddings and parties when he’d rather concentrate on his artistic endeavors. He is supposed to meet his friend Vasco at his gallery, thinking he wants to shoe his photos, but Vasco only wants him to photograph in the opening.

Daniel and Vanessa had been married for 30 years before the movie shows us that they are married after they shoot the art show. They attend a dinner to celebrate their marriage, but things do not go well, especially when Daniel shows Vanessa a college photo of her, he shot. As Vanessa asks Daniel for a divorce at the wedding of the couple, she was reminded of the women who “still believed in a happy ending.”

Until Life Do Us Part Cast