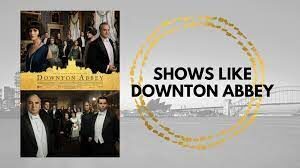 Poldark is a historical period drama starring Aidan Turner as Captain Ross Vennor Poldark, Eleanor Tomlinson as Demelza Poldark, Heida Reed as Elizabeth Poldark, Kyle Soller as Francis Poldark, and Jack Farthing as George Warleggan in the lead roles. The series is based on  Winston Graham’s novel ‘Poldark.’  It has a total of 43 episodes in 5 seasons.

The story begins with Captain Ross coming back to his hometown Nampara in Cornwall after the American War of Independence. He was in the army and hasn’t visited his hometown for the past three years. When he returns, he realizes that many things have changed. He finds out that his father has died, leaving his estate in debt. Elizabeth, his girlfriend since childhood, got engaged to his cousin Francis. In the middle of the chaos, he meets Demelza Carne, a young woman, in the market and hires her as his maid. The last thing he expected to happen happened-he fell in love with her.

The Crown is a historical drama series portraying the life of Queen Elizabeth II, created by Peter Morgan. The series has a total of 40 episodes with four seasons and is available on Netflix. The story begins from her wedding in 1947 to the life of Philip, Duke of Edinburg(until the 21st century. The first season shows the events from 1995 including Winston Churchill resigning as a prime minister. The second season shows events from 1956 till the scandal of the Profumo affair. The third season begins with Harold Wilson’s election and ends with the Queen’s Silver Jubilee. The final season focuses on  Margaret Thatcher’s and  Lady Diana Spencer’s life.

Outlander is a historical romantic drama series directed by Ronald. D. Moore. It is an adventurous series starring Caitríona Balfe as Claire Beauchamp Fraser and Sam Heughan as James “Jamie” MacKenzie Fraser. The series was released on Starz on August 9, 2014. It has a total of 67 episodes(5 seasons). The story happens in the year 1945, Claire is a married middle-aged woman. She was a Second World War military nurse.

One day she finds herself in a place less familiar. She realizes that she has been transported back to 1743. Though she tried to find a way back to the present, she couldn’t. So she decides to live her life there. Her life turns more exciting when she falls in love with a warrior named Jamie Fraser.

Victoria is a historical drama created and written by  Daisy Goodwin. Starring Jenna Coleman in the lead role of Queen Victoria. The series has a total of three seasons with 25 episodes in total. The story begins with the accession of Queen Victoria’s accession to the throne at the age of eighteen.

The first season shows the accession, early marriage, and giving birth to her first child, a daughter, The season two shows the difficulties she faces in fulfilling her role as a queen, mother, and wife. In the final series, we see Victoria’s six children, and she’s turning 30 years. Her life becomes more difficult with the arrival of her half-sister.

Upstairs Downstairs is a television drama written and directed by  Heidi Thomas. This series is a continuation of the 1971 series ‘Upstairs Downstairs.’ Ed Stoppard and Keeley Hawes play the lead role of Sir Hallam and Lady Agnes Holland. Jean Marsh plays the role of Rose Buck(housekeeper). The story shows the relationship between house owners and servants. Here, the upstairs define the owners, and the downstairs defines the servants. Their relationship changes when the deep secrets are revealed.

Call the Midwife is a period drama series that tells the story of a group of midwives who are nurses. The series is written and directed by Heidi Thomas and is based on the novel ‘Memoirs’ of Jennifer Worth. It was released on 15th January 2012. It has a series of roles done by Jessica Raine, Miranda Hart, Helen George, Bryony Hannah, Laura Main, Jenny Agutter, Pam Ferris, Judy Parfitt, Cliff Parisi, Stephen McGann, Ben Caplan, Emerald Fennell, Victoria Yeates, Jack Ashton, Linda Bassett, Charlotte Ritchie, Kate Lamb, Jennifer Kirby, Annabelle Apsion and Leonie Elliott.

The story revolves around Jenny, who recently joined the midwife community. The midwives carry duties of a nurse and take care of people across the community. But their main job is to look after the newborn babies. At first, she couldn’t cope with any of the rules and discipline to be followed by the other midwives. But soon she finds herself developing friendships with the nurses and other families.

The Forsyte Saga is a television drama that shows the lives of an upper-class family living for three generations from the 1870s to the 1920s in London. It has a total of two seasons with ten episodes. Soames Forsyte is a young lad from a wealthy but arrogant family. He never finds any of the princesses qualified enough to marry him. But unexpectedly he falls in love with Irene Herron, who is from a poor family, They fall in love with each other soon and get married. But their life gets more complicated when Irene realizes that she is no longer in love with her husband.

The Durrells in Corfu

The Durrells in Corfu is a comedy-drama based on the ‘Corfu Trilogy’ by Gerald Durrell. The series was written by Simon Nye. It has a total of 26 episodes in four seasons. The first episode was released on 3rd April 2016. The story revolves around the Durrells family.  Louisa Durrell decides to move from  Bournemouth, England to the Greek Island of Corfu with her four children, years after her husband’s death. Though she moved to Corfu without any plans, she realized that they don’t need much money for survival. The entire series showed their daily adventures of life in Corfu.

Mrs. Fisher’s Murder Mysteries is a drama series filled with mysteries and crimes.  Phryne Fisher (Essie Davis) plays the lead role of a private detective, The first episode of the series was released on 24 February 2012. It has three seasons with 34 episodes in total. The story takes place in the late 1920s in Melbourne. The story shows both the personal and professional life of Phryne Fisher. Fisher’s sister got kidnapped when they were kids. The inner guilt of not being able to protect her sister made Fisher choose this profession, She fights the injustice happening in society with her pearl pistol and her sharp wit.

North and South is a historical drama based on the novel ‘North and South by Elizabeth Gaskell. The series was released on 14 November 2004 and has a total of 4 episodes. Margaret Hale (Daniela Denby-Ashe) plays the lead role. She is a young woman who moves from Southern England to the North after her father leaves his job. The family finds it difficult to adjust to the new town. They soon realize that the high-class people and the mill owners feel superior to the working-class people. She feels sympathized with the mill workers. The story takes a turn when she falls in love with a local mill worker, John Thornton.

War and Peace is a historical drama series written by Andrew Davies and directed by Tom Harper. It is adapted from the novel ‘War and Peace’ by Leo Tolstoy. The first episode was released on 3 January 2016 and it has a total of six episodes. Paul Dano(Pierre), Lily James(Natasha), and James Norton(Andrei) play the main roles. The story happens in 1805 in Russian Empire. The three of them have different ambitions and expect something entirely different from their lives. Pierre is Russia’s richest man’s non-spoiled young lad who wants the world to change for the better.

On the other hand, Natasha, the enthusiastic and high-spirited women search for true love in the fake world. While Andrei, the handsome and intelligent guy neither wants the world to be better nor wants true love, he is looking for something with a higher purpose. Their life completely changes when Napoleon’s military campaign against Russia and Austria begins.

Wolf Hall is a historical drama series is based on the novels Wolf Hall and Bring Up the Bodies by  Hilary Mantel. The first episode of the series was released on 21 January 2015.

The series stars Mark Rylance as Thomas Cromwell, Damian Lewis as Henry VIII, and Claire Foy as Anne Boleyn. The story happens in the 1520s in England. England is a little away from getting conquered by her enemies. If Henry VIII dies without a male heir, then England would be in great danger. So the king decides to marry Anne Boleyn.

But the people and others oppose him. But his life completely changes with the entry of Thomas Cromwell, a brilliant, charming, idealistic man who has the power to read people’s minds. The series shows how Thomas helps Henry VIII in this difficult situation.