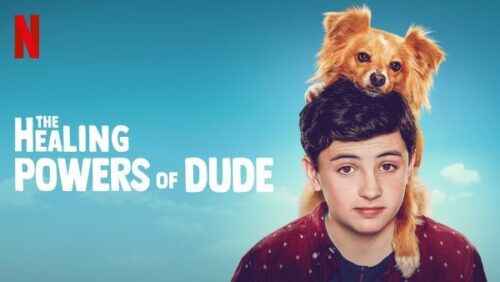 The healing power of dude is an American web series that belonged to the comedy genre. The show has already premiered its first season and the reviews regarding the first season weren’t quite great. The show didn’t get a huge fanbase with its release, it got a 6.6 IMDb rating which is moderate, and received a mixed reaction from the critics. The show’s storyline is sure quite helpful for children and teenagers as the show talks about a major issue which most kids face nowadays.

The show revolves around an 11-year boy named Noah who has a social anxiety disorder and to cope with all this he gets a mutt dog who supports him through his disorder and attends school with all other kids. after the first season of the show there has been a few inquiries about the second season of the show. As of now, we haven’t received any official word regarding the release of the show and according to the statistics, it is quite acceptable that the makers have decided to discontinue the show. Though there is still a ray of hope for all those fans out there because it is quite common for many shows on Netflix to get renewed after a long-time break and maybe the healing power of dude is one of them.

The first season of the show came premiered on the Netflix platform on the 13th of January 2020, the first season was eight episodes long and though not left at a cliffhanger, the show could be continued with new events and continuation of the same storyline.

The first season of the show has a total of 8 episodes and the first episode of the show begins with an 11-year-old boy who has a social anxiety disorder and is very scared for his homeroom day and isn’t comfortable going to school with strangers without his parents thus his parents get him a dog which helps him to overcome his social anxiety and acts as his support system in the external world. The first day of school goes pretty well as he is able to make new friends Amara and Simon, Simon is the crazy wannabe cool kid.

The next episode mainly concerns with Noah where he is supposed to make a class presentation and he is all panicked, and here come his new friends who support him and ask him to take the support of his dog quite literally to do the presentation, we see Karen motivation, Marvin, to start sculpting again. We also see a lot of chaos while Noah’s little sister sneaks out of the house while Simon and Amara come to Noah’s place to play games. The storyline also has a bully episode and a Halloween episode where Noah stands up for his friends who were getting bullied and also has a love at first sight encounter with Valerie who invites Noah to a Halloween party towards the ending of the show.

The second season of the show may concentrate on the theme of the dude and Noah growing up together and bonding more with more middle school chaos on part of Noah and maybe a bit of his high school life. We may get to see more of Valerie and Noah’s relationship and if they have more such moments together and the question of Simon being able to handle himself still stands unanswered.