If you are a big fan and lover of the thriller and crime genre, then this series can be best suited for you. The Girl Before is a psychological thriller drama series that is based on a novel written by J. P Delaney under the same name. The drama series is also created by J. P Delaney along with Marrisa Lestrade. Directed by Lisa Brühlmann, the series got released under BBC studios and revolves around a woman who fall in love with a house that is under the spell of an architect who originally designed it.

The Girl Before Season 2 Release Date

Season 1 of the series which consists of four episodes ran from December 19, 2021, to December 22, 2021, on BBC One and HBO Max. The series got 6.5 ratings on IMDb and 67 % on Rotten Tomatoes. It is also liked by 72 % of people. After watching season 1, the audience might think if the series will renew for season 2 or not. Well, the broadcasters and the producers have till now not announced anything about season 2. J. P, had said that he has not made further sources for season 2, and all the sources of his novel have been covered in the four episodes of 50 minutes each. So, there are highly no chances of its renewal, but the audience has to wait for the official announcement yet.

The Girl Before Season 1 Recap

The thriller series shows the audience two-time situations at one single time. Emma and Simon were the first tenants in Edward’s minimalist and beautiful house, but at the time fills with the creepy thrill and secrets. After three years, Jane, a traumatized woman shifts in his house. She was in the grief of her stillborn baby. Both the women are Black Women with the same height and somehow the same appearances, but the different purposes and stories of life.

Although the rent of the house was cheap, it had many restrictions and rules imposed by Edward, which needs to be followed by the tenants and he checks it every day. Edward has his own sad story of life. His wife and baby died in the same house many years ago during the construction.

Jane slowly got to know the secret of Emma’s death in the house. Emma and Simon moved to this house, as they had a burglary in their previous house and Emma told the police that she was raped by that man and forced to have oral – sex. After shifting to Edwards’s house, Simon became hostile towards her and they both had to fight every day. Edward’s relationship with both the women was quite the same. Jane, one day, got Emma’s therapist card and she visited there. She is involved to unveil the truth of Emma’s death along with the secret of Edward itself.

The Girl Before Season 2 Cast

As there are no updates and confirmation of its second season, the cast of the series is also not clear. It is not decided whether the cast of season 1 will be returning back to the screen or season 2 will cast some new faces. In season 1, you had seen the main cast as follows. Gugu Mbatha – Raw seen in the character of Jane Cavendish is the woman who moved into the minimalist house of Edward built three years after Emma and Simon. David Oyelowo seen as Edward is the architect of the minimalist house. Jessica Plummer in the character of Emma Matthews, along with her partner moved into the house and was revealed to die later. Ben Hardy as Simon is the partner of Emma.

There were some secondary casts also, which includes Ian Conningham as DI James Clarke, Amanda Drew seen as Carol, Mark Stanley as Saul, Rakhee Thakrar in the character of Mia, Ben Addis as Peter Creed along with Natasha Atherton as Leona. 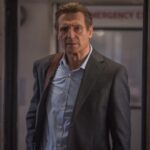 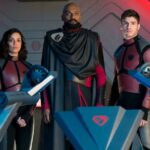