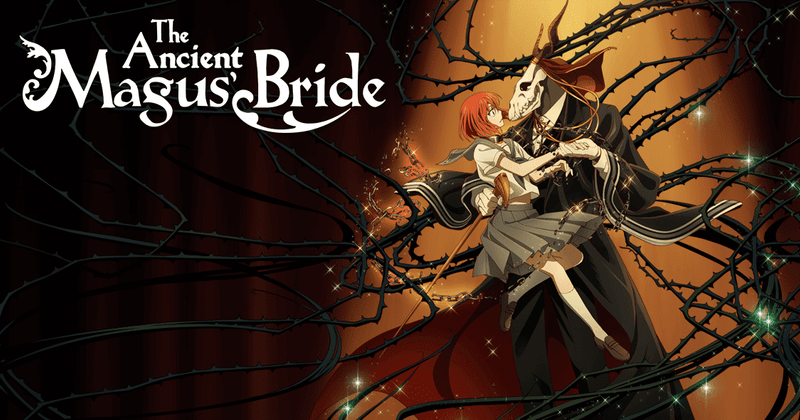 ‘The Ancient Magus’ Bride’ is a supernatural and mysterious manga series. It is illustrated by Kore Yamazaki and published by Mag Garden. The anime television series The Ancient Magus’ Bride s written by Norihiro Naganuma and Aya Takaha, and directed by Norihiro Naganuma. The first episode of the anime series was released on October 7, 2017. The series has a total of 24 episodes in season 1. The story revolves around a high school student Chise Hatori.

She leads a mysterious and pathetic life. Her father abandons her during her childhood, and her relatives have no interest in taking her in. The problems that she is facing in her life make her feel so hopeless that she even thinks about giving up on her life. One day, she sells herself in a slave auction and that’s when her life takes an unexpected turn.

This series is one of the most famous manga series that has ever been released. The manga and anime television series, both conquered the hearts of anime lovers. Throughout the series, the audience was kept engaged with tests and turns. The final episode of the series was released on March 24, 2018, on AT-X and Tokyo MX. This literally gave anime loves a heart attack and unfortunately, the creators haven’t made any announcements about season 2 of the series. But let’s keep our fingers crossed and wait for the official announcement of season 2.

ALSO READ: WHY IS THE MICK SEASON 3 RELEASE DATE CANCELED?

Chise Hatori is a youngster whose parents abandons her when she was a child. She was always considered a burden by her relatives. Since her childhood, she has been experiencing pain and suffering in her life. Not even once life has made her smile. She was so hopeless in life that she gets ready to do anything, just to survive. Once she decides to sell herself in a slave auction. In the sales auction, she gets auctioned by Elias Ainsworth for 5,000,000 pounds, who is half-fae. He has a bitter past and he is quite similar to Chise.

He was always left out from his community and society. He then takes her to the outskirts of London. After freshening up, Chise and Elias sit for dinner. He explains why he chose her and says that she will be his apprentice from that day. She falls asleep in her room out of tiredness but her sleep gets disturbed by a few fairies who take her to the fairy kingdom. But she refuses to go inside the kingdom and tries to go back. She sees Elias waiting for her, Elias hugs her out of happiness and declares that she will be his wife. They talk about Chise’s past and later meet with a priest. The priest gives Elias three tasks, and the first task is Dragons’ Aerie on Island. Soon after arriving on the island, Chase gets kidnapped by the dragons and the rider. Later they drop her on the lake, from there she finds her way to Elias.

Elias gets into a deep conversation with Navn and finds the happenings on the Island. When she sees Nevin turning into a tree she passes out. Chise wakes up and realizes that she was sleeping in Elias’s lap. Later, they meet with the king of Cats. while she was wandering there, she was thrown in the lake by a strange woman where she gets to know that she is a Sleigh Beggy. After knowing this Elias starts to teach her magic and tricks. The series continues with both bonding together and starting to have feelings for each other. They go through many difficulties and even in the worst situations they never fail to protect each other. Throughout the series, Chise remains as Elias’ apprentice and wife.

MUST READ: IS THE ALIENIST SEASON 3 RELEASE DATE ANNOUNCED?