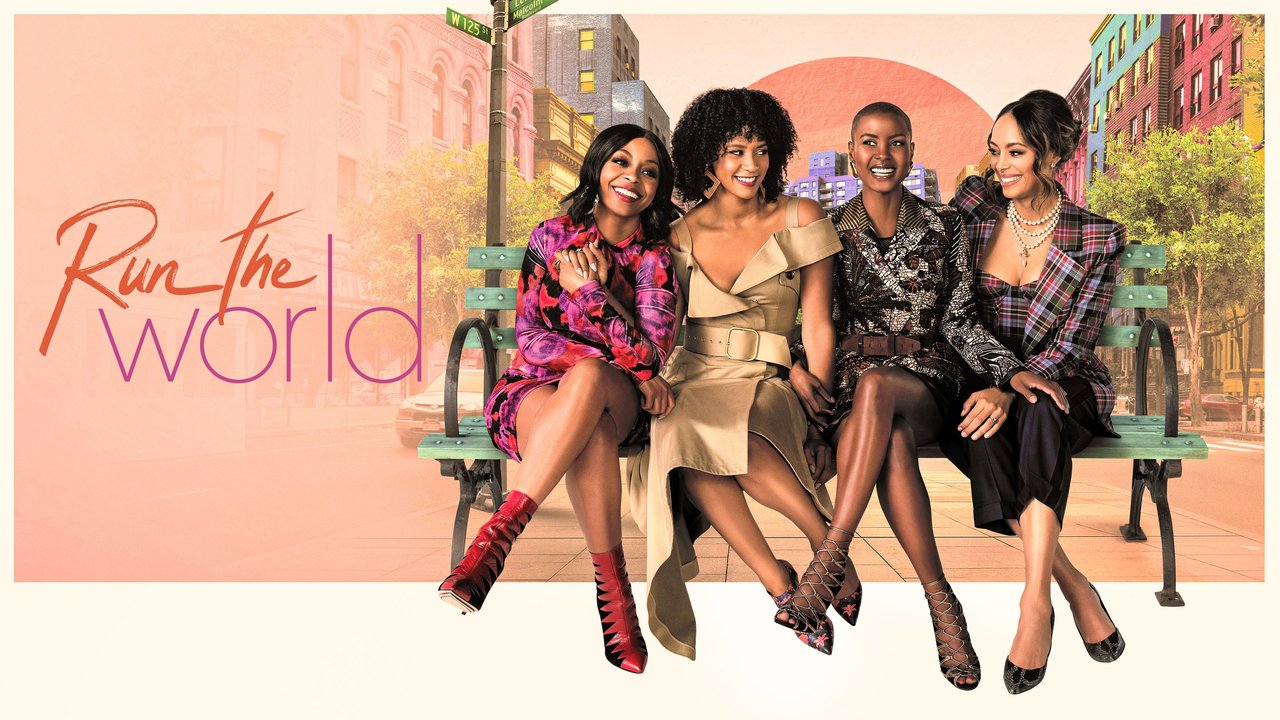 Run The World is an American comedy series written and created by Leigh Davenport. The first episode of the series was aired on May 16, 2021, on Starz. The series has received positive ratings and reviews from the audience. The series has a total of eight episodes with a running time of 26 to 30 minutes each. The story revolves around four vibrant and energetic black women, who are desperate to dominate the world. They are loyal and understanding best friends who always stick together. The entire series shows how they thrive and take over the world.

Run The World is one of the series of Starz which has gained a huge audience and high ratings. The first season was accepted and enjoyed by many. They made sure that the audience are engaged throughout the series. The final episode of season 1 was released in July 2021. This literally gave a mini-heart attack to the fans but fortunately after a few weeks from the release of the last episode, they made the announcement of renewal. Yes! The series is renewed for season 2. The creators made this announcement in August. Though they didn’t make any official announcements about the release date, at least we know it’s worth waiting for.

The story takes place in Harlem, New York. Ella Mc Fair, Renee Ross, Sondi Hil, and Whitney Green are the four best friends and the man characters of the series. The first episode of the series gives an introduction of Ella Mc Fair, a failed novelist who gets a job at HotTeaDigest.com and she calls her three best friends to help her with the first assignment.

On the other side, Renee is facing difficulties to maintain her married life. She gets more uncomfortable in that life. So she approaches Ella and Sondi to help her find a solution. Meanwhile, Whitney is struggling to keep her work-life balance. Sometimes she even forgets that she is going to get married soon. To come out of their daily stress the three of them throw a surprise party for Ella on her 32nd birthday. Four of them spend their perfect weekend drinking, eating, and partying.

They prepared themselves to face the next week. Sondi and her thesis professor Matthew threw a party for their academic peers. Meanwhile, Whitney feels her life is falling apart when she figures out that her wedding dress hunt doesn’t go as she planned. When the four of them felt like they have had enough with their lives, they decide to go for therapy with Dr. Nancy Josephson. After the therapy sessions, they really felt more revealed and decided to face life with more positivity. With that energy, they get ready for Whitney’s wedding. The three of them crazily enjoyed the bachelorette party. But, their wildness turns into shock when they realize that the bride is nowhere to be found. This brings us to the end of season 1.

Amber Stevens West as Whitney Green, a banker, struggling with her life, and trying her best to become the dream wife of her fiance Ola, Andrea Bordeaux as Ella McFair, a writer in her early 30s working at HotTeaDigest.com, Bresha Webb as Renee Ross, a funny and audacious marketing professional, who is soon to get divorced, Corbin Reid as Sondi Hil, a doctoral student in a relationship with her advisor, Matthew, Tosin Morohunfola as Olabisi “Ola” Adeyemo, Whitney’s fiance, and a banker from a big Nigerian family, Stephen Bishop as Matthew Powell, Sondi’s boyfriend, a professor, thesis advisor, and father of Amari, Erika Alexander as Barb, Ella’s boss, who has her entire life sorted, Ellie Reine as Amari, Matthew’s six-year-old daughter who really likes Sondi, Nick Sagar as Anderson(Satan), who is Ella’s ex-boyfriend who broke up with her to take up the job in South Africa, Jay Walker as Jason, Renee’s soon to become ex-husband, and manager of an unknown brand, Emily Trevor as Abby, Ella’s co-worker, Tamera Tomakili as Monife, Ola’s sister and a doctor, Tonya Pinkins as Gwynn, Whitney’s mother, De Adre Aziza as Donda Baptiste, Matthew’s co-worker, Sasha Hatchings as Hope, Whitney’s co-worker and maid of honor, and Rosie O’ Donell as Dr. Nancy, Four of their therapist.

MUST READ: WILL VH1 RENEW HIT THE FLOOR FOR IT’S SEASON 5? KNOW HERE!