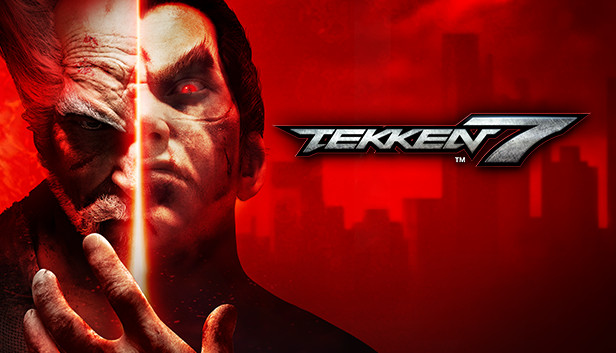 Tekken gameplay series have been entertaining the audience and the gamers for a very long time. Tekken 7 is the seventh main and the ninth overall installment in the Tekken series. It is a fighting and action game developed and published by Bandai Namco Entertainment. The game also received the best and most positive response from the viewers. It is described as one of the best games with powerful content and characters. The game has a total of 54 characters, including the newcomers plus the recurring.

In this article, you will get to know about the best 10 characters from the game series, which are based on their skills, tactics, and the response one character gains. However, it is someone’s personal choice, interests, and liking for some special character, but still, you have provided a list of the 10 best fighters. Know the best, strong and powerful characters of the game in this article.

Jin Kazama is the main protagonist in the game series that was introduced in Tekken 3 in 1997 for the first time. He is also called the Devil Jin and trained by his grandfather Heihachi Mishima. He wants to avenge the death of his mother Jun Kazama. He has inherited a Devil gene which is responsible for the genetic abnormality from his father Kazuya Mishima. He can easily nutate himself into the devil and can also transform his body with the help of this gene.

He is being centralized among the audience due to his immense power and unique fighting skills. He has gained mastery in different types of Karate and martial arts. He has proven to be popular as the impact he has drawn on the storyline. He also becomes the new CEO of the Mishima Zaibatsu special forces. He became a fully playable character in Tekken 5. His character has been voiced by Isshin Chiba and Minami Takayama along with many other English artists.

Kazuya Mishima is the main protagonist and later on became the antagonist and an antihero. He has inherited a Devil gene from his late mother Kazumi Mishima, by which he can transform his body into the devil form. He wanted to take revenge on his father Heihachi Mishima for throwing him from the cliff several years ago, but he got saved by his luck.

He first appeared in the Tekken series in 1994. His character is being praised on many websites, describing him as one of the best characters. He is the toughest character to handle on in the game. Due to his father’s compassion towards Jin, Kazuya’s son, he challenges him for the tournament. He has been voiced by Jōji Nakata, Masanori Shinohara, Minami Takayama and Kazuhiro Yamaji along with many other English artists.

ALSO READ: Is Reacher Based On A True Story? Know Here!

The next one is Akuma who is the newcomer member in the Tekken series among the all characters mentioned here. He has appeared in Tekken 7 and was voiced by Tomomichi Nishimura, Taketora along with Dave Mallow in his English version. He is a big rival of his brother Gouken and the killer of their master Goutetsu.

He has a relationship with Kazumi Mishima and has to fulfill her debt by killing Heihachi as well as their son Kazuya Mishima, as she saved his life. He uses Ansatsuken as a fighting technique. He is a character that is difficult to control due to his immense skills and He has gained positive reviews from the audience and has been marked as a star.

Marshall Law is the Chinese – American restaurateur who wants to open a martial art school. He has a son named Forest Law. This character is being summarised as the next Bruce Lee for his abilities and many characteristics that he shared with Lee. Due to the financial crises, he decided to enter into King of Iron Fist fighting tournaments, and with the winning money, he will open a school.

He always gets into the tournaments for just one thing: money. He is wildly gained mixed responses from the audience and is being described as the best fighter. He was also being compared with the fighter Fei Long. He has been voiced by Katsuhiro Htarada, Keisuke Fujii, and Yoshimitsu Shimoyama along with many other English voice artists.

Heihachi Mishima is described as the protagonist in Tekken 2 and an antagonist in Tekken 7 series. He is the leader of a military firm known as the Mishima Zaibatsu. His relations are very cold as he is very harsh, rude, and strict, but he is being praised for his characterization and moves. He is described as the best villain and the dominating boss.

He wants to defeat his son and the grandson, but he losses. He has been voiced by Unshō Ishizuka, Daisuke Gōri, Wataru Takagi, and Banjō Ginga along with Jamieson Price as an English artist along with many.

Steve Fox is a British middleweight boxer, who was born through in vitro fertilization from Nina but was taken by Emma in his infancy. Later, he was sent to an orphanage. He got to know about Nina when he entered the King of Iron Fist fighting tournament, and then he destroyed the Mishima’s research center. Steve is later killed by Jackhammers while breaking Jin and other imprisoned participants out of their holding cells.

He is also hard – to – control character, and when you master him, you can easily win over your opponent. He is being described as the pretty British boy boxer who likes to weave around. The character is being voiced by Yoshimasa Hosoya, Masaki Terasoma, Gideon Emery along with Guy Perryman.

Nina Williams is the sole female character and an Irish professional assassin who appeared in all the installments of the series. She appeared in the 1994 Tekken series. Anna Williams, her younger sister is one of the biggest rivals. She is being mastered in assassination fighting arts like Hapkido and Koppojutsu, among others. She soon got to know that Steve Fox is her biological son, and decided not to kill him.

She is described as the hottest and most sexist female character by many. Her fighting skills are marvelous and are the most attractive ones. She has been voiced by Yū Kobayashi, Atsuko Tanaka, and Kanako Hirano along with many other English voice artists.

The next character on the list is Hwoarang. Hwoarang is the Taekwondo student of Baek Doo San from South Korea and entered the tournament to revenge Ogre for attacking his master. He also became a rival to Jin after the two fought for a draw in one of the street matches. He has been in the Tekken series from its third installment and the hearts of the gamers and the viewers since then.

Voiced by Um Sang – Hyun, Tomoaki Maeno along with Greg Dale and others, he is described as one of the best martial artists. Although he has got an ego, he is fairly basic. His tactics and skills in martial arts are fabulous. Players of intermediate skill level stage should give him a chance, as he can be controlled easily and effectively.

Bryan Fury is the power-hungry kickboxer. He was once an Interpol officer until he was killed in a shootout but then was revived by the mad scientist Dr. Abel with the help of cybernetics. He was voiced by Kazuyoshi Hayashi and Tomokazu Seki along with English artists. He is muscular and is being described as the toughest and the greatest character. He is a cop and is also called the Zombie. Although he talks less and expresses fewer emotions, he has a selfish nature, that you will just not like.

It says that he will just tear you off if you see him funny. He is popular among his fans for his evil laugh, ruthless personality, and immense fighting skills and styles. You will surely like him if you are up to something masculine and strong.

And here comes the last one: Lei Wulong. First appeared in Tekken 2 in 1995, Lei is a police officer from Hong Kong who is investigating Mishima Zaibatsu’s illegal activities. He is being called the Super Police Officer due to his tactics and intelligence. He is dumped by his girlfriend. He has a lightweight personality but a strange attitude.

He is positively accepted by the audience and the critics. He is being described as the longest Tekken star and an action cop who does drunken boxing. He is liked by the audience for his fair – play and honesty. He helps his friends and companion with compassion, which generally makes him the odd one out. He is voiced by Hiroya Ishimaru, Akio Nakamura, Wataru Takagi along with other English artists.

MUST-READ: Is The Path Season 4 Release Date Canceled Or Renewed?