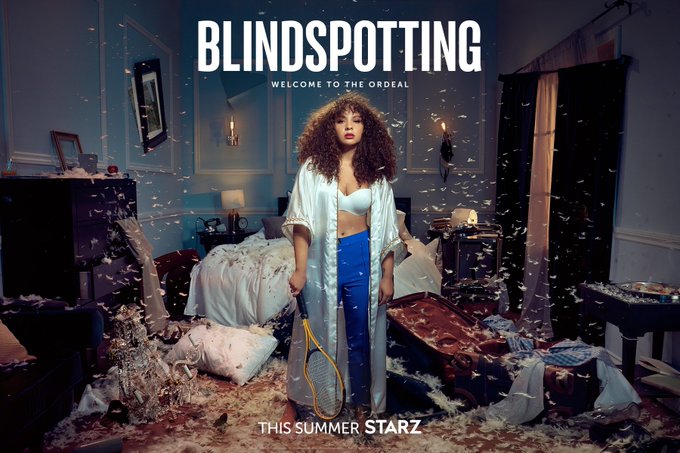 Blindspotting is a comedy-drama written and created by Rafael Casal and Daveed Diggs. The series is based on the 2018 movie ‘Blindspotting.’ The series has a total of eight episodes(one season) with a running time of 30 to 34 minutes each. The first episode of the series aired on Starz on June 3, 2021. The story revolves around Ashley, a young married woman with a son. One day her husband, Miles suddenly gets arrested, and she faces an existential crisis. To save her son from the situation she moves in with her in-law, Miles’ mother, and his half-sister. The series shows the difficulties she goes through during this situation.

The series Blindspotting was released three years after the release of the movie ‘Blindspotting.’ This series is the continuation of the movie. As you all know the last episode of the series was recently released, Starz is not yet ready for a second season. If the creators are planning for season 2 of the series then, they should have probably started the work by last year, 2021, and would probably release in June 2022.

To our surprise, the creators have stated that they are excited to bring us season 2 of the series. In short, season 2 of the series is renewed and all they should do now is to make a 100% confirmation. All we have to do is wait for Starz to make the release date an official announcement.

Ashley plans to enjoy the best New Year of her life with her 12 years partner Miles. But things take a drastic change when she gets to know that her husband will be going to prison soon. The next day, Ashley, Miles’ mother Rainey, and Miles’s sister Trish, wait in the court for the judge to make the final decision. Unfortunately, the judge ordered to imprison Miles. This entirely leaves Ashley and their son Sean homeless.

With Miles not around her, she finds it really difficult to live life alone, moreover, she is not able to parent Sean properly, she feels like she is lacking as a single parent. Soon Ashley moves in with her in-law, Miles’s mother, and their bond starts growing. But Ashley couldn’t stay without seeing Miles for a long time, so she decides to visit Miles in jail. But Janelle(Ashley’s Best friend since 6th grade) convinces Ashley not to do that and invites her on a trip to the beach, which might help Ashley from coming out of the current situation.

The father-son bonding between Miles and sean was really affectionate, Miles was more like a friend to Sean. Sean started to miss his father so much that he always insists upon meeting Miles. Ashley unable to see her son’s urge to meet his father decides to tell Sean about Miles’s imprisonment. Ashley and Jacellen take Sean fr bowling to distract him from everything. But deep inside Ashley knows that she cannot hide the fact about Miles from Sean for longer. So she makes up her mind to tell everything to Sean. In the last episode of season 1, we can see Ashley bringing her entire family to prison to meet Miles. This puts an end to season1.

Jasmine Cephas Jones as Ashley Rose(Miles wife and Sean’s mother), Jaylen Barron as Trish(Miles’s sister, who works as a stripper in a club), Candace Nicholas-Lippman as Janelle(Ashley’s best friend since childhood, who travels around the world), Benjamin Earl Turner as Earl(who lives with Janelle, who is goot at cooking), Atticus Woodward as Sean(Miles’s and Ashley’s son who doesn’t know about hs dad), Helen Hunt as Rainey(Miles’s and Trish’s mother), Rafael Casal as Miles(Ashley’s husband who gets arrested in a drug case), Justin Chu Cary as Rob, April Absynth as Jacque(Trish’s friend from the club), Margo Hall as Nancy(Jenelle’s mother), Leland Orser as Carl(Trish’s and Jacque’s boss at club), Marlon Young as James(Earl’s parole officer), Andrew Chapelle as Scotty, Lil Buck as Buck, Jon Boogz as Boogz, Anthony Ramos as Yorkie, Lance Cameron Holloway as Cuddie(the banker who rejects Trish’s loan application).

MUST READ: OVER CHRISTMAS SEASON 2 RELEASE DATE AND OTHER UPDATES! 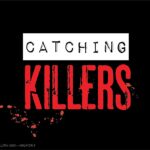 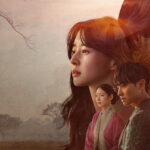