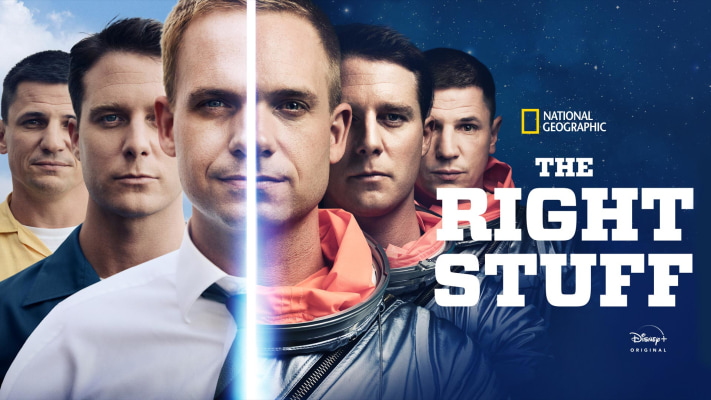 The Right Stuff is a historical drama developed by Mark Lafferty. The series is based on the book The Right Stuff by Tom Wolfe and based on the movie The Right Stuff directed by Philp Kaufman. The series has a total of eight episodes(one season). Will Staples, Leonardo DiCaprio, Jennifer Davisson, Marl Lafferty, Lizzie Mickery, Howard Korder were the executive producers. The production company includes Appian Way Productions, Warner Bros, Television Studios, National Geographic Studios.

Warner Bros, Domestic Television Distribution, Disney Platform Distribution were the distributors. The first episode of the series was aired on Disney+ on October 9, 2020. The series clearly portray the evolution and growth of the United States Space Program. The United States fighter pilots were recruited to experiment with aircraft and rockets. Throughout the series, they show the events that happen during this experiment. The final episode of season 1 was released on November 20, 2020.

The Right Stuff Season 1 got a remarkable appreciation from the audience. The response shows that the audience really enjoyed the series. This series is the fourth highest awarded relocating show announced under the CFC program, it was given $13.7 million to move the productions from Flordia to California. Though the first season has such a massive response the creators didn’t announce anything about season 2. Unfortunately, in 2021 Disney+ announces that they have canceled The Right Stuff, with just one season. This made the audience devastated and sad. The makers are looking for a new platform for the series but as of now, they haven’t got any. Till they find a home for the series let’s wat and hope for the best.

The opening scenes dates on May 5, 1961, showing NASA preparing to send their first American man to space. We can see the two heroes Alan Shepard and John Glenn preparing for the launch. Then the flashback begins. In 195, NASA conducts a program to search for the best test pilots to lead the first space mission. The American Government wanted to step up and leave its mark by sending its first space program mission. 108 candidates participated in the program but only 7 were recruited. It was a life or death situation for the seven of them.

They will either be dead or be marked in American history. They were introduced to the world in the name of ‘Mercury Seven.’ Soon the seven of them become more like celebrities. They received expensive gifts, money, and fame. After all the media stunts, they start preparing for the mission. But unfortunately, the mission fails on the launch date. Again the mission restarts with the same people. And soon there comes a stage when they have to vote to choose the first person to test. The results state that Shepard, Grissom, and Glenn were the “first team” to go to space and they make the official announcement through the press conference. When they conduct health check-ups over them and eliminate people who are misfits. Shepeard hides his misfits but fortunately, the mission turns out to be a successful one.

MUST READ: IS THE 19TH CENTURY DRAMA BELGRAVIA BACK WITH A SEASON 2?