All The Queen’s Men Season 2 is a female-centric drama written and created by actor Christian Keyes. The series is based on the novel ‘Ladies Night’ written by Christian Keyes. The first episode of the series was aired on the BET+ network on September 9, 2021. It has a total of 10 episodes with a running time of one hour each. This series is one of the first shows of Tyler Perry Studios. The story revolves around the life of the lady boss Marilyn ‘Madame’ DeVille.

Madame DeVille s a powerful businesswoman who has everything around her under her control. She owns and runs a male-strip club, which brings a lot of money into the business. Soon she realizes that too much of anything is dangerous, in her case it means, too much money is way too dangerous. Throughout the series, we can see how she handles her business, people as well as her money.

Being a female-centric series, it has a separate fanbase. The series conquered the hearts of many in the first season itself. In the beginning, the series was of 8 episodes with half-an-hour each but seeing the audience response, BET+ increased the number of episodes from eight episodes to ten episodes, and increased the running time from half-an-hour to one-hour each. This clearly shows that the series was a successful one.

Though they didn’t make any announcement, they have left us with hints. Season 2 will have a total of 20 episodes, out of which 10 episodes might get released in the first half of 2022 and the rest might be released later in the year. They have actually planned it well, to release the entire first half of the seasons together rather than one episode a week. Well, All the Queen’s Men fans keep your head cool and get ready for a rollercoaster ride.

All The Queen’s Men Season 1 Recap

All The Queen’s Men is a perfect series that shows women’s power. Gender doesn’t matter when it comes to business, all you should know is how to play the game. The protagonist of the series is Marilyn Deville aka Marilyn ‘Madame’ Deville. She is a powerful, fierce, and strong businesswoman who fairly runs a high-class male strip club named ‘Eden’. She works hard on the business by doing everything to keep it going. As the days pass, the business gets competitive with other businesses in the same industry. Soon she started to receive threats from the competitors, who even tries to kill her. But, as we know our lady boss is fearless and has got brains to deal with them. The first season shows the way she saves her club and her workers from the sharks. Anthony(Black) is a man with a hidden past, who finds it difficult to get a job after coming out of prison. Madame hires him as a bouncer in her club, Eden.

DJ Dime(Maxwell) is an ambitious young lad who admires Madame and considers her as a mentor, she is the full-time DJ of the club. Blue(Racquel Palmer) is the chief security of Madame, who rescues her when things get dirty. Doc(Michael Bolwaire) is one of the male strippers who are friendly with almost everyone in the club. Keith Swift aka Fatal Attractions is the oldest dancer in the club, though he doesn’t look like one. El Fuego(Dion Rome) is another dancer in the club Eden, who is known for his flirting skills, especially with Madame.  Midnight(Jermy Williams) is the confident one among all the strippers, who appears exclusively uring nights, and he is Madame’s favorite. The Concierge(Keyes) is a desperate hitman who is hired by the villains to blackmail Madame.

All The Queen’s Men Season 2 Cast

Skyh Alvester Black as AMP ‘Addition’ Anthony, Eva Marcille as Marilyn “Madame” DeVille, Candace Maxwell as DJ Dime, Michael Bolwire as Doc, and Racquel Palmer as Blue. These are the wonderful characters who didn’t just do their part well but got involved in the character deeply and made everything feel real in each scene. They made All The Queen’s Men Season 1 a successful one.

MUST READ: IS HUMANS BASED ON A TRUE STORY? KNOW HERE! 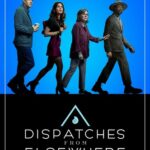 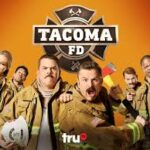