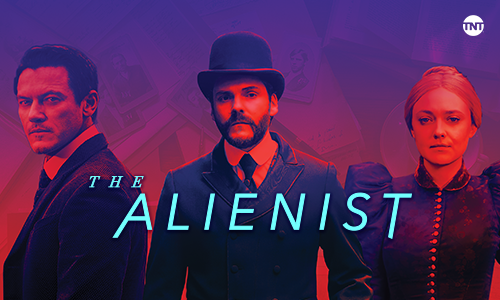 Well, aliens, strange term right. I have always pictured aliens as green-colored creatures with shapeless faces, and big eyes. But do you know about the aliens that exist in our world? Yeah, aliens exist in our world too, but in human form. They are way too intelligent, and different. Like, their brains work faster than any machine. we meant the people like the criminal psychologist in the series The Alienist. The Alienist is an American period drama created and directed by Caleb Carr.

This drama is based on the novel The Alienist written by Caleb Carr, and season 2 of the series is based on the novel The Angel of Darkness written by him. The series has a total of 18 episodes with a running time of 43 to 55 minutes. The story revolves around solving the mystery of a serial killer in New York City during the 19th century. A ritualistic serial killer continues to kill all the boy prostitutes in New York. The police commissioner along with the criminal psychologist, newspaper illustrator, and police department secretary, secretly investigates the case.

The first episode of the crime investigation thriller The Alienist was released on  January 21, 2018, on TNT. Throughout the series, the audience were at the edge of the couch. Season 2 of the series got aired on 9 August 2020. At the end of the second season, we witness the trios going in separate ways after solving the final mystery of the missing baby. Since they have chosen different paths, it should take an extraordinary case to bring them together. Well, we don’t know whether Caleb Carr has any idea in his mind. Season 2 The Alienist: Angel of Darkness gave the audience an exciting and progressive mystery.

We will never get tired of watching crime thrillers and murder mysteries. We always look for more twists and turns in a series than hopeless romance. For a series like The Alienist, we will always wait for more crimes to happen. Though they haven’t made any official announcements, let’s wait and hope for the best.

The intelligent crime psychologist Dr. Kreizler is a man obsessed with crimes and mysteries. He studies the deviant behaviors and mental pathologies of criminals. He is in an urge to figure out the thoughts of a murderer like why a man commits murder. The trios finally solve the crime. In season 2, they deal with the case of a missing baby. Sarah finds that the baby was abducted by her own mother, and hands over the baby to Clara. After solving the crime, they part ways, bringing an end to season 2.

Daniel Brühl as Laszlo Kreizler, an alienist, Luke Evans as John Schuyler Moore, a New York Times cartoonist and illustrator, Brian Geraghty as Theodore Roosevelt (season 1), the newly-appointed commissioner of the NYPD( New York Police Department), Dakota Fanning as Sara Howard, a young society woman who becomes Roosevelt’s secretary and the first woman employed by the NYPD, Robert Ray Wisdom as Cyrus Montrose, Matthew Shear as Lucius Isaacson,  Marcus’ twin brother and another detective sergeant with the NYPD, Q’orianka Kilcher as Mary Palmer, Rosy McEwen as Libby Hatch (season 2), a young nurse at the Lying-In Hospital, Melanie Field as Bitsy Sussman (season 2), Sara’s assistant at the detective agency, Ted Levine as Thomas F. Byrnes, a retired police chief who steers Connor toward protecting the rich and wealthy from being persecuted for their crimes and indiscretions, Martin McCreadie as Doyle, a police sergeant who works with Connor and is promoted to captain following Connor’s departure from the NYPD, Q’orianka Kilcher as Mary Palmer (season 1), Kreizler’s maid.

MUST READ: WILL THERE BE ARRIVAL OF ATTACK ON TITAN SEASON 5 RELEASE DATE SOON?