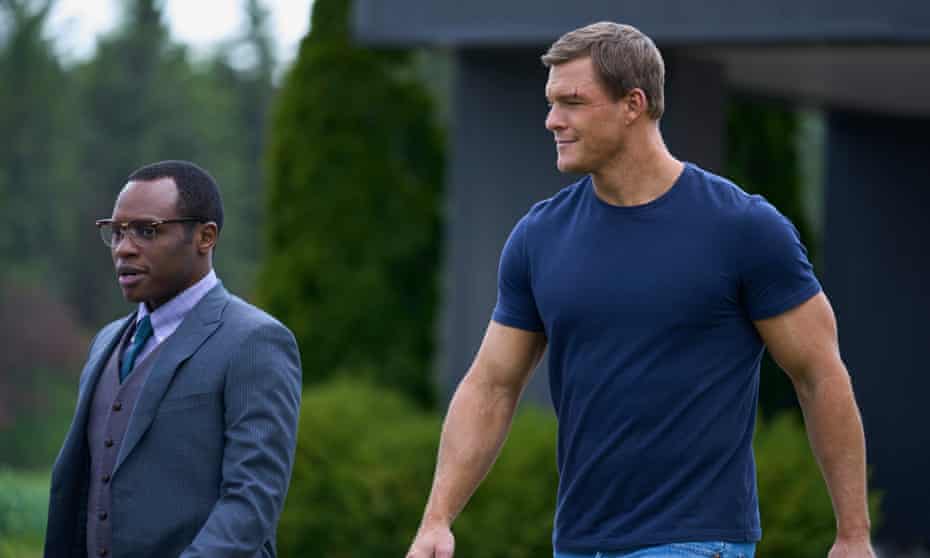 Reacher, which we are going to talk about today is an American crime thriller, action, and a detective fiction streaming television series which is based on the Jack Reacher book series by Lee Child. Released under Skydance Television, Paramount Television Studios, Blackjack Films along with Amazon Studios, the plot revolves around Jack Reacher, a U. S military army policeman who was confronted with a crime he did not do.

The series currently has only one season with a total of 8 episodes which got released on February 4, 2022. The series got a favorable response and ratings from the fans as 8.8 ratings on IMDB and 82 % on Rotten Tomatoes. It is liked by 97 % of people. One website states that it is somehow able to win the hearts of the fans, and made a different place of itself.

Is Reacher A True Story? The answer is a big NO. Reacher is not based on a true story, rather it is based on the novel series written by Lee Child, as it has already been mentioned. He delivered the story and the character of Jack on screen, which he claimed was the great and the biggest challenge. Lee has taken his inspiration from the English rugby legend Lawrence Dallaglio. Inspired by his physique and appearance, he wanted to bring the same in Reacher too and was successful too.

The story starts with the murder of a man in Margrave, Georgia, and Jack Reacher got arrested in this case. Paul Hubble falsely confessed to this murder, and he did this under the pressure of a criminal organization, otherwise, he would have lost his family. After being released from jail, he was threatened by KJ, son of a local businessman, Kliner, and got to know from the police station that one more murder has been done with his elder brother, Joe was the first victim. He decided to unveil the truth behind his murder.

Reacher makes up his team with Finley, a local police team captain, and a female cop Roscoe. He soon got to know that Ed Morrison, Finley’s boss was murdered at his home and Grover Teale, the mayor appoints himself at his position and asks Finley to investigate his case. Roscoe and Reacher went into a bar and he opened up with his past, and they both had to spend the whole night in a single room after the road was washed out.

The investigation starts on and goes on to Kliner, but he said he has nothing with this case. Spivey was found dead in the car trunk. Reacher and Roscoe met with one of the employees of Kliner to find out more about the case. Later that evening, they both had sex. Molly Beth arrived in Atlanta with some files of Joe, but someone kills her and steals the files before Reacher can get them.

Roscoe learned that she has been fired from her job and that Teale has killed her former boss, Gray. Finley also breaks into the house of Kinley, but to his surprise, he was found to be dead.

Alan Ritchson as Jack Reacher. Malcolm Goodwin seen as Oscar Finley is the captain and Chief Detective of the Margrave Police Department. He is a former Boston cop and is struggling with both a recent divorce and his old tobacco habit. Willa Fitzgerald in the character of Roscoe Conklin is the former captain of the MPD before Finley was hired, with both a strong sense of idealism and a gift for investigation. Chris Webster is KJ, who is Kliner’s spoiled son.

Bruce McGill seen as Mayor Grover Teale is the corrupt chief of police and Kliner’s henchman. Maria Sten in the character of Frances Neagley is a former army investigator who worked with Reacher. Willie C. Carpenter is Mosley who is an elderly barber with a secret to hide. Currie Graham is seen as Kliner Sr. who is the owner of Kliner Industries and a powerful figure in Margrave.