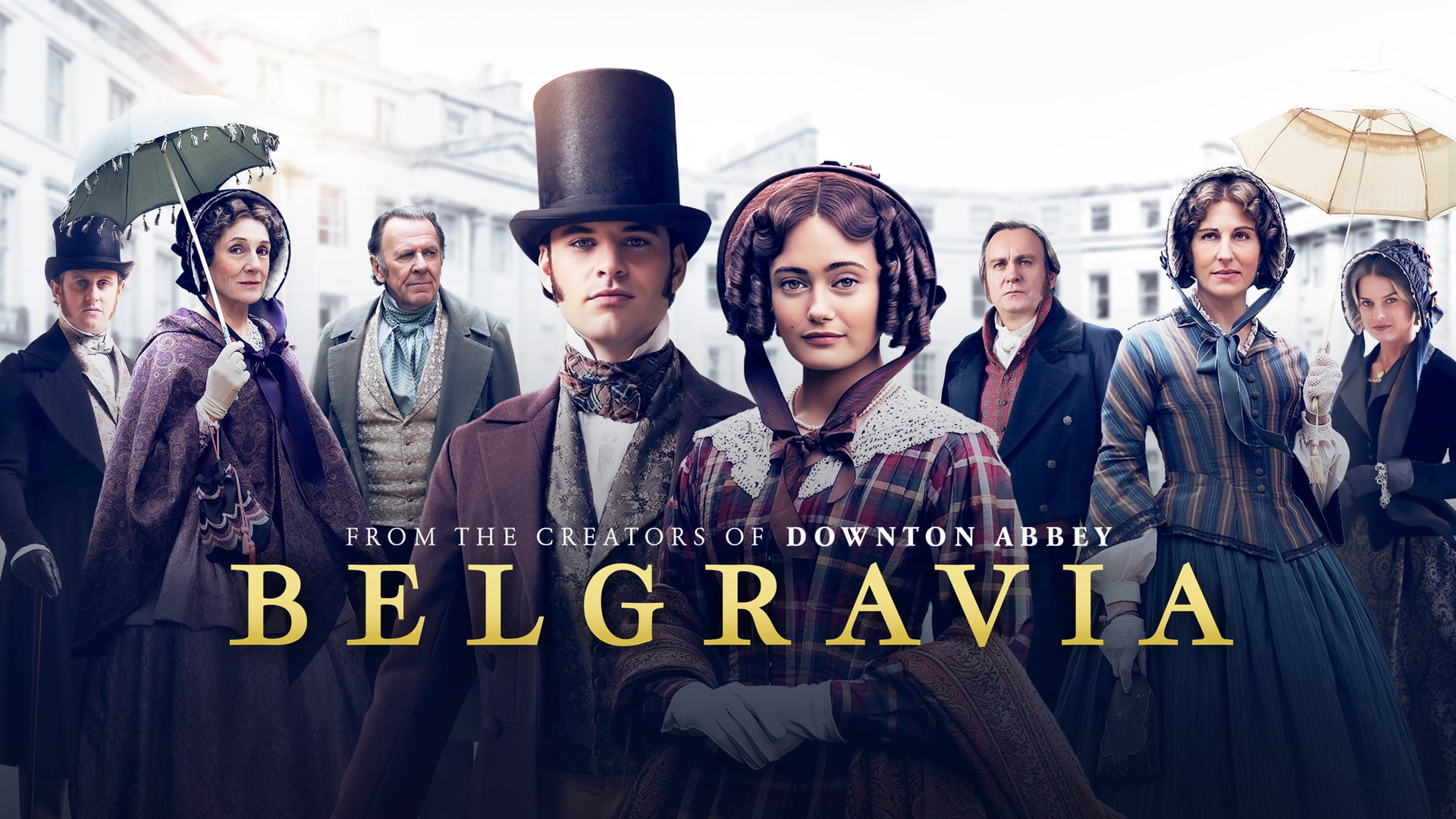 Do you know what Belgravia is or I would say where Belgravia is? I was really not aware of the name ‘Belgravia’ until I came across this series. Belgravia is an affluent district in London, to be more precise, it covers the areas of the City of Westminster and the Royal Borough of Kensington and Chelsea. So now we can guess why this series got this title. The entire drama took place in Belgravia, obviously. Belgravia is a historical period drama based on the novel Belgravia written by Julian Fellowes. This 19th-century drama is directed by John Alexander and produced by Colin Wratten with Carnival Films being the production company.

The series has 6 episodes(Season 1) with a running time of approximately 45 minutes each. The story revolves around the secrets and scandals of the upper-class society of London during the 19th century. The Trenchard family(they recently get ascended to the aristocratic society) gets invited to a ball organized by the Dutchess of Richmond, on the eve of the Battle of Waterloo. The ball leads to unrevealing a lot of secrets, the consequences of which are faced by the future generation. Throughout the series, with the drama set, costumes, and background, we get the aesthetic vibe of living in the 19th century.

The 19th-century drama Belgravia has won the hearts of many with its creative storyline, enchanting sceneries in the series, and dramatic set. The drama really makes us dream of living in the old times at least once in our lifetime. The story, the cast, the drama set. The dialogues, in short everything, is perfect. While watching the series, we will actually feel like walking around the London streets. The first episode of the series was aired on 12 March 2020, on ITV(UK) and Epix(US).

The six-long series engaged the audience with heartwarming drama and romance. The last episode of the series was released on 19 April 2020, leaving the audience in dejection. If you haven’t noticed, it’s been around two years since the release of the last episode. There are still chances for the creators to actually think about or even make new announcements. But unfortunately, they have left us confused. They haven’t said that this would be a limited series of just one season but they haven’t given any hint about season 2 yet. Well, let’s not get our hopes high, but just keep our fingers crossed.

The two important families that the series focus upon are the Trenchards and the Brockenhurst. The story begins with the introduction of James Trenchard, also known as The Magician, who has the power to supply food and necessities during the war to the army. When he gets to know about the friendship between his daughter Sophia, and Lord Bellasis(Brockenhurst), he makes a plan to get his daughter married to him. Unfortunately, Sophia wasn’t aware of her father’s evil plan. Bellasis gets killed on the battlefield. Unexpectedly, Sophia gets pregnant with Bellasis’ son and dies while giving birth to the baby. But fate has its own plans. After 25 years, the Trenchards and the Brockenhurst end up as neighbors in the Belgravia.

Anne Trenchards reveals the secret of their grandson, Charles Pope to Lady Brockenhurst, who believes it with a heavy heart. Later at the after-dinner party, both the families get to know astonishing facts about James Trenchard’s investment in Charles’ cotton yard, which raises suspicions. Meanwhile, Lady Maria Grey and Charles Pope fall in love with each other. The series continues with problems revolving around Charles’ cotton yard and gets even worse when he finds out about his birth parents. But he overcomes all these issues in the final episode and marries Lady Maria Grey. Yeah, it’s a happy ending for them.

MUST READ: Mad For Each Other Season 2 Release Date Arrived Or Cancelled?