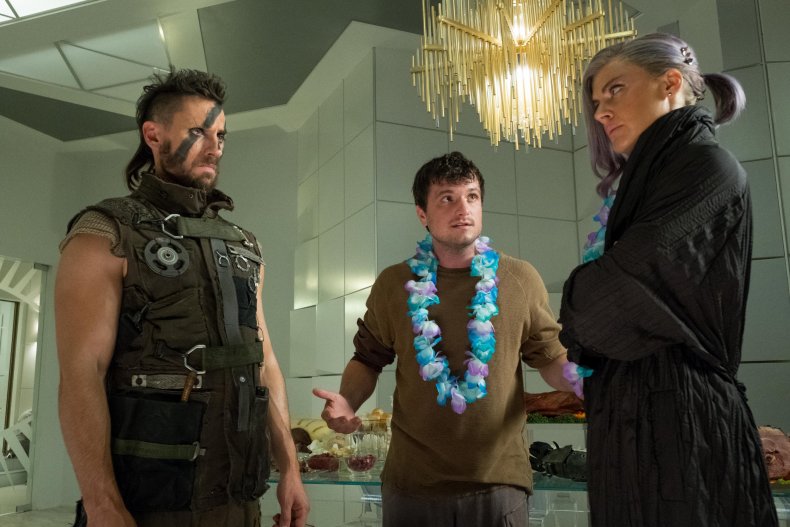 Time – travel series with the comedy genre too is not less than any superhero action drama one. Well, it all depends on the storyline. If it is strong enough to take its place among the audience, then it will just leave any other genre series backward. Ok, let’s not talk much, and know about today’s series: Future Man.

Future Man is an American comedy and science-fiction television series which is loaded with adventure and action. It is created by Howard Overman, Kyle Hunter along Ariel Shaffir. Released under Sony Pictures Television, Point Grey Pictures, Matt Tolmach Productions, and Turkeyfoot Productions, the plot revolves around a janitor who has got the responsibility of saving the world.

Season 1 got released on November 14, 2017, season 2 on January 11, 2019, and season 3 on April 3, 2020, on the Hulu network. Season 1 and 2 each contain a total of 13 episodes while season 3 contains 8 episodes. The series was a bit successful in winning the hearts of the audience in all its three seasons. It got 7.7 ratings on IMDB and 91 % on Rotten Tomatoes. It is also liked by 84 % of people. According to Adam Chitwood, the writers of the series seriously took the concept into their hands and were successful too to bring a masterpiece. Though disappointing and inessential for some, it received quite a mixture of responses.

If we talk about its season 4, then we can tell you that the news might disappoint you, because the series will not come again with its season 4. However, the creators and the stars did not mention exactly what is the reason behind its cancellation, but it showed that the show was no longer a premium source for Hulu, and Hulu has already fulfilled its list with other projects too. The time travel comedy storyline was just like any other series and was not able to capture the attention of the audience.

The plot revolves around Josh Futturman, who is a janitor in the day and a video gamer at the night, who lives with his parents. One night, he was encountered by Wolf and Tiger, mysterious creatures, who had come to him through time traveling to let him take with themselves to save humanity and the world after he beats on the final level of the game ” Biotic Wars “. The trio made their way to the past in 1969, where Josh could see the past of his family. But, their time machine got broken down and they start searching and getting for the fuel, Cameronium. At the same time, they were getting more details from the lab.

In the later parts, we see the series is in 2162 with Stu Camilio in power who wants to shift humanity to Mars. He was also successful in creating the cure, which the trio was unable to stop. Season 2 ends with the trio being arrested and are encountered with their jailer, Susan. While they are trying to fix their mess, at the same time, they are planning to flee.

Well, the series is all ended with just 3 seasons, so let’s not expect anycast in season 4. But, let me just give you a brief of the earlier three seasons cast. Josh Hutcherson was seen as Josh Futturman who is a research facility janitor and the first person to complete the video game Biotic Wars. Eliza Coupe has seen as Tiger who is a soldier from the distant future who travels back in time to recruit Josh into aiding their mission to prevent a deadly war from occurring. Derek Wilson was seen in the character of Wolf, who is a comrade of Tiger’s from the distant future who joins her in attempting to recruit Josh. Ed Begley Jr. as Gabe Futturman is Josh’s father. Glenne Headly seen as Diane Futturman is Josh’s mother.

Just don’t be sad if the series will not come with season 4. You can still enjoy its three seasons again, if you have already watched them, or can start your weekend with this one by watching the trailer first.

MUST-READ: Will Nathan For You Season 5 Release Date Be Here Or Not?