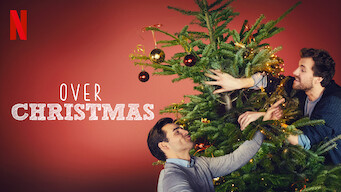 Over Christmas is a German TV miniseries on Netflix. It stars Luke Mockridge, Cristina do Rego and Seyneb Saleh in the lead roles. The pilot season was released on 27th November 2020. There are 3 episodes in the first season and all of them are directed by Tobias Baumann. Dennis Eick, Tobias Baumann, Tanja Bubbel, are the writers and creators of the show.

In German, the show is named Über Weihnachten. Each episode of Over Christmas has a runtime of about 44–50 minutes and the first episode is titled “Home Is Where the Tree Is”. the plot is a romantic comedy-drama set around the time of Christmas. It has a rating of 6.7/10 on IMDb. the production companies in charge of the show are Brainpool and Lucky Pics.

The reviews for Over Christmas Season1 were mostly average. It was not very well received by the fans. As a result, the show was not renewed for Season 2. As of now, there is no news of any further developments regarding the Over Christmas Season 2 Release date. However, anything can happen. If the creators decide to renew the show, then there might be another season coming soon. Anyhow, fans will have to wait for any further announcements.

If there is a season 2 of Over Christmas, the storyline might continue from where it left off at the end of season 1. The climax was satisfying but there are only little possibilities for the story to continue any further. The creators might have to brainstorm a lot if they ever decide to extend the series because of the lack of plot possibilities. All in all, the future of Over Christmas Season 2 is very unclear as of now.

Spread over a count of three episodes, Over Chrismas is a miniseries revolving around a struggling musician named Bastian. He just had an embarrassing audition for a gig and is now on his way home for Christmas to start afresh. He also recently got separated from his girlfriend, Fine. When he reaches home, things get complicated even more for him.

Bastian finds out that his ex-girlfriend is now dating his brother, Niklas, making the situation very awkward between the two brothers. What’s more, during their usual banter about the situation, Bastian and his brother find out a twisting family secret. Over the three concise episodes of season 1 of Over Christmas, all of them try to settle with this new secret. Although Bastian thought that home would mean peace, it only brings complications on his way throughout.

ALSO READ: Is The Great Indian Murder Based On A True Story?