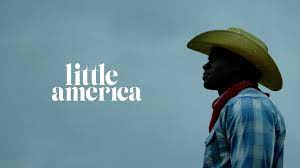 Little America is one of the best anthology television series, one could ever watch, the show was produced by Apple Tv+ and depicts a vivid range of genres and beautifully highlights the different emotional and dramatic aspects of human life. The show has got a 7.4 IMDb rating which is quite appreciable and has received great words from the critics, the show has also gathered a huge fanbase with only 1 season and the fans are all anticipating the second season to arrive for the show. The good news here is that the time has come for the making of season 2 to begin as was mentioned by the makers of the show.

Thus, we will have to wait a little more for the announcement of the release date and the drop of the trailer for the show. The show is all about the life of immigrants, human nature, and the struggles an immigrant faces while living on American soil. The show is actually based on the true stories of immigrants that are bunched and published beautifully in the epic magazine and the show is also one of their initiatives only.

The first season of the show premiered on the 17th of January 2020 and with a total of 8 episodes and 8 different stories, the show was a huge hit. The second season also got a green light from the producers and the makers of the show even before the premiere of the first season. The show took more than 1 year to finish the making and production procedure and thus if it goes the same for season 2, we are looking at early 2023 for the release of the new season. The new season is also expected to have a total of 8-10 episodes just like the first season and with each episode having a runtime of nearly 30 minutes each. The trailer for the show and its official announcement can be expected by November or December 2022 according to our sources, till then we just have to wait for more updates and keep binging on the previous episodes.

The first season of the show comprised of a total of 8 episodes which beautifully depicted 8 real-life immigrant stories, the first episode titled as the manager beautifully depicts the story of Kabir, a spelling bee expert, whose parents run a motel and suddenly out of nowhere they are deported and Kabir is left all alone in charge of himself and the motel, he is emotionally broken and confused but soon handles himself, he manages to somehow use his spelling capabilities to rise to a national level and meet Laura bush with his plea regarding his money but he sees no hope there, soon after a time skip we see a sudden return of his parents and a happy ending for them surely. the second episode depicts the beautiful story is about a small girl Marisol and the sacrifice her brother made so that she could continue to study in the tough environment of living as an immigrant, another beautifully scripted real-life story.

The fourth episode beautifully depicts the story of an immigrant who feels all alone after coming to America and how she isn’t comfortable around people and how she manages around. One of the best episodes from the series is the fifth episode which tells the story of an immigrant named Beatrice and how she makes herself successful by selling cooking after wasting her chance of a great education and whatever good she could have done, the struggles she failed and the dedication because she had nothing hold her back into the dungeon, she fell in. the series continues with more such beautiful stories and is worth a watch

The second season of the show is predicted to have a total of 8 episodes and will again pick up some of the stories from the epic magazine and beautifully present them to us. We do not have any more updates and thus we will just have to wait for the new season to release to know more about the series.

ALSO READ: The Wait For Capitani Season 2 Release Date Is Almost Over! 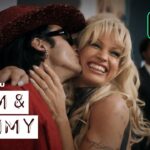 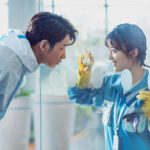