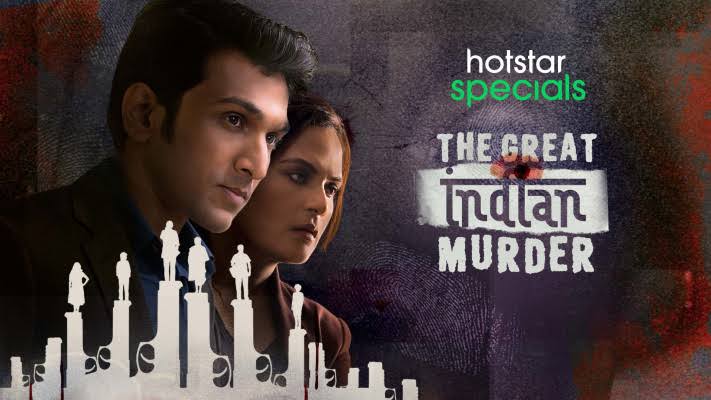 Indian thriller series is becoming popular each passing day. One more addition to the list is The Great Indian Murder. Directed by one of the well-known directors, Tigmanshu Dhulia, The Great Indian Murder is an Indian crime drama web series. In the lead roles Pratik Gandhi, Richa Chadha, Sharib Hashmi, Raghuvir Yadav, Ashutosh Rana, Shashank Arora, and Paoli Dam are playing the roles. The screenplay of the episodes is written by Tigmanshu Dhulia, Puneet Sharma, and Vijay Maurya. Prathamesh Chande and Unnikrishnan Payoor are the chief editors.

The Great Indian Murder is going to premiere on Disney+ Hotstar on 4th February 2022. Priti Sinha and Ajay Devgn are the producers of the show. The first season is going to be released in many Indian regional languages like Hindi, Bengali, Tamil, Telugu, Marathi, Kannada, and Malayalam. ADF & RLE Media is the head production company. The web series is based on a book called “Six Suspects” by Vikas Swarup. The first season of The Great Indian Murder has 9 episodes. On 18th January 2022, the official trailer of the series was released.

Is The Great Indian Murder Based On A True Story?

To simply put it, no, the plot of the series The Great Indian Murder is not based on a true story. The characters are fictional as well as the plot. But there is more to it than one can expect. Firstly, it is based on a 2016 novel of Indian origin, Six Suspects which is written by Vikas Swarup. He is also the renowned author of the book Q&A, on which Academy Award-winning movie Slumdog Millionaire is based.

Another notable fact about the web series The Great Indian Murder is that one of the characters, Vicky Rai is based on Manu Sharma who was the murderer of Jessica Lal. However, the story has little or no connection with the original case of the murder of Jessica Lal. The plot is completely independent and fictional as per sources. Even so, one can only be certain as soon as all the episodes are released and the reviews come in. That being said, the plot does seem promising with notable actors in the cast list.

The plot of The Great Indian Murder season 1 revolves around the murder of Vicky Rai and its investigation. Son of Chhattisgarh’s Home Minister, Vicky Rai is a 32-year-old spoilt playboy of political background. He is also the owner of the Rai Group of Industries. The opening of the story starts with Vicky throwing a celebration party for his acquittal in a case of assault and murder of two girls. Things really get ugly when he is openly shot and murdered at the party thrown by him.

After these events take place, the Central Bureau of Investigation orders an inspection for the murder. The case opens up with DCP officers Suraj Yadav and Sudha Bhardwaj being in charge of the whole investigation. After examination of all the proofs and evidence, they settle with six suspects surrounding the homicide. Meanwhile, the political career of Vicky’s father struggles as we try to win the elections. He uses foul means to make his way through his career even after his son’s tragic death.

ALSO READ: Top 10 Movies Like Pushpa That Are Really Interesting!