The lovers of Titans would eagerly be waiting for the next episode of the latest season which has been released? For those who are not aware what Titans is a an American fiction series which is basically an American Superhero series which is being aired currently.The creators of the show are Greg Berlanti,Geoff johns and Akiva Goldsmen respectively. The series Titans which basically falls in the genre of Teen fiction and also it is a love action series. The idea of the show first came into existence in the year 2014 around the month of September. It was an original intended TNT work. When the idea of the show came into existence then the writers Marc Haimes and Goldsman wrote a pilot which was then ordered in the month of December in the year 2014. The the show was finally departed as a whole project in the year 2016 before the time its filming took place. In the year around 2017 in the month of April, an announcement was made about the show that the show is under redevelopment by John’s, Berlanti and Goldsman. The show went into redevelopment for the DC Universe, which was indeed its first originally scripted program.

The story and plot of the shoe is based on the Teen Titans who have a franchise that has been following heroes basically young heroes from all across the DC Universe  and along with these they arrive at the age and eventually finds out where they belong to. Rachel Roth and Dick Grayson are portrayed as a character  of a girl with special powers who is indeed possessed by a really strange darkness and as the story moves ahead they get involved in a conspiracy that has a possibility of bringing Hell on earth. And then Beast Boy and Starfire join in and eventually become a surrogate family and indeed a hero team that fights evil.

As soon as the trailer of the Titans went aboard it instantly made the fans curious about the show and they were indeed excited about the same.

The shoot took place in Toronto and Hamilton, Ontario and the shooting of the show finished with its filming in the year 2018, on June 28.

And then thereafter the shooting of the other season began as it was highly demanded of the after the first season of the show released the fan base of the series grew into an actual mass.

The shooting of the second season began in the year 2019 in the month of April. And then it was finally ended on October 8, 2019.

With the outbreak.of the Corona virus the filming of the show was paused  die to the health concerns of course which had to be taken. After a long haul due to the Corona virus pandemic, finally the shooting was resumed of the season 3 on 13th of October in the year 2020 and it was finally done by 15th of June, 2021. For sure now the wait was worth as of the new season is in its full sway to impress its fan. Therefore , if you haven’t watched Titans yet, we highly recommend you to binge watch it.Titans is definitely a series which is worth watching, as of for the fans of sci-fi fiction it is something that will keep you hooked from the start to end. Although according to some people it’s been a disappointing series.And some of the scenes could have been redeemed and have done better in the case.

MUST READ IS BANSHEE SEASON 5 RELEASE DATE FINALLY ON THE FLOORS? 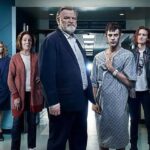 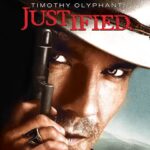