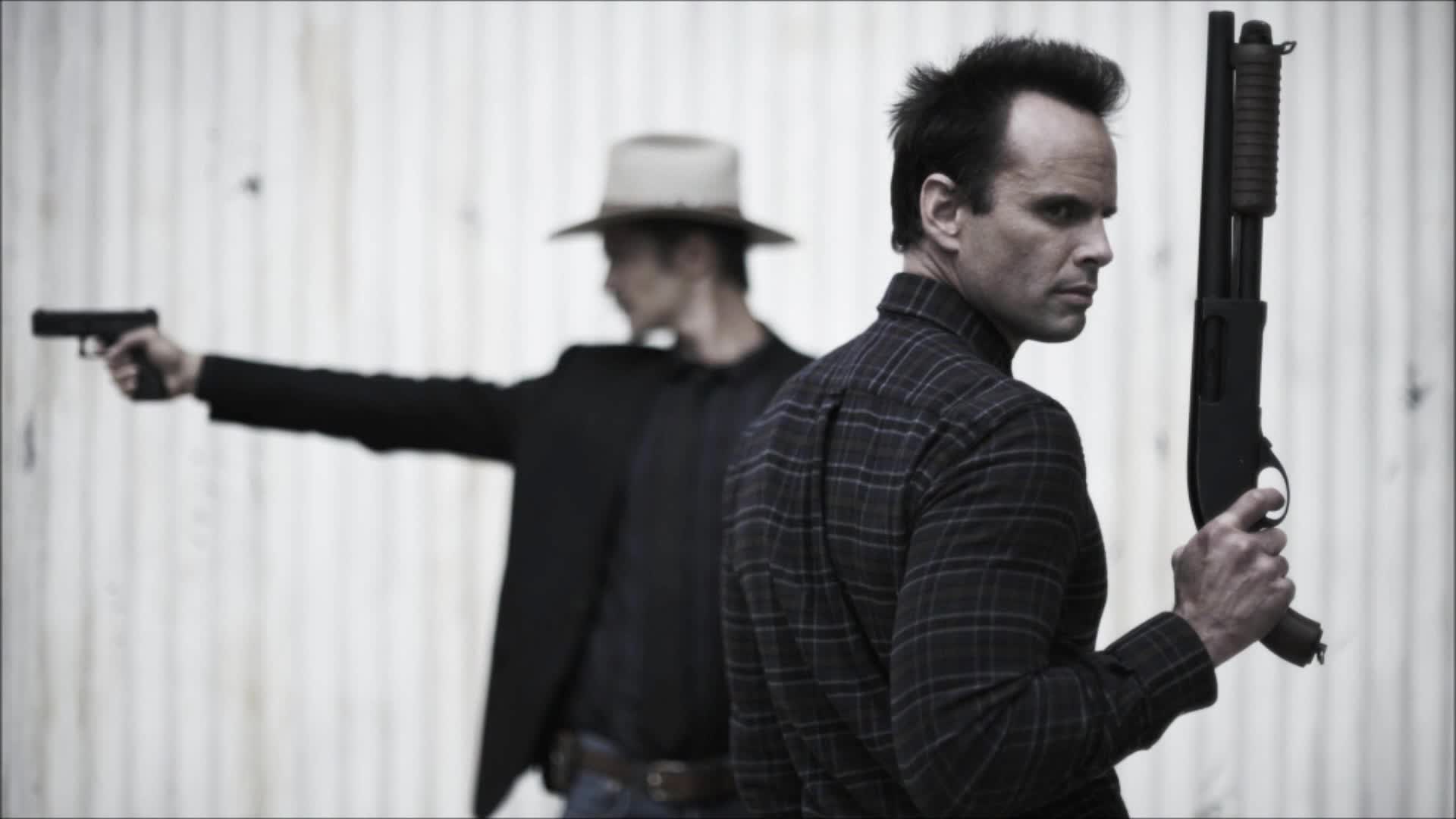 A handsome police officer wearing a cowboy hat on duty, a western American setup, and a lot of crime-solving can be your one-stop solution to boredom. Presenting Justified, an American crime drama TV series starring the all-time favorite actors, Timothy Olyphant and Walton Goggins. Created by Graham Yost, Justified is based on a character called Raylan Givens from the short story “Fire In The Hole” by Elmore Leonard. Based on this TV series, Elmore also published a novel called “Raylan” in 2012. The show Justified has a rating of 8.6/10 on IMDb and a 97% approval rating on Rotten Tomatoes.

The first episode of Justified aired on the FX Network on 16th March 2010. It has a total of 6 seasons with its final episode concluding on 14th April 2015. There are a total of 78 episodes combining all the seasons, each of which is 37-53 minutes long. The show is set in Harlan County, which lies in the Appalachian mountains area of eastern Kentucky. Many of the main characters of Justified are shown to grow up in this part of the setting. The show has been nominated for some big awards like Primetime Emmy Awards.

After six successful seasons of the show, Justified was canceled and was not renewed for another season. The story was put to a conclusion and the sixth and final season of Justified came to an end on 14th April 2015. However, the fans are still hooked for more. It seems like they cannot get enough of the flawless acting, drama, and western American theme of the show. Six years later after the show’s conclusion, in March 2021, it was announced that some development was on the way for a limited spinoff crime drama series. In January 2022, FX announced that the original crew members have returned for the development of Justified: City Primeval.

Michael Dinner and Dave Andron will be the showrunners with Timothy Olyphant back in the gears of Raylan Givens. The plot of this series will be based on yet another novel by Elmore Leonard called “Primeval: High Noon in Detroit”. The release date and schedule for this spin-off series are yet to be announced by FX. Predictions are that it will be no sooner than 2023. The timeline of Justified: City Primeval is set eight years after the end of season six. Fans will see Raylan traveling to Detroit after he comes face to face with a violent sociopath, Clement Mansell.

There will be no story of Justified season 7 because the show has been canceled by the makers and unfortunately, will never return with the next or brand-new season.

Like any other typical crime drama, Justified is also based on a police officer trying to solve sordid crimes. Raylan Givens, an Old-West-styled lawman is known for his unorthodox ways of solving crimes. He is what one calls a problem child of the family of police officers. He is transferred to Eastern Kentucky’s Eastern District when he shoots a mob Hitman called Tommy Bucks in Miami. However, he finds himself back in Harlan County, where he was born and brought up. Moreover, the Marshal’s office is set in Lexington, Kentucky and all of the seasons revolve in and around the area.

In the very first season, the plot follows Raylan entangled with the crimes committed by the Crowder Family. He tries to protect Ava Crowder when she shoots her abusive husband while discovering many family secrets of the Crowders. The second season surrounds the crimes and drug dealings of the Bennett clan. In the third season, the plot is set in Detroit where a new villain called Robert Quarles emerges. The fourth season deals with some unsolved crimes of the past whereas the fifth season shows the criminal dealings of the Crowe family. The final season revolves around Raylan and Boyd’s rivalry.

Don’t know anything regarding the cast yet because the show is canceled so we cannot assume the cast or new characters of the series.

Where To Watch Justified Season 7 Online?

So, season 7 is not going to be announced so clearly it will also not be available on any OTT platform, but you can watch the previous seasons here on Amazon Prime Video.

READ MORE: Shards Of Her Season 2 Release Date: Will It Be Captivating?