The American version of the show is not a unique idea, this show is part of an international format referred to as “Dragon’s Den”. This format was first originated in Japan in 2001, where it is known as the “Tiger of Money”. This format of reality Tv was created and owned by Nippon TV and Sony Pictures Television are the distributors. There has been more than one version of the show, it is nearly produced in over 30 countries. Including one for the Arab world and one for India too. The most popular name for the show is Dragons’ Den, which after Japan, was made in the United Kingdom in 2005. Other names have included Shark Tank (which originated in the US and later adapted to the Indian version) and Lions’ Den.

Shark Tank India is a television platform for new businesses that need investors. It’s a business reality television show, that airs on SET India. Entrepreneurs are shown presenting their ideas to a panel of 5 investors or termed as “Sharks”, who make investments decisions.

The self-made multimillionaires evaluate each business concept and product pitch and then decide if they should invest their own resources as mentors and marketers.

As of now, this reality television show got only one season with 35 episodes in it.

Shark Tank India may have a second season. When the series was announced, Sony announced that it would have 30 episodes, but later the episode count extended to the limit of 40 episodes based on the reception of the series’ first season.

As we have mentioned, there is no official announcement on the season 2 renewal, we are not quite sure on the release date. But we can guess the expected release date, it may happen by the end of 2022. There is no chance that the series could come earlier, may get delayed to early 2023.

So, that’s all information we’ve got on season 2 yet, but if we receive any further updates on the show’s future, we’ll make sure to update the page with the latest information.

There are a total of 7 Judges in Shark Tank India, who are referred to as Sharks in this show. Here are some brief details on the Judges.

Ashneer is one of the show’s most popular personalities. He is also the investor of Companies like OTO Capital, The Whole Truth, Front Row, etc. He founded and runs a company named BharatPe, It’s a payment application like Paytm.

On the show, he has invested in companies like Booz Scooters, Motion Breeze, Find Your Kick, etc. His current net worth is $95 Million.

He is the co-founder and CMO of “bOAT” which is India’s largest Earbuds, Headphones, and Wireless making company.

On the show, he invested in companies like Bummer, Revamp, Skippi Pops, and Altor and Hammers. His Networth is $93.5 Million.

He is considered one of the most famous angel investors in India. He is the founder of People’s Group Shaadi.com, Makkan.com, and People Pictures. In Shark Tank India, he has invested in startups like Find Your Kicks, Hair Original, Skippi Pops, and more. His net worth is around $ 25 Million.

He is regarded as one of the most famous entrepreneurs in the country. He is the founder of Lenskart.com. Also the early investor in the companies like Tinkerbell Labs, Smiles.ai, inFeedo, etc. He has invested in the companies like LOKA, Sunfox Technologies, Vivalyf Innovations, and some others. His net worth is $82 Million.

She is the founder and the CEO of a global pharma company named Emcure Pharma, and this company’s turnover is around $870.25 Million. On the show, she has invested in Bummer, Skippi Pops, Farda, and Altor.

She is the founder and Chief Mama of Mamaearth, she is the newest member on the show as a Judge. She invested in companies like The Sass Bar, Sunfox Technologies, Safe Solutions, etc. Her current net worth is estimated as $23 Million.

Vineeta Singh is the CEO and also co-founder of Suger Cosmetics. She has invested in companies like Booz Scooters, Heart up my Sleeves, Safe Solutions, etc on the show. Her net worth is around $12 Million. 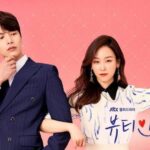 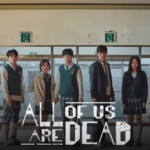