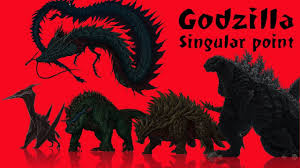 New day. New Japanese anime. Godzilla Singular point is another addition to the ever-increasing list of anime and we are surely not complaining. The Atsushi Takahashi-directed TV series is a Netflix Original. It has been co-produced by Bones and Orange. Both of which are animation studios. The first season of the series premiered separately on TV and OTT. It premiered on 25 March 2021 on Netflix. For TV, it was released on 1st April on Tokyo MX. The series is a science fiction show. Keep reading us at Live Akhbar for the latest updates on the series and more!

Godzilla had a finale full of thrill and suspense. It wouldn’t be an exaggeration to say that season 1 left fans on a cliff-hanger. As to what to expect from season 2. So when will season 2 be released? What will be the storyline of the new season? What else to expect for season 2? To answer all your questions on this subject, here we are with a synopsis of everything you need to know about Godzilla Singular Point Season 2.

The makers of Godzilla have not yet made an official announcement regarding season 2. Speculation is high amongst fans but a final release date will only be known once there is a green signal from the makers. Till then fans can stay satisfied with speculations and guesses. Season 1 of the series was met with mixed reviews. Despite that, the series has managed to make a special place in the heart of its diligent fans.

The series is binge-worthy and for fans of the genre, it has everything one could ask for. Stay tuned with us if you wish to be updated when Godzilla Singular Point Season 2 releases.

MUST-READ: Is Promised Land Based On True Events?

Most of the goals of our heroes were attained by the end of season 1. However, certain angles were left unsolved. Fans can hope that they will get the answers to all those unanswered questions in season 2.

The premise of Godzilla: Singular Point Season 1 was set in the 2030s, Nigashio City. The story revolves around two unrelated individuals. One is an engineer named Yun Arikawa. The other is a student named Mei Kamino. Arikawa owns a local shop while he carries on his investigation of an abandoned house. Kamino, on the other hand, studies imaginary creatures. New problems await the two as they join hands for a fight against powers that are a threat to life on earth. Season 1 had a total of 13 episodes.

ALSO READ: Ten Movies Like The Royal Treatment You Can Watch! 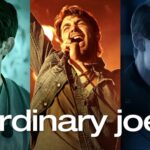 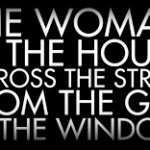