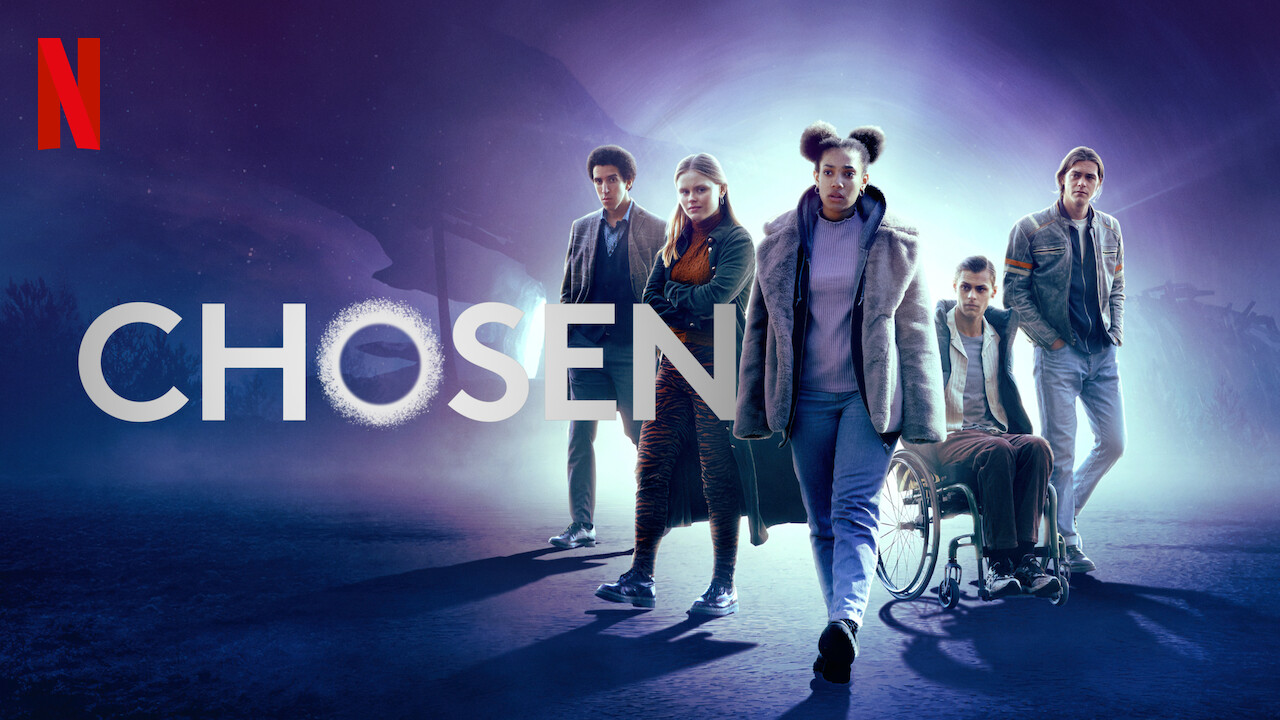 We all get fascinated and attracted towards the stars, planet, and the big beauty: our universe. Series and movies based on these have their own charm, and if some mystery is added to it, then the enjoyment gets double. The series which I am going to share with you all is an interesting one, which is also a science-fiction-based series.

Created by Jannik Tai Mosholt and Christian Potalivo, Chosen is a coming – of – age science – fiction, suspenseful and mysterious Danish series, which revolves around a 17 – year old girl whose life turns upside down, when she along with her friends find that something is strange in their town. The series got directed by Kaspar Munk and released under the Danish production company of Tall & Small’s.

Season 1 of a total of six episodes series of 40 minutes each has released on January 27, 2022, on Netflix. After knowing the plot, I guess the audience might have liked it, and it gained a good response. If you have not watched the series till now, then you should definitely give it a go, and you will then be amazed by the suspense and the creations of the series. But, overall, season 1 is a very mixed bag. The first two episodes are quite impressive, but then the plot seems to be confusing, and till now anyone gets back on track, the series gets over.

Furthermore, if we talk about season 2, then I must say there will be the next season of it, as the ending of season 1 will not be able to solve your ever-growing questions and doubts. The end is so confusing and you will in some time see the news of season 2. Just wait for that moment so, and I hope it would not be so messy.

Fully based on the outskirts of Middelbo, a small town of Denmark, a girl Emma has suspicions about her town. She is a 17 – year – old girl who works at the museum, built at the crashing site. It was said that a strong meteor has once arrived in their town around 17 years ago and destroyed everything. But, she thinks was the meteor really a powerful one or there is something else? She although, started her investigation with her friends and was dumb – stuck when she accidentally discovers that the whole story of the meteor is a lie, and there is something else which is dangerous and out of her imagination, which she has never done, though. After her realization, she thought she is on her own and that her friends and society will not stand by her side when she needs them the most.

Even the cast of the show is interesting. Let us know the cast. Malaika Berenth Mosendane as Emma, Nikolaj Kopernikus as Adrian, Andrea Heick Gadeberg in the character of Marie, Andreas Dittmer seen as Frederick, Albert Rudbeck Lindhardt seen as Mads and Mohamed Djeziri as Elvis. Magnus Juhl Andersen in the character of Jonas, Anders Heinrichsen seen h the character of Lukas, Ken Vedsegaard in the character of Thomas, Line Kruse as Lykke, Henrik Prip seen as Hans and Marie Louise Wille as Susan.

The trailer of the series starts with a dialogue about our universe and the planet. The dark secrets of the town and the meteor will shake and dumb – stuck everyone. The fascination and the beauty with a dark creepy truth is waiting behind for you all. Watch the interesting trailer now, and the series.

MUST-READ:10 Movies Like The Royal Treatment That Are Worth Watching!