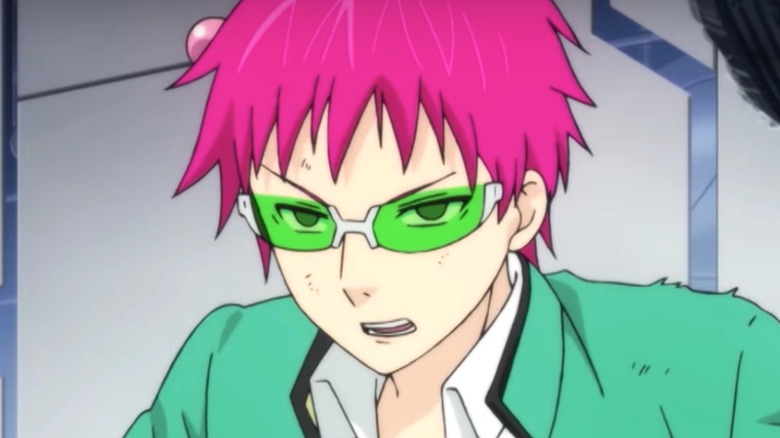 The Disastrous Life of Saiki K is one of those comedy anime series that will leave you wanting more. The series is directed by Hiroaki Sakurai and ran from 4th July 2016 to 25th December 2016. The show revolves around a schoolboy named Kusuo Saiki who has supernatural powers like teleportation and psychokinesis. He tries to hide his powers as much as he can but always ends up in situations where his secret is threatened. All the episodes of The Disastrous Life of Saiki K are available on Netflix. If you have watched and love this show, then here are 12 anime similar to Saiki K that you should definitely watch!

Gin Tama or Silver Soul in English, is a Japanese anime TV series adapted from the manga of the same name. All the 201 episodes are directed by Shinji Takamatsu and Yōichi Fujita. Gin Tama ran on TV Tokyo from 4th April 2006 to 25th March 2010. The story revolves around samurai Gintoki Sakata, who lives with his friends Kagura and Shinpachi Shimura and works as a freelancer to pay the monthly rent. The episodes follow the day-to-day lives of these characters and show how they solve their daily life problems.

One Piece anime follows the voyage of a boy called Monkey D. Luffy. He has gained exceptional powers after eating a Devil Fruit. His body has become rubber-like and with his pirate friends, the Straw Hat Pirates, he is looking for the ultimate treasure of the “Öne Piece” in order to become the ruler of the Pirates. The anime TV series, One Piece first premiered in 1999 and is still active and has 1007 episodes so far. All episodes are collected in 15 seasons of One Piece.

Another Japanese anime TV series of the dark fantasy genre, Attack on Titan is adapted from the manga series of the same name.it has a total of 4 seasons directed by Tetsurō Araki, Yuichiro Hayashi, Masashi, and Jun Shishido. The plot follows the story of Eren Jaeger, Mikasa Ackerman, and Armin Arlert set in a post-apocalyptic world. All the existing humans live behind a secure wall beyond which the dangerous titans have seized the world. The series is widely popular among anime lovers and has been streamed on various OTT platforms.

Haven’t You Heard? I’m Sakamoto is yet another Japanese anime TV series produced by Studio Deen. it aired from 8th April 2016 to 5th July 2016 and follows a very cool and popular high school student called Sakamoto. He is a genius boy and is liked by all his classmates and teachers alike. Even though he ends up in some strange situations and pranks, he somehow manages to come out of them in a very cool way. That makes him even cooler and more popular among his folks.

Based on the manga comics of the same title, Fullmetal Alchemist: Brotherhood is an anime TV series of Japanese origins. The series is produced by Bones, written by Hiroshi Ōnogi, and directed by Yasuhiro Irie. Fullmetal Alchemist: Brotherhood follows the full plotline of the original manga volumes. It has a total of 64 episodes and follows two brothers. They are looking for the Philosopher’s Stone in order to revive their mother. However, things do not go as planned and they face life and death situations during their quest.

Produced by Sunrise, Code Geass is a Japanese anime TV series having the elements of the fantasy genre. The episodes are written by Ichirō Ōkouchi and directed by Gorō Taniguchi. The show ran on MBS Channel for almost a year from October 2006 to July 2007. It also has a manga series of the same name which consists of many volumes, all of which revolve around the character of the exiled prince Lelouch vi Britannia. When he meets a mysterious woman called C.C., he gains special powers called the “power of absolute obedience.” with these powers, he leads a series of battles and rebellions.

MUST-READ: 10 Shows Like Dota: Dragon’s Blood Which You Should Definitely Watch!

Handa-kun is a spin-off series of another anime called Barakmon. Directed by Yoshitaka Koyama, Handa-kun revolves around a young calligrapher named Seishu Handa. After he punches a curator because he called his calligraphy skills bland, his father “banishes” him to a town in the Goto Islands. He is quite popular among his classmates and townspeople but is unaware of all of it. The series contains 12 episodes and is written by Mariko Kunisawa, Michiko Yokoten and Miharu Hirami. Handa-kun aired from 8th July 2016 to 23rd September 2016. The manga series of the same has 7 volumes in total.

Written by Tomohiro Suzuki, One-Punch Man is a superhero anime that tells the tale of Saitama. He is a 25-year-old bald man who fights effortlessly with his ever-so-strong fist. He is simply the most powerful character in the whole series. As the name of the show suggests, he defeats his enemies with just a punch. His strength increases every day so much so that he is bored of fighting with just a punch. He is a part of the Hero Association and defends his home, Z-city from villains, monsters, and other potential threats. There are two seasons directed by Shingo Natsume and Chikara Sakurai respectively.

Tanaka-kun Is Always Listless is a Japanese comedy anime TV series adapted from the manga comics of the same title. The episodes are directed by Shin’ya Kawatsura and written by Akemi Omode. The anime is produced by Silver Link Studios and ran from 9th April 2016 to 25th June 2016. There are 12 episodes and the story follows the life of Tanaka. He is a listless student who always dozes off anywhere and everywhere. He is lazy and always tired. Ohta, his reliable friend and classmate is the one who carries him everywhere.

NEXT-READ: 12 Shows Like Shark Tank India That One Must Watch!

The anime TV show, Sayonara, Zetsubou-Sensei is based on a manga series of the same name. The comics have 30 volume collections illustrated and written by Kōji Kumeta. From 2007 to 2010, these volumes have been adapted into two movies or OVAs (original video animations) and three TV series. The TV series is written by Kenichi Kanemaki and directed by Akiyuki Shinbo. The story follows Nozomu Itoshiki who is a teacher in a local school. He is one of those persons who takes all aspects of life as negatively as possible. Surrounded by politics, Japanese culture, and satires, Sayonara Zetsubou-Sensei will make you feel a lot of emotions at the same time.

11. Arakawa Under the Bridge

Another manga adapted into an anime TV series, Arakawa Under the Bridge premiered on TV Tokyo in 2010 from April to June. it was then renewed for another season which ran from October to December in 2010. The second season was titled Arakawa Under the Bridge x Bridge. The screenplay for the anime is written by Deko Akao whereas Akiyuki Shinbo and Yukihiro Miyamoto directed the episodes. The story is set in Arakawa, Tokyo, and follows the life of Kou Ichinomiya who follows what his dad had taught him and does not like to be indebted to anyone. However one day, he falls in the Arakawa River and almost drowns but is saved by a girl named Nino. Kou feels indebted to Nino for his life and finds ways to repay her.

Love, Chunibyo & Other Delusions! is yet another romantic comedy anime series directed by Tatsuya Ishihara. It is adapted from a Japanese light novel of the same title and ran from October to December in 2012. As the name suggests, the show follows a bunch of high school students who exhibit delusional behaviors. The male protagonist is Yūta Togashi, suffering from grandiose delusions. He falls in love with a girl named  Rikka Takanashi who shows signs of chūnibyō syndrome. Both of them then forms a club with their friends called Far East Magical Napping Society Summer Thereof. 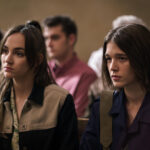 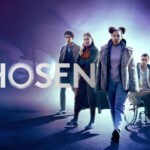