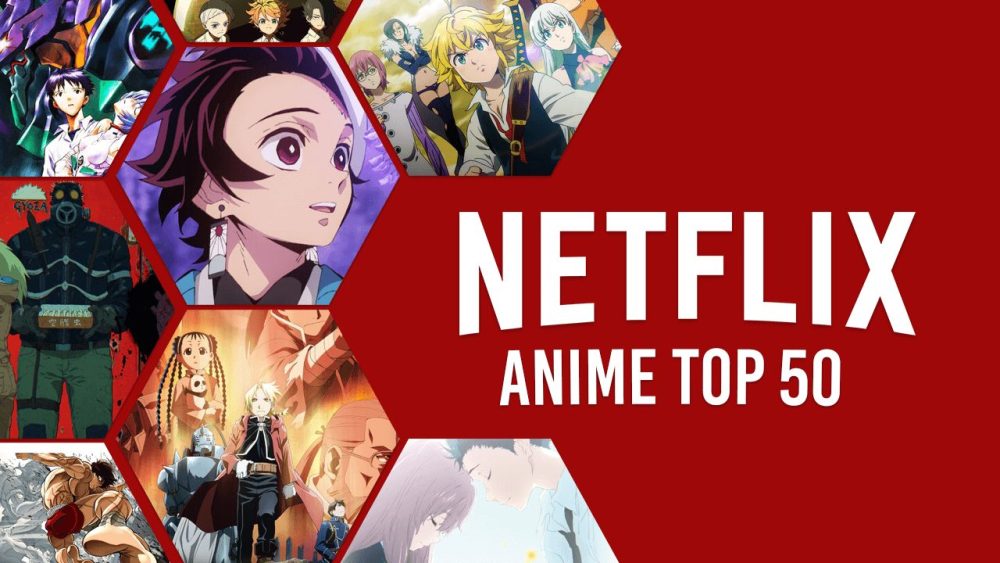 Get ready and tighten your seat belts or just hold tight your chair or whatever which you are sitting or lying on because this will be going crazy and which will delve you into craziness too. Adventure and epic drama fantasies are everyone’s favorite, I guess. This will be all crazy when you will get all this in anime series. So yes, get ready, because I am going to tell you about a total of ten series of the same genre, which is just like Dota: Dragon’s Blood. Dota in itself is one of the best anime and one of my favorite anime too. Starting as a MOBA video game, Dota has gained positive reviews in its anime version too.

If we talk about the plot of the series, then it all surrounds the battle and deadly war among the gods, dragons, and demons. Davion is the Dragon Knight who saves all the dragons from the attacks of the demon Terrorblade. Davion seeks help from the princess Mirana in this mission, whose husband or you can say the ex-lover, Fymryn is with Terrorblade and is seeking revenge from Mirana as he blames her for the death of their daughter.

Directed by Tatsuya Yoshihara and Ayataka Tanemura, Black Clover is a Japanese anime series, which is written and illustrated by Yūki Nabara. Revolving around magic ( mana ), magical powers, and special abilities, the series focuses on Asta, a young orphan boy born with no magical powers and ability, while Yuno, his companion was born with magic and magical powers. They both join a Magic Knight Squad to fulfill their dream to be the next Wizard King. However, Asta focuses on his physical strength and Yuno focuses on his magical strength. This anime series will give you all you want. You should definitely give it a watch.

Fairy Tale, which is written by Masashi Sogo and directed by Shinji Ishihira is a Japanese anime series. It is based on a manga series and many video games have also been published under its name. The series revolves around the adventure and dusky war of Natsu Dragneel. He is a Dragon Slayer Wizard from the Fairy Tale guild, and in search of his missing adoptive father. He befriends many other Ayers, exploring the world and the places with them. He went around new places with many others on his guild mission. Well, it will be quite an adventurous series, I will highly recommend this to you. You can watch the trailer meanwhile.

It finally came! Avatar has its name and charm among every little kid, and why not? Avatar is an American television series created by Michael Dante DiMartino and Bryan Konietzko. By its name, anyone can guess what the plot might be. It surrounds Aang, an Avatar, who has run from his house. On a journey to learn all the four key elements, he is settled down in the hearts of the people. You will see a different story every time in every season. He is on a mission to win the Fire Nation, along with the difficulties and problems they face. It will be a good start of your weekend, so you should definitely watch this series. You can start by watching the trailer first.

Formerly known as Gods & Heroes, the series focuses on gods, giants, automata, and mythical creatures from history, yet unknown but are very precious. It is created and written by Charley and Vlas Parlapanides for Netflix in the direction of Shaunt Nigoghossian. Heron, the demigod son of Zeus is trying to save Olympus and Earth. He is a unique and original special character, made exclusively for the show, yet the demigods’ characters are implied to be common in the original myths. So many characters along with a perfect story! I will recommend this and should be on your wishlist.

The fantasy and action adventurous television series The Dragon Prince is created by Justin Richmond along with Aaron Ehasz. Set in the continents of Xadia, where the humans, gods, and dragons lived with each other, shared the place together. However, the humans were unable to use the magic naturally at that place, they started using dark magic, which invites the deadly war among all of the above. Viren, the advisor of the human king Harrow of Katolis, manipulated him to throw a war against the dragons to size over the place. He killed the king of the dragon Avizandum and his heir’s egg, but unfortunately, one of his eggs hatches. Children of the human king were trying to save the egg and to discover the real face of Viren. You should first watch the trailer of the series and don’t forget to watch the series after then.

Based on a video game under the same name, Castlevania is written by Warren Ellis and directed by Various. Under a false accusation that she uses witchcraft, the wife of the king Count Vlad Dracula Țepeș was burned. From then after, the revolt started as the king announced that all the people of Wallachia have to pay for this. Trevor Belmont and his son Alucard stand against him, and the series revolves around the battle between them. As the characters are quite interesting, you should definitely watch this series.

Dragon’s Dogma, again based on a video game, is a dark fantasy anime written by Kurasumi Sunayama in the direction of Shinya Sugai. An original anime series by Netflix, the plot of the series revolves around the challenges and difficulties of a man, who is on his journey for seeking revenge from a demon dragon who has stolen his heart. On his journey, he was being given life as an ” Arisen ” and the demons are playing against him. With a new concept and story, you should binge with this anime.

Created by Lizzie Molyneux – Logelin, Wendy Molyneux along with Minty Lewis, the series is a sitcom-based animation. The series focuses on the family and the father love of Beef Tobin, who along with his four children, Wolf, Ham, Judy, and Moon lives in the fictional town of Line Moose, Alaska. Every episode of the series centers on Beef’s love for his family and kids. You should definitely watch this cute family drama sitcom.

The Legend Of Korra

Also known as Avatar: The Legend of Korra is an American Animated Television series and a prequel of Avatar: The Last Airbender. Created by Michael Dante DiMartino and Bryan Konietzko, the series surrounds the adventures of Korra, who moved to the Republic City to learn airbending from the son of Avatar, Tenzin. She joins a pro-bending team and befriends Asami Sato. Meanwhile, her uncle Unalaq seizes power in the southern tribe and she ventures her journey as an Avatar. If you have watched Avatar, then you must be familiar with this series and enjoy every part of it. For fans who were waiting for any further season or a prequel of Avatar, this series is a great gift to them.

Created by John Harvatine IV and Tom Root in the direction of John itself, Crossing Swords is an American adult animated series, which surrounds the story of Patrick, a good-hearted peasant, but his life takes a turn and he gets stuck in all the misery. He soon gets to know that his kingdom is run by a group of dishonest people and crooks. His own criminal siblings are trying to make his life hell. War, bloody criminals and dishonesty surround everywhere, and his dream job became a nightmare. It would be a question of his integrity and dignity and how will he cope with this situation and get the best out of the bad things. Watch this surely and you will fall in the love and the characters of the story.