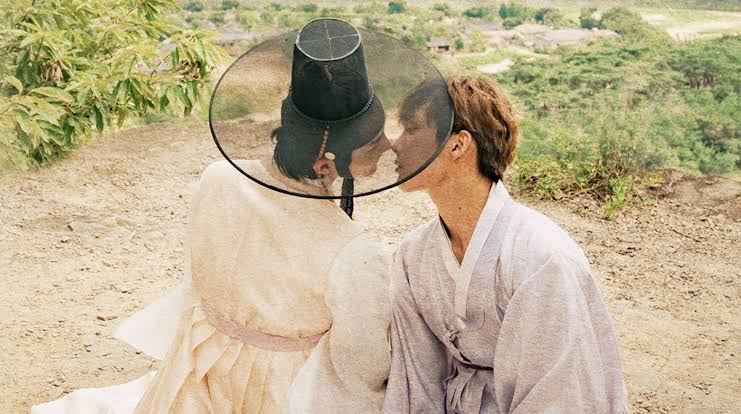 With the growing fanbase for BL Korean dramas, the production companies are coming up with extraordinary shows every now and then. One such show is Tinted With You. Directed by Ra Ha Na, the first episode of Tinted With You was released on 23rd December 2021. It is a South Korean show with 8 episodes. The final episode was released on 14th January 2022. Since then the fans are eager to know whether there will be any further developments in the show.

The plot of Tinted With You is definitely one of a kind. It revolves around history, romance, and fantasy genres. The show represents the LGBTQ+ community and most of the viewers have given positive reviews for the show. All episodes of the first season of Tinted With You are available with English subtitles and can be watched online on Viki. It has a rating of 7.9/10 on IMDb. Each episode has a runtime of 12 minutes.

Tinted With You Season 2 Release Date

As much as fans are excited about further plot developments, there is no confirmed information available about the Tinted With You Season 2 release date. However, looking at the growing popularity of the show, it is expected that the creators will announce further updates very soon.

Predictions say that if there is a second season of Tinted With You, it is most likely to be released in 2023. As for the predicted plot, there is no information available for that either. But some excited fans are posting on social media about a number of theories and predicted plots on Tinted With You Season 2.

Tinted With You Season 1 Recap

The storyline of Tinted With You is divided into two parts: one in the past, that is, Joseon Era, and another in present-day South Korea. In the first part, the story follows Crown Prince Lee Heon, who lives in the Joseon Era. The plot follows the feudal past of Korea where Lee Heon is forcefully dethroned by his cruel brother. Heon is sent to exile by his brother and constantly lives on the edge. That is because his brother wants to kill him and therefore hires assassins to do the work. Heon, only has one trusted friend, his faithful bodyguard, Geum who helps him survive and supports him all along.

The scene then shifts to the modern era, focusing on Eun Ho. He is a high school art student who loves to sketch and paint. He is so much involved in his art that it has become his world. When he gets commissioned to finish an incomplete canvas of a mysterious painting, he finds himself drawn back into the past. In fact, he travels back into Lee Heon’s timeline and both of their worlds connect. Gradually, they start getting closer to a romantic bonding. But with Heon’s brother wanting to kill him, the situation becomes grave for both of them.

Tinted With You Season 1 Ending Explained

In the latest episodes of Tinted With You, Heon and Eun Ho have a tough time and face a lot of problems throughout. They confess their feelings for each other and as much as their relationship is dreamy and beautiful, it is doubted whether Geum will accept it or not. However, all the doubts and confusions end when Geum tells Eun Ho that he wants him to stay and look after Heon.

Geum also accepts that Eun Ho is the reason behind Heon’s smile, which is why he should stay with them. But Eun Ho soon realizes that his exams are just around the corner. Therefore, he needs to go back to his own timeline. For that, he needs to finish the painting in order to travel back to his home. Eun Ho hides this fact from Heon so that his heart is not broken. But eventually, Heon finds out and he gets upset about it.

Tinted With You Season 2 Cast

The limited cast members of the show include:

MUST-READ: Are We Getting Station 11 Season 2 Release Date Soon!