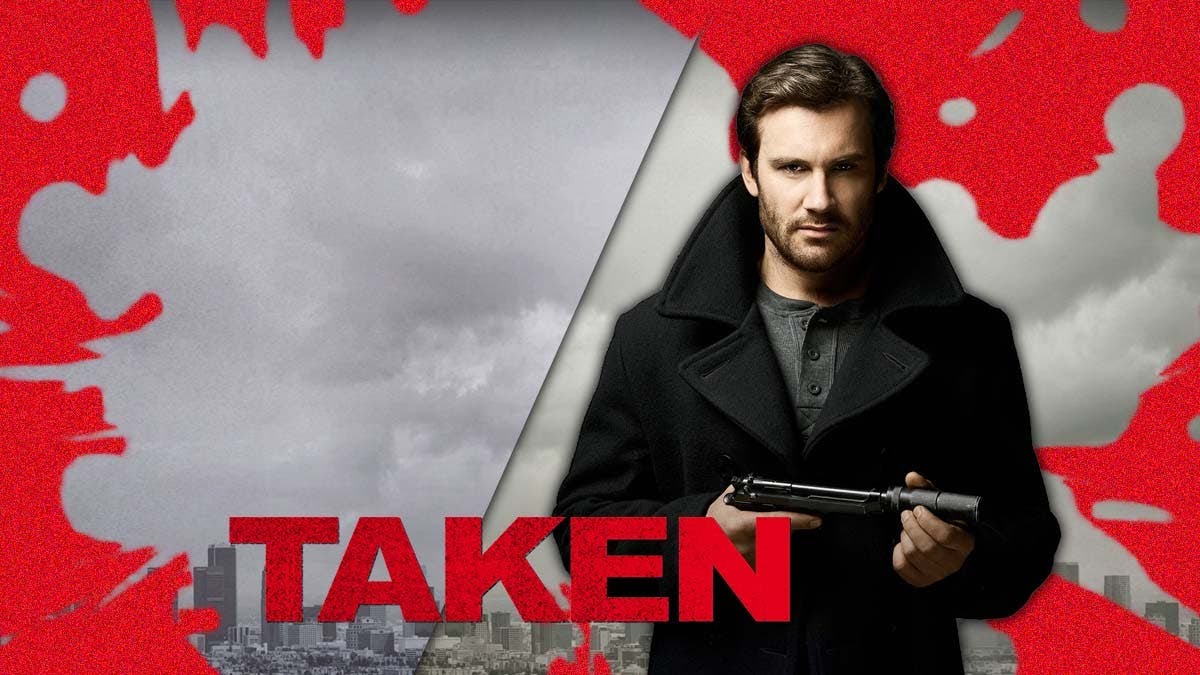 Get ready for a crime-based trilogy, as I have such a series this time. Based on the trilogy film series Taken by Luc Besson and Robert Mark Kamen, Taken is a television series full of crime, thriller, and action drama. The series is however developed by Alexander Cary. Released in the United States and France, the series currently has two seasons with a total of 26 episodes. It got released under FLW Films, EuropaCorp Television, Universal Television, Boomerang Productions along Matthew Gross Entertainment.

A 40 to 45 minutes long series aired on NBC in the United States and Altice Studio in France. Season 1 ran from February 27, 2017, to May 1, 2017, with a total of 10 episodes with its season 2, which ran from January 12, 2018, to June 30, 2018, with 16 episodes. If we talk about the ratings and reviews the series has got, then it got a mixture of positive and negative ratings. It got 6.6 on IMDb and 32 % on Rotten Tomatoes. It is liked by 78 % of people. Although the cast of the series was interactive and appealing to the audience, the series failed to mark itself as one of the best series.

After the heroic moves and actions of Bryan Mills, the fans are seeking and waiting for its next season; that is season 3. Although, the series could not make up in its television version, still, it could be bad news for the audience as the makers is not launching its season 3. In 2018, after the release of season 2, they had announced that the series will on – air at some time, but couldn’t. The reason behind its cancellation is pretty sure its low ratings and the incapability to mark its unique place, other than the film.

The plot of the series revolves around the former Green Beret Bryan Mills, who in his personal tragedy becomes a CIA operative. This job awakens his set of skills, of which he was unaware. His sister was killed in a train shootout with the two men he thinks of as normal terrorists. This incident although, shook his world but changed entirely. Hart, Deputy Officer Director of National Intelligence, and her team were tracking Mills after learning that he killed the son of Carlos Mejia, a drug dealer and a terrorist, and saving Mike Hall, a DEA agent. He was also seen being in a romantic relationship with Asha, his sister’s best friend. And, from here on, his journey as a CIA agent starts.

Clive Standen as Bryan Mills, Jennifer Beals seen as Christina Hart, Gaius Charles in the character of John, Brooklyn Sudano seen in the character of Asha along with Monique Gabriela Curnen as Vlasik. We also see Michael Irby as Scott, Jose Pablo Cantillo in the character of Dave, James Landry Hébert as Rem, Adam Goldberg seen as Kilroy with Jessica Camacho as Santana. There were also Dominic Fumusa as Harry Ward, Jennifer Marsala as Riley, Simu Liu seen as Faaron, Ali Kazmi in the character of Marzoki, Layla Alizada as Elena Morales, Peter Outerbridge seen as James Casey Alon with Christian Bako as Krystiyan.