If you are a lover of fantasy, drama, and action anime series, then you will be going to love this one. Dota: Dragon’s Blood is an animated epic fantasy television series, which is based on Dota 2, a 2013 MOBA video game, developed and published by Valve. The series is developed by the producers, Ashley Edward Mileer along with Ki Hyun Ryu in the direction of Park So Young and Kim Eui Jeong. The series got released in South Korea and the United States under the production of Kaiju Boulevard and Studio Mir.

Around 30 minutes long season 1 of the series got released on March 25, 2021, on Netflix. It got a positive rating of 7.9 on IMDB and 75 % on Rotten Tomatoes. It is also liked by 93 % of people. The second season was announced on April 19, 2021. Originally set for release on January 6, 2022, the second season got premiered on January 18. The series is now on-air with season 2, and has received a huge and positive response from the audience for its season 1. If season 2 is also able to make a good response from the audience, the makers will then decide to make a season 3 of the series. Till now, there is no announcement or news about season 3. But, if the series would be able to win the hearts of the audience, then come here again to know the release date of season 3.

The crispy battle starts between the dragons and the demon Terrorblade when the latter one decides to reshape the universe of his own desire and wishes. He feeds on the souls of the dragons so that he can become stronger and stronger day by day. To save all the dragons, Dragon Knight Davion, the hero came into the picture. He starts off as a dragon khelar but, in a battle between Terrorblade and fire dragon Slyrak, the demon injures Slyrak and him, to save himself bounds his soul with the Davion’s. His body was found by princess Mirana, who on the other hand, was finding the lotuses stolen from the temple of the goddess Selemene. They both assist each other in their journey.

Fymryn, who had stolen the lotuses in a belief that another goddess Mene will come on the earth, bring the lotuses to the sage tower to a sage named Invoker. He was in a romantic relationship with Selemene and they both had a daughter. Selemene, later on, sent them away, getting her daughter sick. Knowing that she can save her daughter, she let her daughter die. Being angry since then, Invoker wanted to take revenge on Selemene, and eventually joined hands with the demon. During the moon eclipse, Selemene soon become powerless and was on the serge to die. Seeing her like that, Invoker cherishes his victory.

Lara Pulver in the voice of the character Princess Mirana is the princess of the Nightsilver Woods and goes on a quest with her mute bodyguard, Marci, to recover the stolen lotuses. Yuwin Lowenthal in the voice of Davion is a Dragon Knight and hates dragons for massacring his whole family. Troy Baker in the voice of Invoker is a powerful magical Elven Sage who hates Selemene, the patron goddess. Freya Tingley in the voice of Fymryn is the Elven girl who steals the lotuses after hearing a prophecy about Mene. Tony Todd in the voice of Slyrak the Ember Eldwyrm is one of the eight great dragons and uses Davion as a host to stay on. 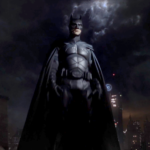