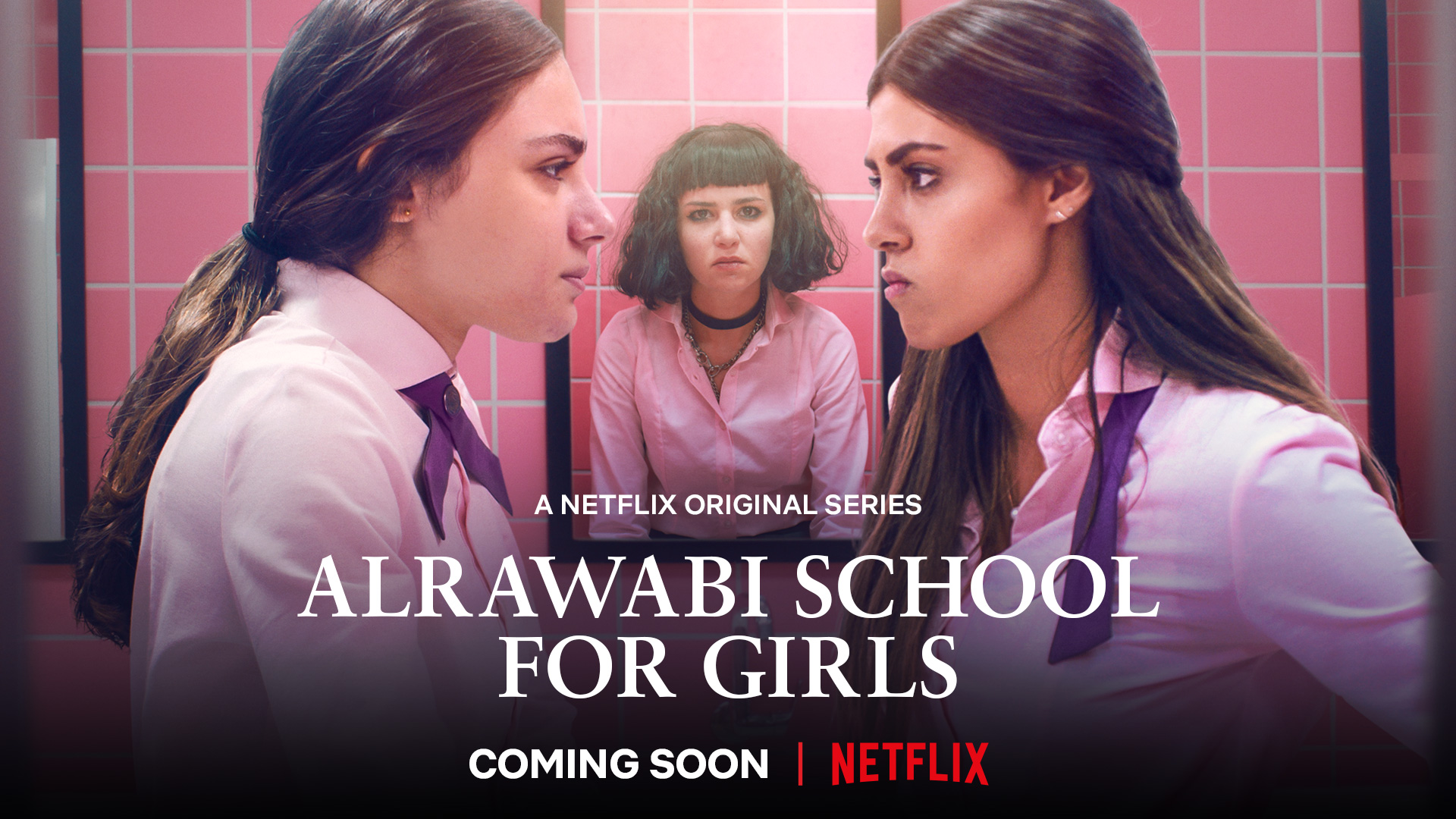 AIRawabi School for Girls is a Netflix drama series from Jordan. It is a streaming television miniseries about the impact of bullying on young women. This series is directed by Tima Shomali under the production house like Filmizion Productions on the behalf of Netflix. Tima Shomail, Shirin Kamal, Islam Alshomali, are the writers of this series and produced by Nadine Toukan.

Rachel Aoun and Ahmed Jalboush are the cinematographers and Eyad Hamam and Ibrahim Taani are the Editors of this series.

As of now, there are 6 episodes in its first season, with 45 minutes of runtime in each episode. This series was premiered on August 12, 2021. This Netflix miniseries premiered over 32 languages in 190 countries on Netflix. It has been dubbed in a total of 9 languages which include, English, Spanish, Italian, French, German, and Turkish. It is the second series of Jordan that has premiered on Netflix after Jinn.

Although there is no official update has been released yet, the fan is hoping for the return of the series. After the end of season one, this show suddenly got viral in whole Jordan. Despite being popular in Jordan, Netflix hasn’t much planned up for this series. This is not the first time Netflix has done to a show. There are more amazing shows like The Queen Gambit, Unbelievable, etc. that got ended after the first successful season. But AIRawabi school for Girls is not canceled, Netflix didn’t update anyone’s information just yet.

Fans are really hoping for the show to return, as they are tweeting and making hashtags trending in Jordan. If we get any further information on the show’s future we’ll update the page, so make sure to check it regularly.

At the beginning of the first episode, ‘School was my favorite place’, we see a girl being beaten up. During the tussle, she hits her head and falls to her death. Even When interrogated by the officials, no one seems to open up about the incident. Then we are taken back two weeks earlier. This is when we find out who Mariam is, the victim, the one who got assaulted. And the attackers are three popular girls of the school – Layan, Ruqayyah, and Rania. Mariam constantly gets bullied by them.

Mariam retaliates by complaining to the authorities about Layan’s secret of sneaking out of school to see her boyfriend, which Layan finds out about, and retaliates by attacking Mariam. Moreover, Layan frames Mariam and gets suspended. The series concludes with the revelation that Layan’s father is a very much influential and generous man who also contributes to the school. We also learn from the series that Dina and Noaf were also bullied by Layan and Noaf, so they readily agree with her.

Mariam becomes so adamant about her vengeance that even Dina and Noaf are starting to worry about her. She doesn’t spare any effort to avenge Layan’s poor treatment.

So, basically, this miniseries shows us a story about an elite private school in Jordan, where a group of girls got bullied. They plan revenge, but their action results are consequences that blur the line between bully and victim.

When the director Tima Shomali thinks of the idea of AIRawabi School for Girls, she didn’t specifically think about the release on Netflix. In an interview, she told that the streaming giants Netflix loved the show and planned to dub it in 9 other languages. She told in the same interview that she was thinking of making a show about bullying in schools, she also wanted the world to know about bullying as when they grow up, they didn’t know much about that term.

On April 13, 2019, she announced the show on Facebook, that she is about to create an original Arabic language Netflix series, titled AIRawabi School for Girls.