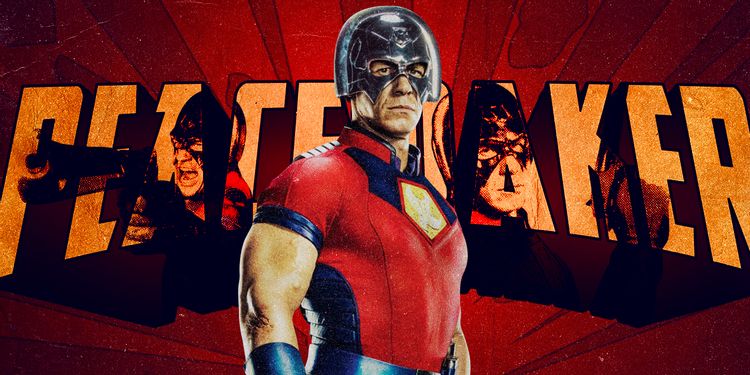 The suicide squad spinoff series, peacemaker has already set its premiered date to be the 13th of January,2022. A great start for the year, and mainly when DC comics is gifting us with a series based on one of its humorous creations. The story lies all around the supervillain peacemaker and his own squad. We currently fans are super excited as 3 episodes are dropping together on the premiere date of the series on HBO max channel. With that, we also get to the question about the 4th episode of the series. The 4th episode premiere date has already been announced and actually, the dates for all other episodes of the series have already been announced. For the fourth episode right now, the fans will have to wait till the third week of January and till then they can enjoy the first three episodes of the series.

With the show having a total of 8 episodes that have already been confirmed by the makers, we can expect the renewal of the show for a second season. The dates for the episodes of the first season have been confirmed, with the first three episodes premiering together on the 13th of January, the fourth episode is set to premiere on the 20th of January along with the 5th episode which is set to be released on 27th of January and the following episodes to have a weekly release more or less. The entire series is confirmed to be ended by February 17th. The name for the fourth episode of the series has not yet been announced and we will have to wait for a little for its release. Each episode of the series is also estimated to have a total runtime of about 40 minutes.

With the first three episodes of the series that have already premiered, we find episode three to be the most amazing one, peacemakers first encounter with butterflies, if you don’t know what the butterfly reference is, butterflies are the suspects that peacemaker has got to kill and they have got serpent-like tongues. With the first two episodes being completely introductory, the peacemaker gets his first mission and chance to work with his team in the third episode. While the head out for their first mission, vigilante, our supervillain’s best friend gets into the scene where he says how none of his teammates will be as good a friend as he is.

Then we see them proceeding the Goff’s home, the senators place, with the mission in hand to take out the senator along with his family and children as suspected butterflies, but the peacemaker isn’t able to do so and with a lot of chaos in hand we see vigilante and peacemaker getting kidnapped. By the end of the scene and the peacemaker shooting the senator right in the head and all other suspects dead, the mission is a great success, though the vigilante gets a little bit electrocuted in his private parts. By the end of the episode, the peacemaker finds out that the whole world is filled with thousands and thousands of such butterflies and he has got to get them all.

For the fourth episode of peacemaker, which has already been titled “The Choad less traveled”, we can look out for the judo master’s return who may be alive and is looking for payback after the third episode. Murn will also have some explanation to provide the time since peacemaker has got to know the truth behind project butterfly. We also expect Adam smith to have a part in the fourth episode and some clue on his actual nature will be revealed. With all this, our loved vigilante also has a chance to get into the team after he is also a part of a government secret project and with his skills, the team could easily locate the butterflies. To know more we will just have to wait for episode 4 to drop.

With already the three episodes out for the series, which have been a banger, here we are looking forward to the fourth episode, we have received a small promo for the fourth episode from the team and if you still aren’t sure about watching the series, the trailer is available on YouTube, go see it now.

ALSO READ: Are We Getting Inventing Anna Release Date Soon In The Future?